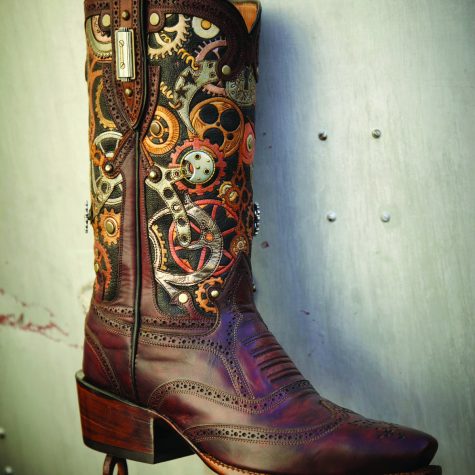 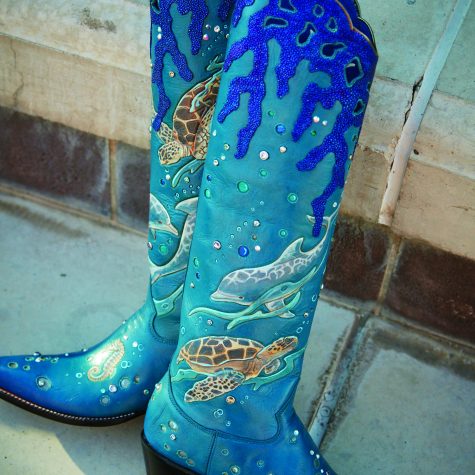 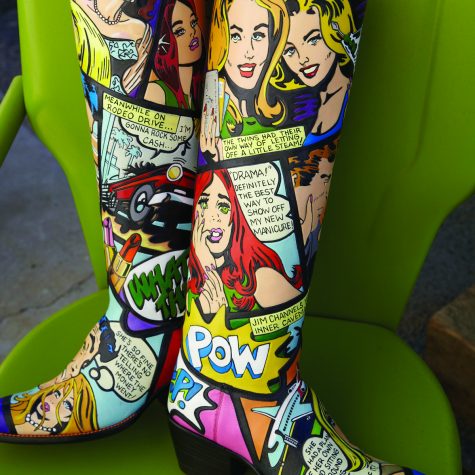 Western apparel is usually associated with a rural lifestyle, but alligator-skin cowboy boots, cashmere Stetsons and 14-karat gold belt buckles are increasingly donned in big cities, even outside of Texas. In fact, demand for luxury Western wear is driven by well-heeled attorneys and investment bankers whose boots may never touch the floor of a honky-tonk. Beverly Hills, the land of Prada, Gucci and Cartier, may not be the first place one would expect to find a shop specializing in cowboy boots and belt buckles, but a boutique called West has found a reliable clientele there.

As owner James Anderton observes, “Few pairs of high-end boots are sold to genuine cowboys, just as few Ferrari owners in L.A. ever race at Le Mans.” Both acquisitions, he explains, represent works of art that deserve showing off, and Anderton counts celebrities, Fortune 500 CEOs and affluent tourists among his customers. Like its fashionable neighbors, West specializes in conspicuous consumption, with its footwear prices rivaling those of Jimmy Choo or Christian Louboutin down the street. From Old Gringo, an artisanal producer in León, Mexico, are chocolate-hued leather cowboy boots for women embroidered with Swarovski crystals. And despite their stratospheric price ($12,995), men’s black alligator boots from Lucchese — the venerable El Paso brand has been favored by everybody from LBJ to supermodel Kate Moss — are conservative and understated. “These Western-style handmade products resonate with people around the globe,” says Anderton, who receives a considerable number of Middle Eastern and Asian tourists at his store. 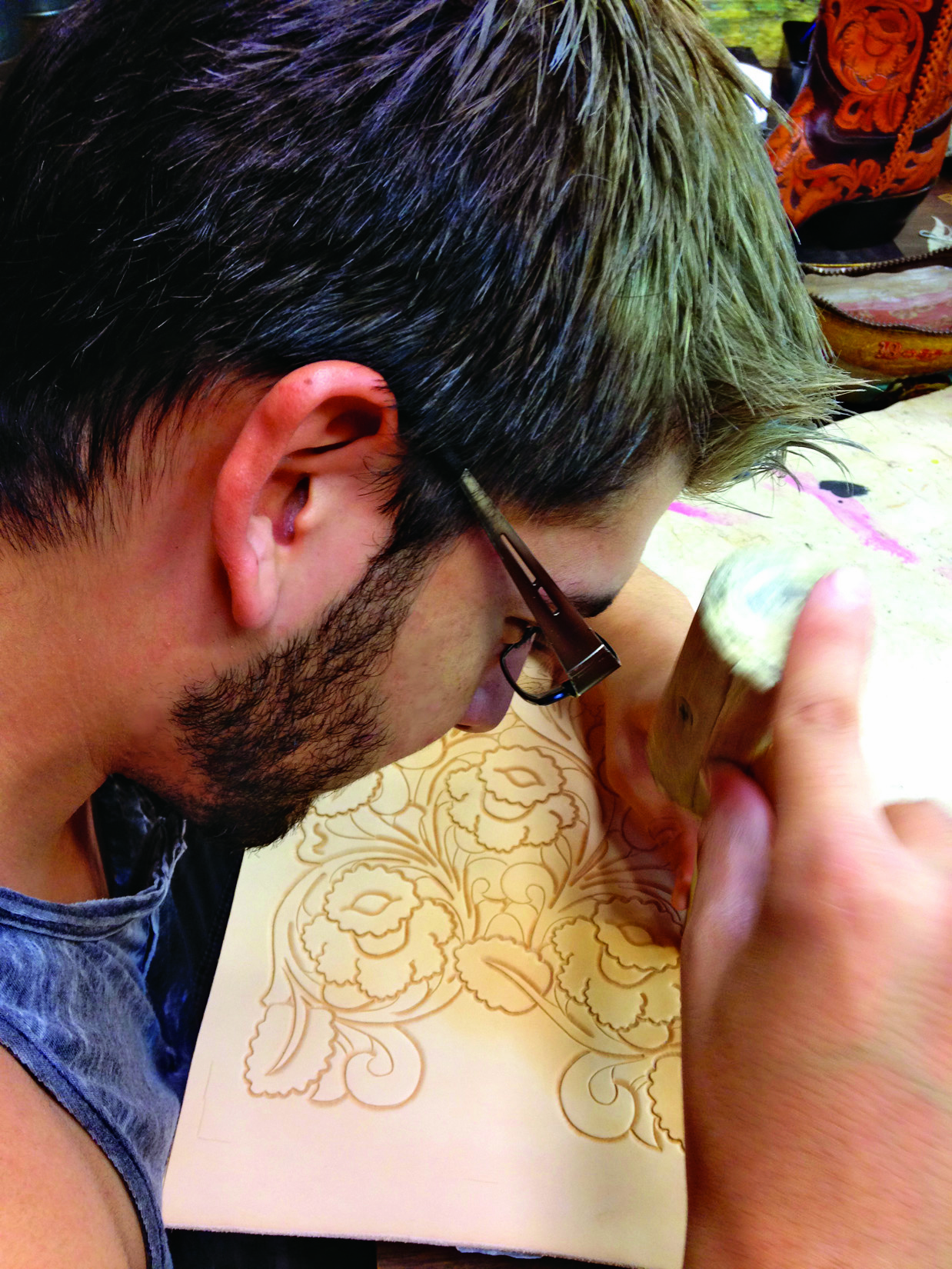 Belt buckles offered at West qualify as wearable art, including an ornately engraved piece from Texas artisan Clint Orms priced as high as a BMW. Worn by George W. Bush, Queen Noor of Jordan and Cindy Crawford, Orms’ signature is a combination of different colors of gold. At Kemo Sabe, a luxury Western wear retailer in Aspen, Vail and Las Vegas, you can also find Orms’ exquisite buckle art, as well as elegantly exotic knives from William Henry and elephant or ostrich skin styling from high-end bootmaker Rios of Mercedes.

Nancy Yoder, who owns Kemo Sabe with husband Tom, reports, “When you have authentic and beautiful merchandise, it doesn’t matter if you live in the city or ride a horse to work.” The store is well known for its hat selection, and Yoder admires the timeless style of a Stetson made exclusively for Kemo Sabe: a bone-colored hat crafted from beaver, winter hare and cashmere selling for $975 (without a hat band). Like Beverly Hills’ Anderton, she reports a significant international clientele, with the Las Vegas store accommodating high rollers from Berlin to Beijing. “Wherever you go on this planet, they’ve heard of the cowboy,” quips Yoder. 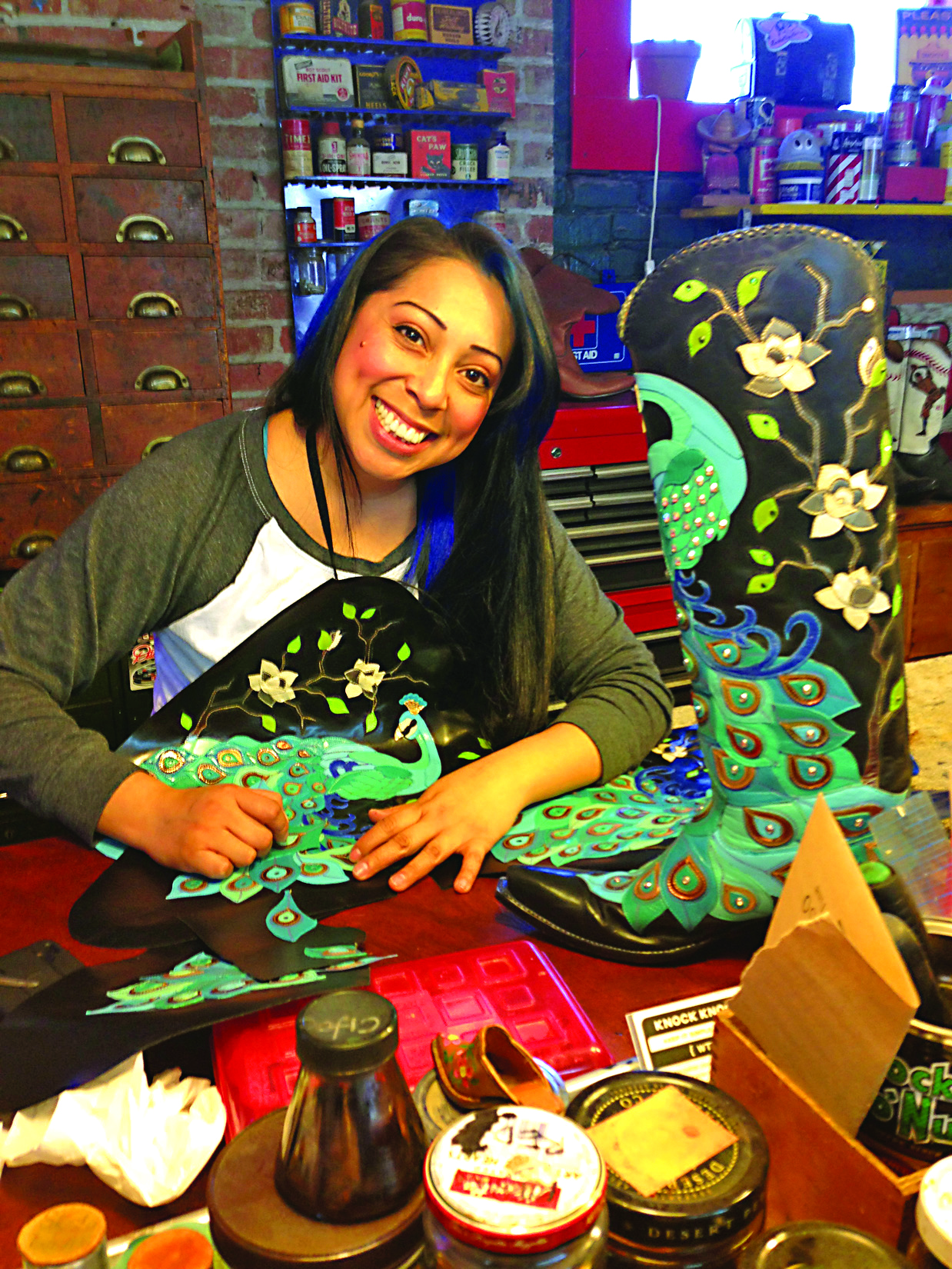 El Paso is the capital of the cowboy boot industry and homegrown Rocketbuster draws people from around the globe for custom fittings. Located in the city’s historic Union Plaza District, Rocketbuster’s turn-of-the-century building is rather unassuming, but prices for their custom-crafted boots with exotic leathers or meticulous, colorful embroidery regularly ascend into the thousands. Hand-tooled designs range from conservative elegance to whimsical imagery of Chinese dragons, skulls-and-bones or pinup girls. Rocketbuster owner Nevena Christi, a former New York fashion designer who is referred to as “Bosslady” by her staff, explains her brand’s appeal. “In a world of mass everything, people really appreciate what is handcrafted and unique,” she says, and cites everybody from Arnold Schwarzenegger to Steven Spielberg, Miranda Lambert to Yo-Yo Ma as custom-fitted clients. Portraying Rocketbuster boots as one-of-a-kind art pieces, Christi explains the company’s unique approach to design: “We don’t follow trends. We follow our passion and let the world decide for themselves.”

These retailers and manufacturers do not necessarily view their luxury products as representing a renaissance of Western apparel and accessories, but rather see themselves as part of an enduring, quintessentially American expression. Kemo Sabe’s Yoder asks, “Who hasn’t wanted to experience the ‘Western way of life’ at some time or another?”