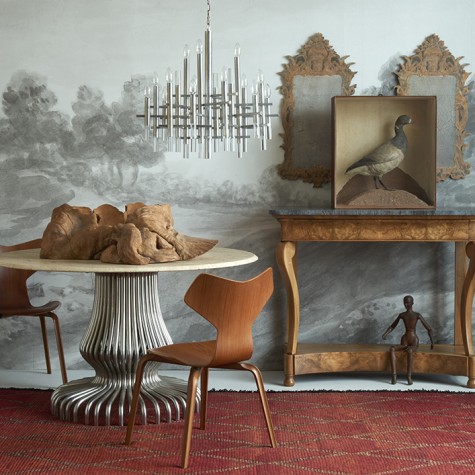 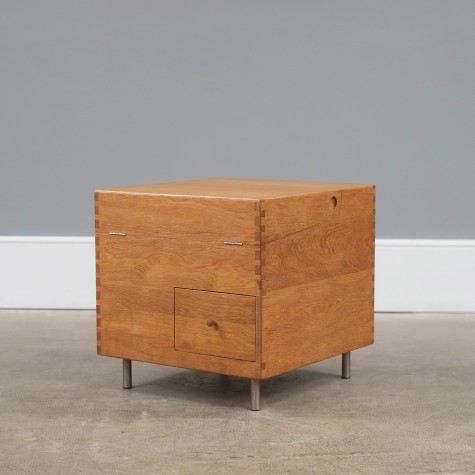 As we speak, London’s Battersea Park is swelling to accommodate 15,000 of antique dealers, decorators and discerning private buyers who want to personalize their homes with the rarest of rare: a King Charles I portrait, a vintage leather sofa from Longleat House, an iconic midcentury “Clam chair.”

Their raison d’etre? The Decorative Antiques & Textiles Fair. Launched by antiques dealer Patricia Harvey in 1985, the fair settles along the banks of the Thames in January, April and late September for what spokesperson Pippa Roberts calls “the UK’s most eye-catching and unusual interior design events.” Harvey’s concept was to mix decorative antiques with collectors’ items, ranging from art and accessories from the 20th century to the quirky, under one roof — a format that has stayed largely the same, despite the fair’s growth. Over the decades, it has attracted its fair share of designers (Billy Cotton, Candy & Candy and Kathryn M. Ireland are fans) and celebrities, from Helena Bonham Carter and Julian Fellowes to Oprah Winfrey (who reportedly arrived with her American decorator, Rose Tarlow). 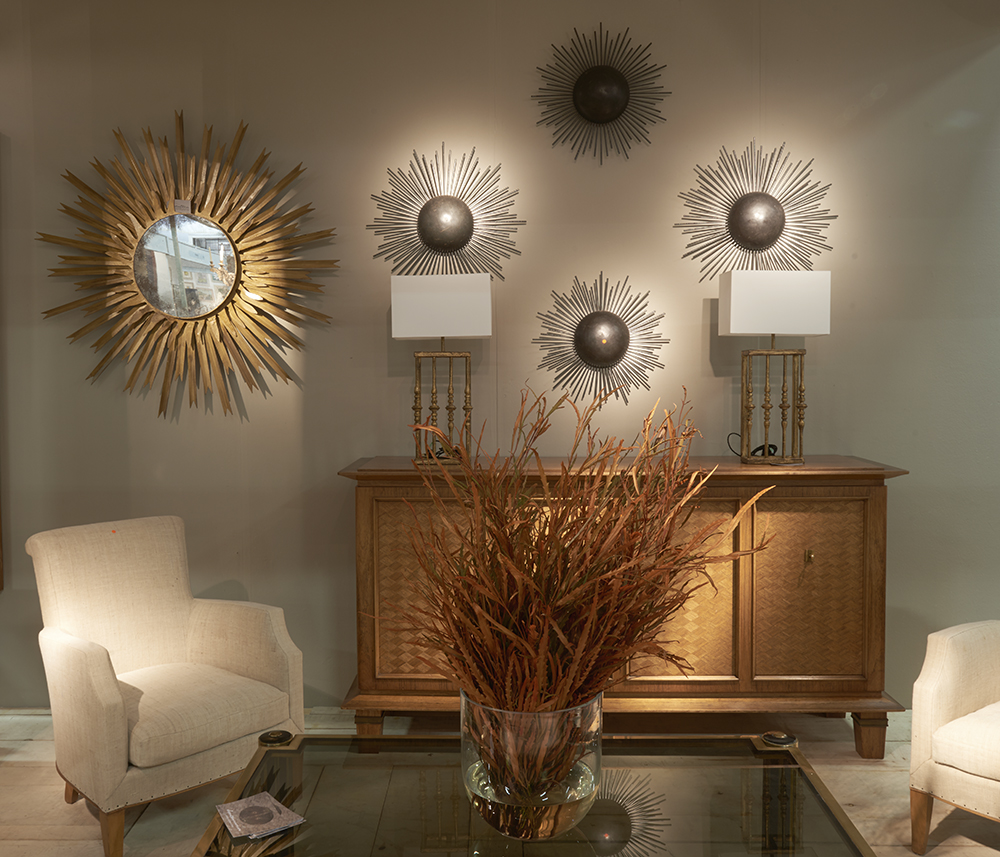 The Decorative Antiques & Textiles Fair is clearly a global collecting haute spot. We recently spoke with Roberts as she prepared to kick off the 2016 winter show.

Previews Inside Out What’s going to be on display this year?

Pippa Roberts A neat way to demonstrate the range of the fair is through the themed foyer display this winter, “Take a Seat: Three Hundred Years of Chair Design.” Among items will be a fine 17th-century oak wainscot chair with an extravagantly carved back panel depicting botanical motifs; the chair is dated 1689. In contrast, we have a (currently über-desirable) sculptural “Clam chair” of 1949. A rare, re-discovered design icon of early midcentury modern design, quite recently attributed to the Danish architect Philip Arctander (1916–1994), the “Clam chair” is now widely regarded as his career masterpiece. 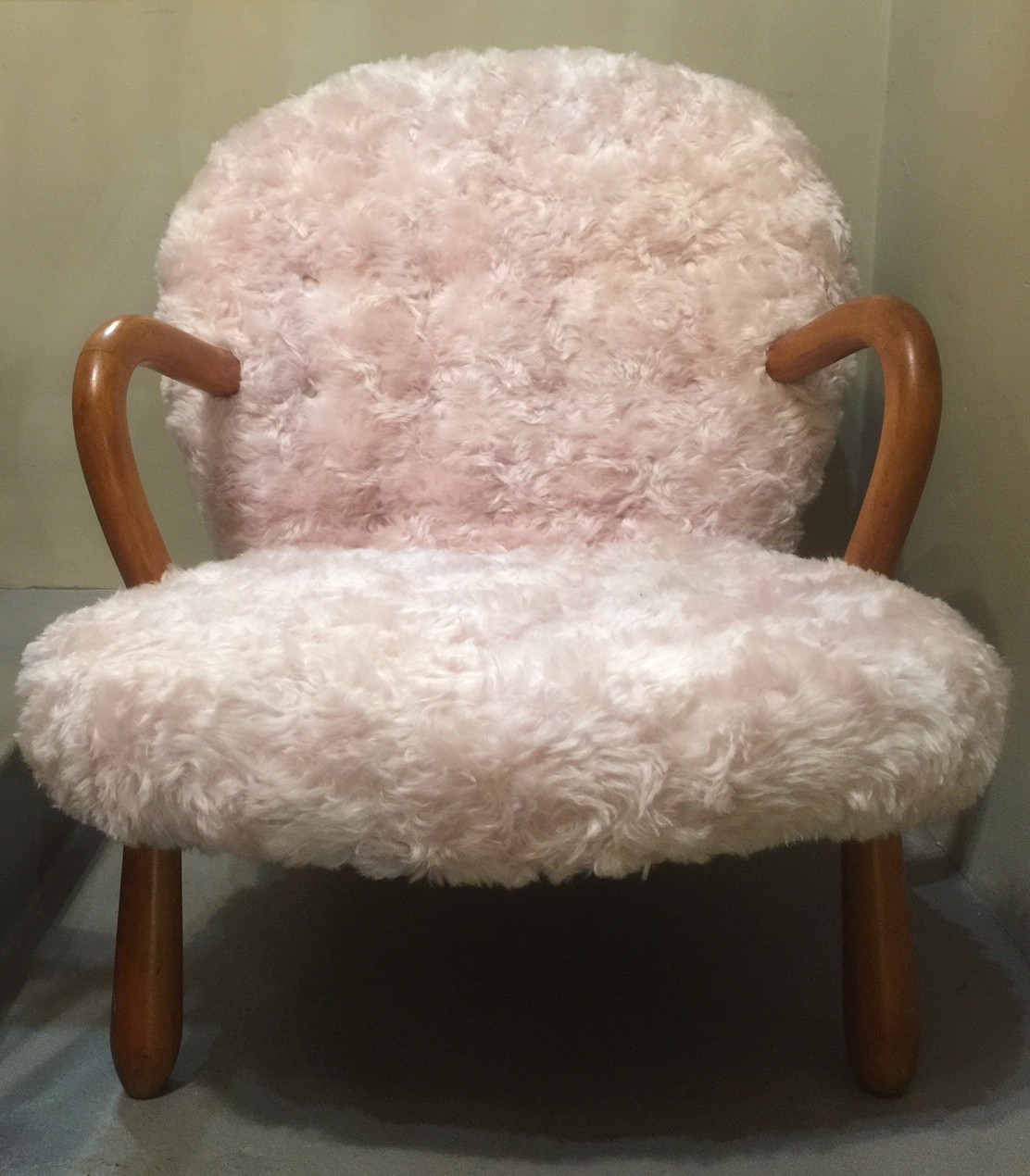 Previews Inside Out In 2008, the Decorative Fair was bought by David and Jane Juran, longtime exhibitors. What has been the most significant change since they came on board?

Pippa Roberts The Decorative Fair formula proved such a success with the public and so popular with the exhibiting dealers that David and Jane Juran were careful to change very little. Small tweaks have been made; for example, exhibitors are now allowed to remove sold stock and replace it immediately, which means customers benefit from constantly changing displays. In fact, many trade and private buyers visit several times during the six-day event, to make new finds! And the balance of stock at the fair has been carefully curated to ensure the event appeals to younger buyers as well as more seasoned antiques aficionados. The general dateline is now 1970, although art and design of exceptional merit are allowed up to the present day. Prices for small items such as vintage glass stemware can start from as little at £10, so there is definitely something for every budget.

Previews Inside Out Now there are around 150 exhibitors and three shows a year. Is it difficult for a visitor to see it all? Where to start?

Pippa Roberts Two answers! For someone coming to purposefully look for a piece of furniture, or for larger items such as mirrors, textile art and paintings: firstly, make sure you know the dimensions of the space you wish to place your purchase in, and bring a tape measure with you. Thus, if you see several tables or mirrors you like equally, you can limit your choice based on the one most suitably sized for the purpose.

For someone simply wanting to browse for inspiration, we recommend walking the aisles from left to right. Stop for refreshments (coffee and cake, or a glass of champagne — there is a coffee bar at the back of the fair and a brasserie restaurant at the front). Then, walk every aisle again, but from the opposite direction. That way, you pass every stand and see the displays from different angles. This ensures the maximum likelihood of not missing anything! Visitors should allow around three to four hours to thoroughly enjoy all the fair has to offer.

Previews Inside Out What’s your advice to someone coming for the first time?

Pippa Roberts If you’ve never shopped for antiques but like the idea of treating yourself to a purchase, come with an open mind and a budget to stick to. You will almost certainly find something to tempt you. My best personal rule of thumb is that if an object makes you smile, it is sure to be a lifelong success. One last tip – if you are really excited by an item, remember: it is likely to be a one-off piece. If you don’t strike when the feeling takes you, you may be disappointed to find the piece has sold if you come back later in the week. 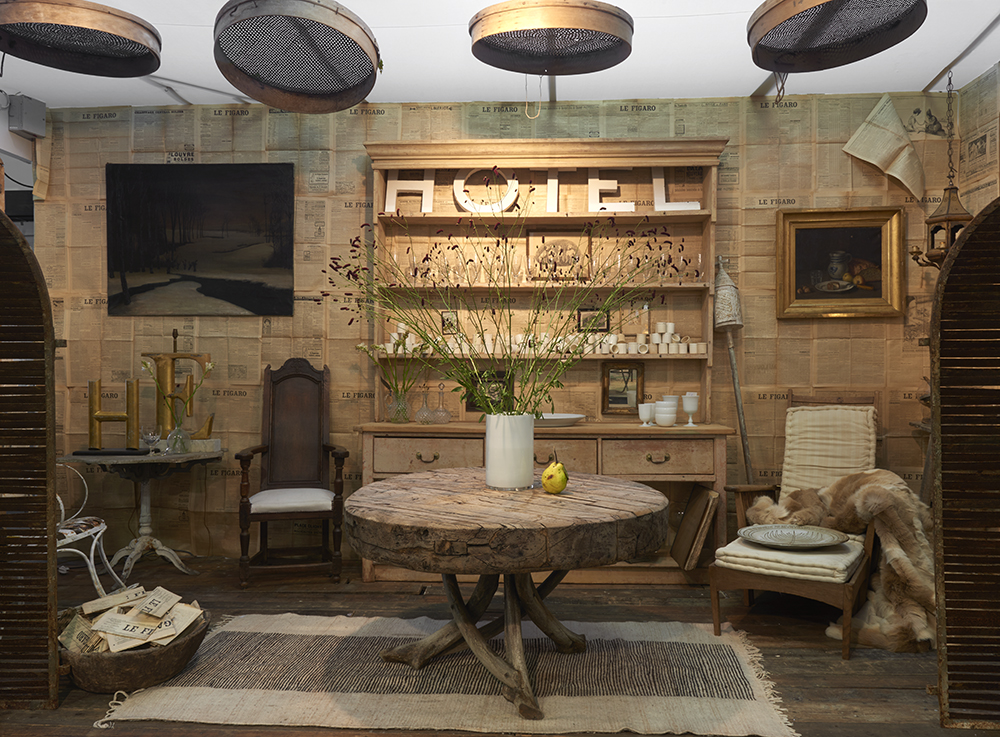 Previews Inside Out For each fair, you have a themed foyer display, highlighting stock for sale by exhibitors. What are some of the themed rooms you will be featuring this year?

Pippa Roberts The Winter Fair will focus on one of the most popular purchases made at the Decorative Antiques & Textiles Fairs. “Take a Seat: Three Hundred Years of Chair Design” will be the foyer feature, with examples drawn from exhibitors. The display will demonstrate the evolution of chair styles from the 1700s and 1800s, arts and crafts, modernist, Memphis group and architect-designed pieces. All items will be for sale. Our spring event in April coincides with the 90th birthday of H.M. Queen Elizabeth II (April 21), so the fair foyer will focus on designs and works of art with a royal connection – whether by makers or artists with pieces in the Royal Collection, or with links to royal palaces, and items created for royal occasions such as ceremonial seating. Chairs from the 1953 coronation and the 1969 investiture of the Prince of Wales have seen a rise in interest lately.

One of the first specially designed foyer displays was created for the fair by regular trade buyer Nicky Haslam, to mix antiques and 20th-century design, regular themed foyers began in earnest a few years later.

Previews Inside Out What were some of the more outlandish or interesting items sold in years past?

Pippa Roberts There are too many to name, but these items immediately come to mind: a group of 14 antique taxidermy ducks to a retail buyer from Milan; a Pearly King’s dress coat from the 1920s (which had ribbons to map all the places the owner had collected for charities); a £55,000 19th century Rococo mirror; and even an aeronautical fighter plane ejector seat (which was converted for use as a chair). 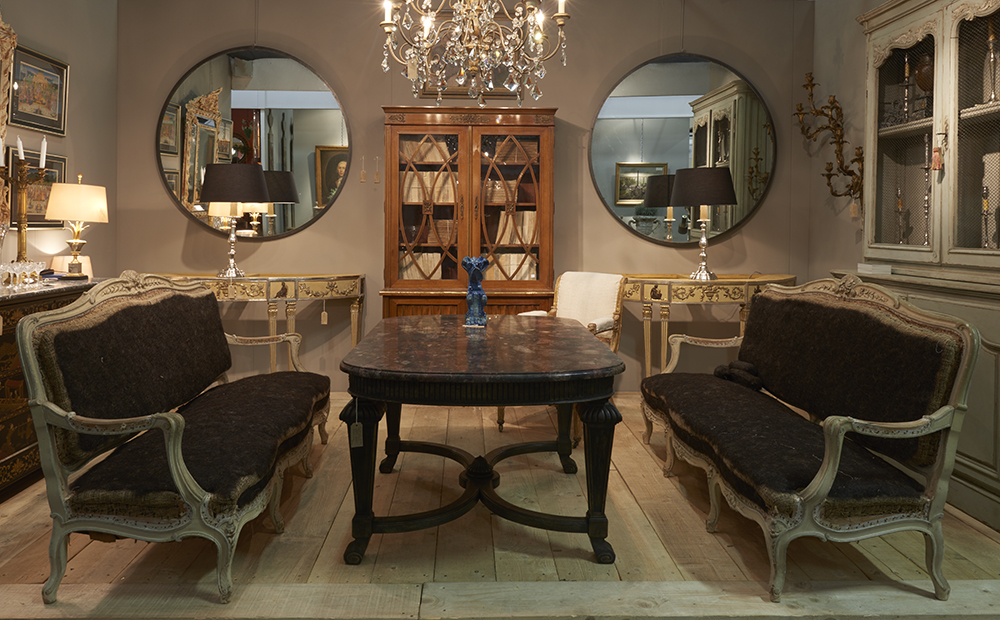 Pippa Roberts The lovely thing about antiques fairs is that they offer timeless style and classic items, so nothing is ever “out of style.” However, some fashions do come and go; on the up at present is art deco, 1980s Memphis Group post-modern design pieces, flamingos (replacing pineapples as a motif du jour), white French faience table ceramics, fairground art, plain antique country wood furniture (an element of the “rustic chic” look), and 1960s–1970s style. Fornasetti continues to be popular, especially buoyed by the designer’s recent retrospective exhibition in Milan.

Previews Inside Out What’s your favorite historic period for antiques? Do you collect?

Pippa Roberts I love the elegance of the Regency era and find French art deco furniture very chic. I don’t collect anything specific but acquire eclectically, and love to buy unusual smaller pieces such as folk art and prints. I have a weakness for quirky lighting; my dining room is home to a very pretty midcentury French tôle wall light in the form of wisteria branches, which I just couldn’t resist! It was my first purchase at the fair, and it still makes me smile.

Previews Inside Out Collectors always say to “buy what you love.” Would you add anything to that collecting mantra?

Pippa Roberts They also used to say, “Buy the best example you can afford,” inasmuch as the best is more likely to appreciate in value. However, collecting habits have changed so much in recent years (very few collectors now specialize in niche subjects), so buying as an investment is not necessarily a guaranteed thing.

Previews Inside Out If you had to pick one antique value buy, what would it be?

Pippa Roberts A great deal of Georgian furniture is currently very well priced, more affordable now than it has been for a decade. Now might be a good time for buyers to consider owning at least one good Georgian item of furniture to decorate and use in their home — perhaps a classic sideboard or serving table for the dining area, or a secretaire. These pieces can mix quite happily with modern furniture, and polished darker woods work exceptionally well with ornate, colorful, or patterned wallpapers, as the neutral but rich tones of the wood do not distract the eye from the decoration.

The craftsmanship of antique furniture is second to none, and it is also a purchase of conscience – ecologically sound and the ultimate in recycling.