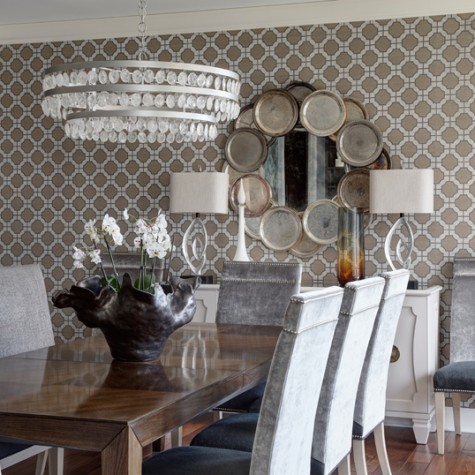 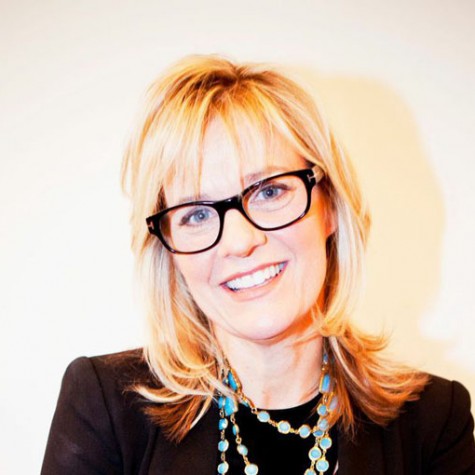 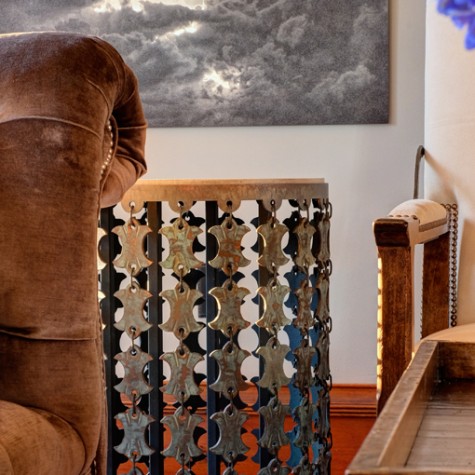 When the topic of design takes center stage, New York and Los Angeles usually steal the spotlight. Known for consistently churning out design stars like Vicente Wolf, Martyn Lawrence Bullard and Cliff Fong, these two cities have long been considered the barometers of style. However, Chicago—the geographical and creative midpoint between these two coastal metropolises—deserves its rightful place on the design map.

Thanks to a dedicated group of homegrown talent over the years, the Windy City has come into its own as a design mecca. Just ask Julia Buckingham, of Buckingham Interiors + Design. The interior design veteran has lived in Chicago for over 35 years, only to become a champion of Chicago-style mixing. Her innate ability to blend the classic with the modern and everything in between has earned her continual recognition among her peers. She is a coveted speaker and Style Spotter at the International Furnishings Market in High Point and is part of the five distinctive personalities that make up the popular Material Girls blog, re-launching later this year. 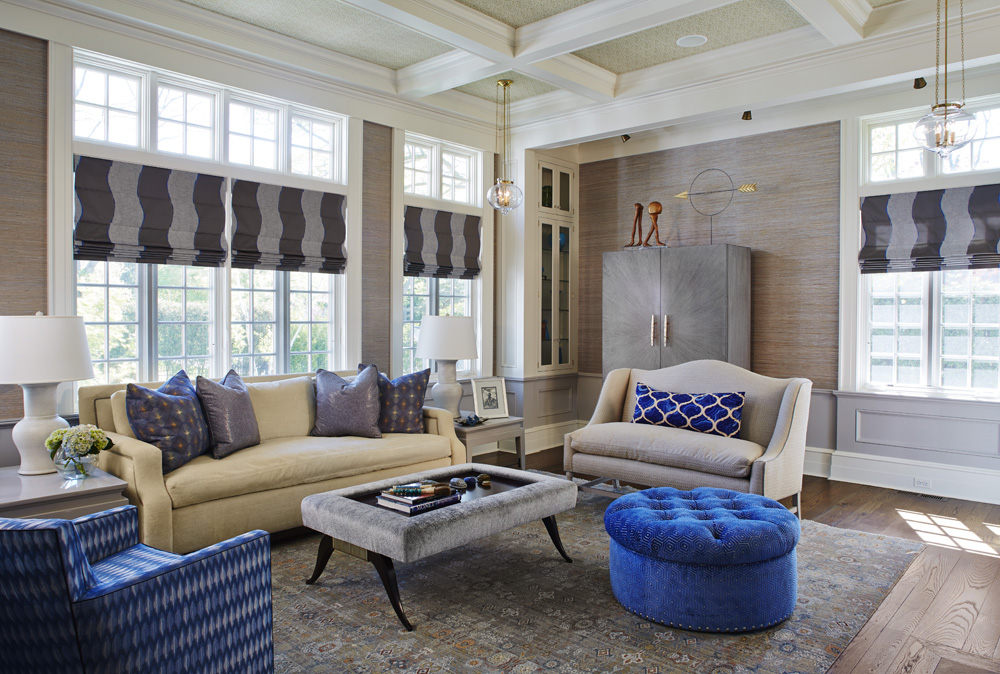 Previews® Inside Out caught up with Buckingham to find out more about what inspires her pairings and what makes her style particularly Chicagoan or, as she says, “universal.”

Previews Inside Out From where do you typically draw inspiration?

Julia Buckingham Since I worked with Neiman Marcus for years, I’m often inspired by fashion. I keep a close eye on all of the major fashion houses—Chanel, Hermès, Missoni. I’m also obsessed with the American Southwest. I went to college there, and my family has a second home in Phoenix. I don’t necessarily mean the design. I mean the region’s lifestyle and natural surroundings. I’m also inspired by the French flea markets. I do a lot of work in Spain as well, and I am always struck by the beauty of Spanish tilework when I’m there. The tiles display these unusual color combinations—like peacock blue with pistachio green. These color combinations might seem modern now, but when you see them in 400-year-old tile floors in Moorish castles, you get a sense of the cyclical nature of design. It’s just like fashion. Everything comes full circle. 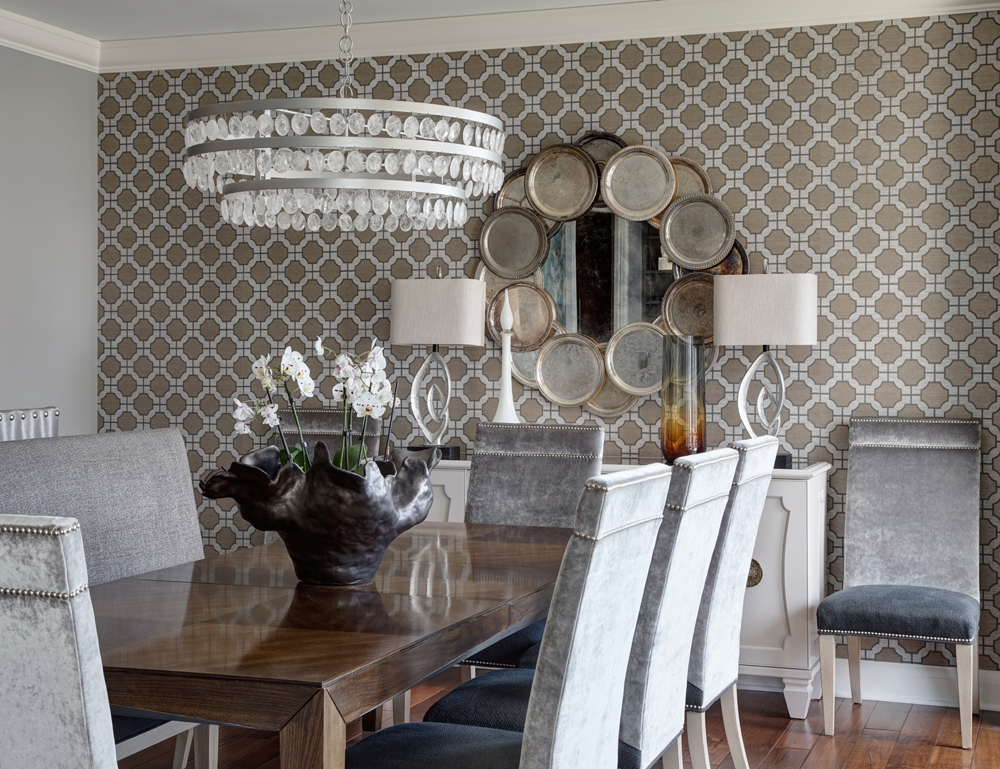 Previews Inside Out You’ve coined the term Modernique® to represent your aesthetic. What does it mean?

Julia Buckingham Modernique is about weaving together a tapestry of antiques, artifacts and modern pieces to reflect the way people live today. The passion for the objects comes together and becomes the “glue” that binds the modern with the antique. 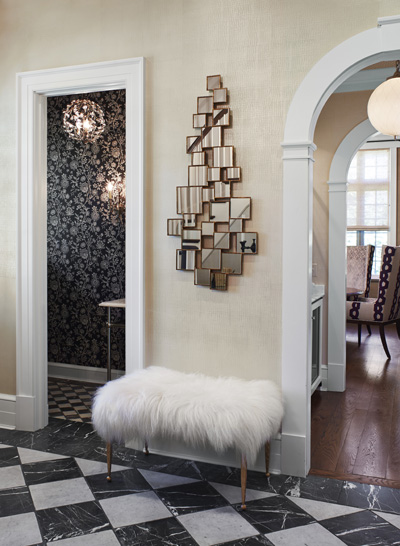 Previews Inside Out Is Modernique® particularly Chicagoan, do you think? Or does it have applications in every city?

Julia Buckingham Chicago definitely has an architectural footprint. It has been the home of many talented and famous architects over the last 200 years—Mies van der Rohe, Frank Lloyd Wright, George Maher, David Adler. There are many examples of historic architecture here. But I’ll tell you—it’s the most wonderful experience to walk into a beautiful David Adler mansion and find modern art! It makes people gasp and causes conversation. I do think Modernique® is universal. Global influences are immediate across the Internet.

Previews Inside Out How is Chicago interior design different from that of other cities like New York or Los Angeles? 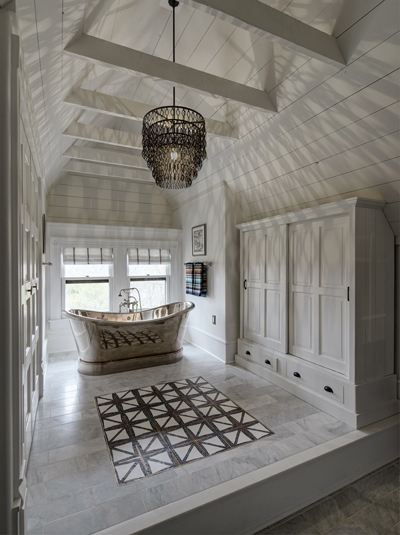 Julia Buckingham Chicago has always been the nation’s “second city” in a lot of ways. A lot of the Chicago design left for New York, but I’m firmly planted as a Midwest designer. I think Chicago design is unbelievably forward and fast-paced. Sometimes we’re overlooked. In terms of style, downtown Chicago isn’t that much different from New York. You know, a Lakeshore Drive condo at Trump Tower is going to be similar to the look of a high-end modern building in Manhattan. We’ve also got an enormous financial community. There is an incredibly synergy to New York. In Chicago, however, we don’t design outdoor spaces like Los Angeles, nor do we have the strong ties to modernism. I think Chicago is inherently more traditional. Midwest values are very real. And that also means that we’re not as formal. There is a movement away from the large, opulent entertaining spaces of the past. Nowadays, people want every room in the house to be functional. They want their children to enjoy every room in the house.