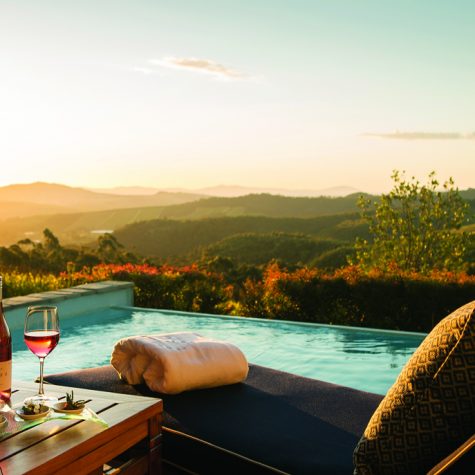 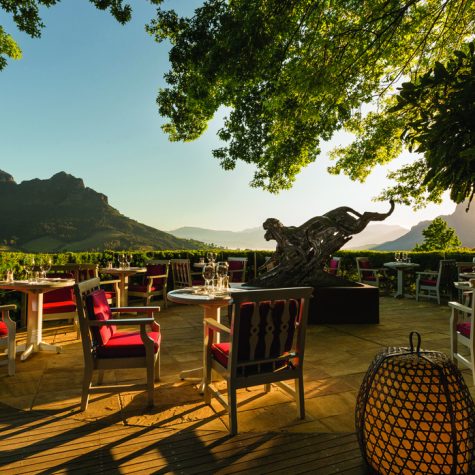 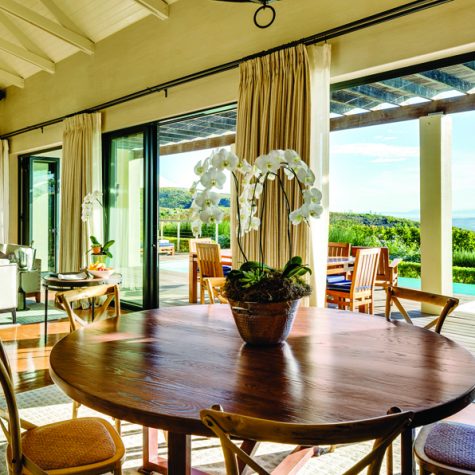 “I visited the estate for the first time back in 2003 and felt a strong connection in an instant – it was love at first sight.” ~ Laurence Graff

Connections, like the kind diamond jeweler Laurence Graff describes, are not exactly hard-fought when you experience the majestic qualities of South Africa’s Stellenbosch winemaking region for the first time. The craggy summits of Simonsberg and Groot Drakenstein rise above you, granite plutons enveloping you in a beauty that can almost leave you breathless at times. The mountains offer not just visual inspiration in Stellenbosch. You can also taste the mountains in the wine, minerality fashioned out of the rocky soil and offshore breezes. It’s a place where Chenin Blanc (beloved winemaker Ken Forrester once called it South Africa’s “national grape”) — thrives.

The Stellenbosch valley — one of three that form the Cape Winelands — boasts the largest number of wineries of any of the Cape’s regions. So, it was no surprise when Graff, a man with a talent for discovering the world’s rarest of diamonds and gems, immediately regarded 39 acres on the Helshoogte Pass crest as his next “jewel.” He purchased the property in 2003 and spent six years building what would eventually become Delaire Graff Estate, featuring the beautiful Lodges & Spa, a five-star Relais & Châteaux hotel and ode to art, wine and South African hospitality.

Today, the David Collins-designed estate boasts some of the most incredible views in Stellenbosch — a stunning backdrop to enjoy the enviable list of amenities the property has to offer, including restaurants, a spa, boutiques, botanical gardens, a state-of-the-art winery and 10 exclusive lodge suites, each with an infinity plunge pool and a timber deck overlooking the winelands. Intrigued by the prospect of wine tasting in the midst of such beauty (natural and man-made), Homes & Estates recently conversed with Johann Laubser, the general manager of Delaire Graff Estate.

Stellenbosch has been called the Napa of South Africa. Would you say that’s a fair assessment?

It is indeed a fair assessment. Stellenbosch is the historical and cultural center of the South African wine industry. It predates Napa by 150 years, but, like Napa, it features a mix of older and contemporary modern wineries where architecture, music, art, gardens and cuisine are all part of the experience.

To what would you attribute the popularity of Cape wines on the world stage, and where does Delaire Graff fit into that equation?

The quality of South African wines has improved significantly since their introduction to the world stage in the early 1990s. Today, South African wines comfortably compete with the finest from both the Old and New World, often being described as a style that would fit that description. A second contributor is that they generally offer outstanding value for money. Delaire Graff Estate has acquired a reputation for producing outstanding wines and hence has become one of the acclaimed wineries of the country. 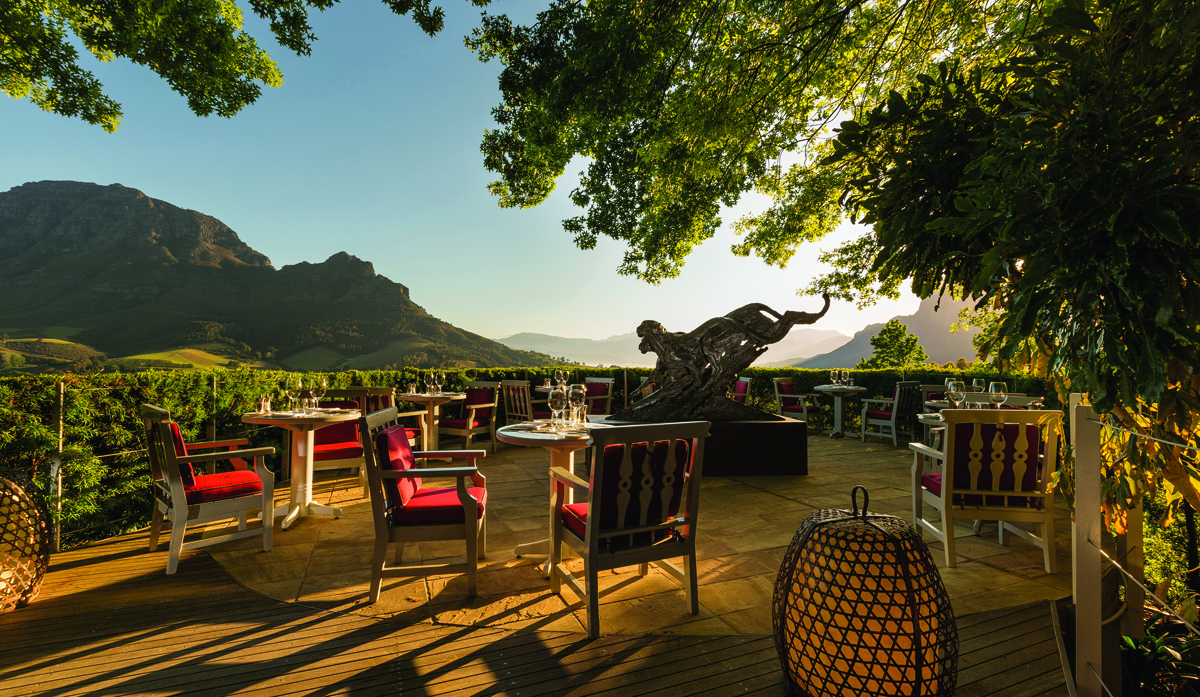 Are visitors to the estate predominantly local, from within South Africa, international or a mix?

Visitors to Delaire Graff Estate come from all corners of the world. Approximately 60% of visitors are foreign. Within this mix, Europeans dominate. North and South American visitor numbers are growing exponentially, which is very pleasing.

What would you say sets Delaire Graff apart from other Helshoogte and Stellenbosch vineyards, both from a wine perspective and an estate perspective?

Delaire Graff Estate is situated on the most dramatic and spectacular site of the Helshoogte Pass. The views and vistas are remarkable, as is the property, with its stylish architecture, extensive gardens, manicured vineyards, art collection, Graff Diamonds store and other attractions.

While the region has many highly reputable wineries, no other producer has been as awarded for its wines, in recent years, than Delaire Graff Estate. 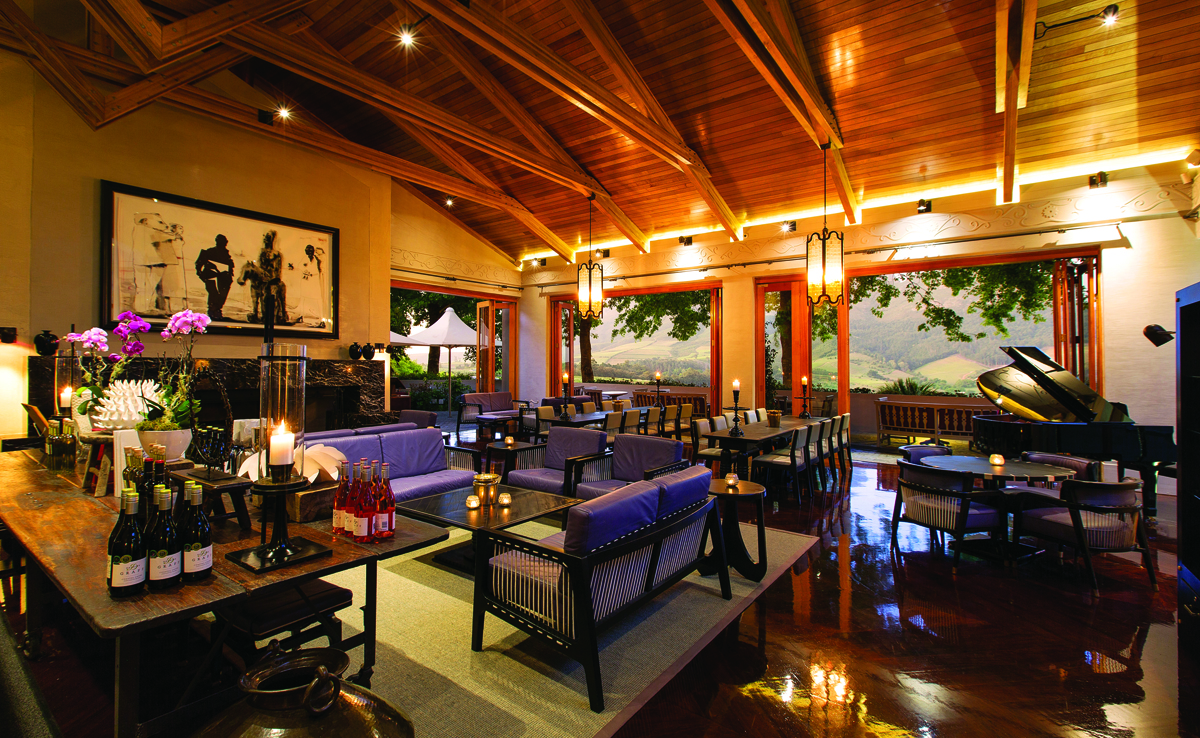 How does that allure translate to the ultimate luxury wine tourism holiday for guests?

The allure of the setting is complemented by a refined and multifaceted experience. Guests continue to visit the Cape Winelands because it offers exceptional beauty, exceptional wines and cuisine, authenticity, a sense of place and space and, for the time being, value.

Much has been said about the topography of the estate, especially the steep slopes. What are some of the inherent challenges to the site, and what are the advantages?

The topography makes the cultivation of vineyards challenging and expensive. Certain slopes have had to be terraced to accommodate vines, and special precautionary measures have to be put in place to combat erosion during the rainy season. Fortunately, our soils are rich, deep and well drained — ideal for the making of good wines.

How did the location play into the development of the north-facing slope, which became the terraced Chardonnay vineyard?

One of the slopes on the farm forms a natural, four-acre amphitheater. However, its steepness necessitated the construction of terraces for the planting of vines. Once planted with Chardonnay vines, we discovered that, not only was it unique in that only a handful of terraced Chardonnay vineyards exist in the world, but we also found that the wines it yielded were truly outstanding.

How rewarding has it been to enjoy the success of the Chardonnay, which the Tim Atkin South Africa Report 2015 said “promises to be one of the best Chardonnay sites in Stellenbosch?”

It is always rewarding to get the endorsement of an independent expert. It affirms that our decision to go with Chardonnay for the site was correct and fills one with anticipation for future vintages. 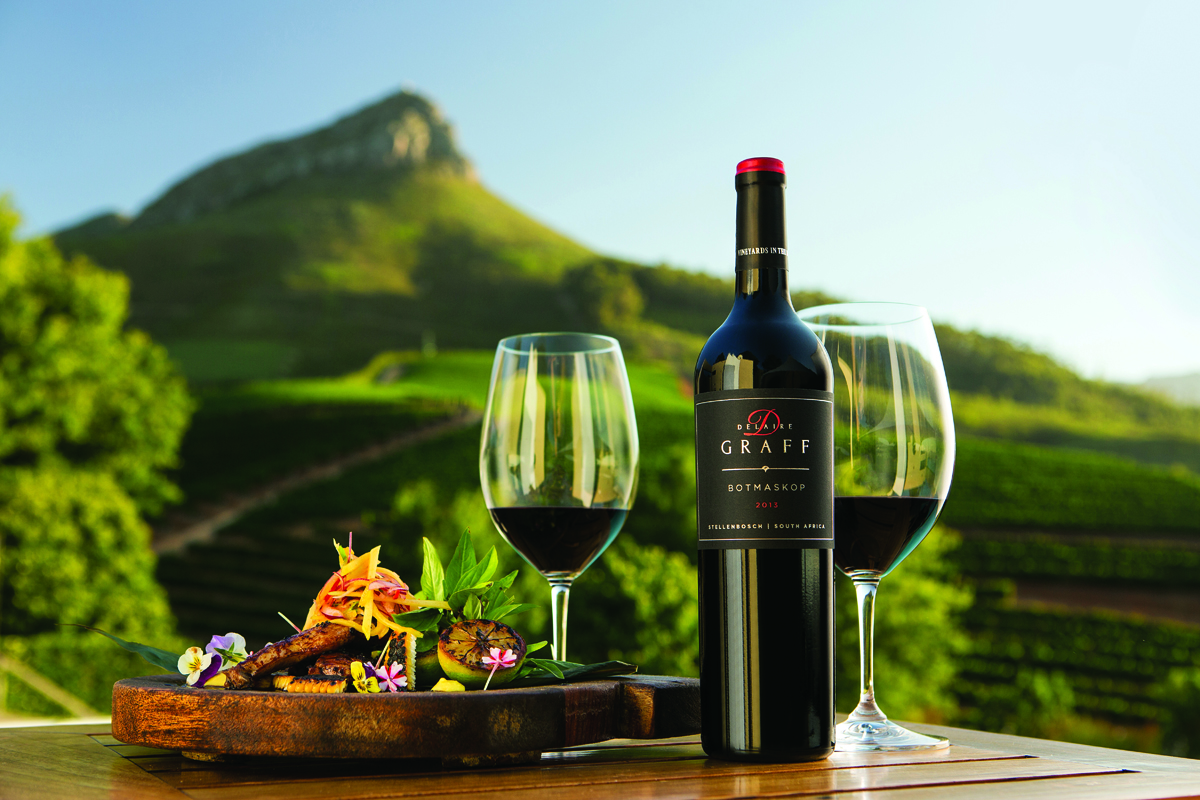 Morné Vrey, our esteemed cellar master, has an intuitive feel for crafting red wines that are structured and refined. All of the component parts of the wine are in harmony and complement one another. Not only did it receive the highest accolade at the Prescient Cabernet Sauvignon Report, but was named Best Cabernet Sauvignon and Best Red Wine Overall at the recent Old Mutual Trophy Awards, with Delaire Graff having been named the 2016 Producer of the Year.

Forgive the reference, but it sounds like a gem.

Captivating on the Cape: Inside the Delaire Graff Estate

Captivating on the Cape: Inside the Delaire Graff Estate