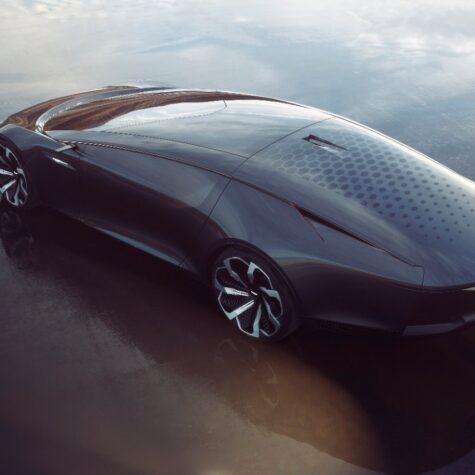 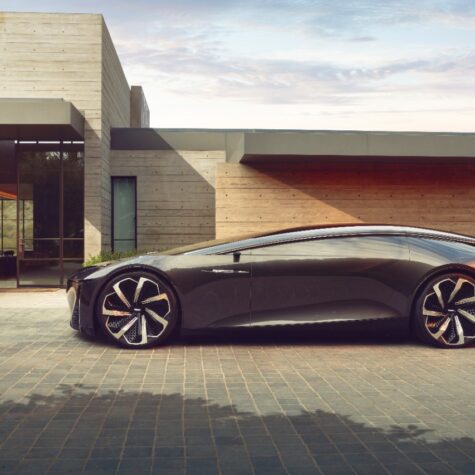 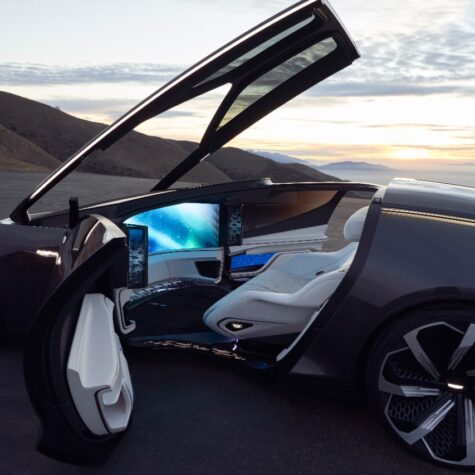 The concept car has become a way for luxury automakers to not just showcase new drives or reveal flashy designs and technologies. More exciting lately, the concept car has become the automaker’s lens offering its unique vision of the future. The latter is the platform from which Cadillac just revealed its latest concept — InnerSpace — at CES 2022.

With InnerSpace, the American luxury car brand has completely reimagined the future of mobility. Or more specifically, reimagined “the vision of future personal autonomous mobility” — per Cadillac.

What’s exciting about InnerSpace is that it taps into many of the newfound “higher” luxury values that now drive the modern affluent consumer in the pandemic era. Electrification (or environmentally sensitive sources of energy), personal autonomy, space and wellness are all movements that pulse through the forward-thinking two-passenger concept vehicle.

Evolution of the Halo Concept Portfolio

Designed to be electric and autonomous, the two-seater InnerSpace is the third member of the Cadillac Halo Concept Portfolio. 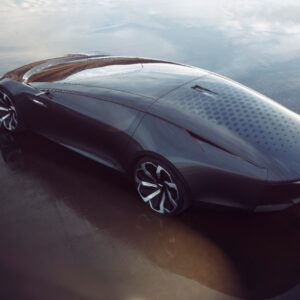 Cadillac Halo PersonalSpace Concept and the Cadillac Halo SocialSpace Concept both debuted at CES 2021. The portfolio, according to Cadillac, has been “envisioned to not only move passengers in a luxurious environment but enhance their well-being.” For Cadillac, the Halo Concept Portfolio represents future possibilities with a range of personal autonomous options and advanced connected vehicle features. For instance, the PersonalSpace is a single-seat, personal vertical takeoff and landing concept designed to literally move its passenger above the din and congestion of ground traffic while the SocialSpace is meant to be a roomier, autonomous vehicle for up to six, designed to help passengers relax and recharge.

As Bryan Nesbitt, GM executive director, Global Design and Global Architecture Advanced Studio, noted: “The vehicles of the Cadillac Halo Concept Portfolio are designed to provide effortless travel through extraordinary means. In the Cadillac InnerSpace world, there envision autonomous drive technology “with the goal of a world with zero crashes, zero emissions and zero congestion.”

Like its siblings, the InnerSpace Concept is fully autonomous. Offering what’s equivalent to Level 5 autonomy requiring no attention from the occupants during the trip, InnerSpace does not have a steering wheel or pedals. The absence of human input means the driver becomes the passenger. In fact, everyone inside the space becomes passengers who can sit back, relax and enjoy the journey to their destination. In essence, it gives passengers back their time, long-held as a luxury in and of itself.

“Electrification and autonomous driving will fundamentally change the role of vehicles and the experiences customers have with them,” said Nesbitt. “We’re exploring where that will go with these innovative concepts, envisioning mobility as an ally of wellness, giving customers the ultimate luxury, more personal time rather than taking it.”

The vehicle’s fully autonomous capability meant Cadillac’s designers could “explore more of the world around them, as well as inside the vehicle, with more personal and tailored experiences that add new dimensions to Cadillac’s signature luxury experience,” the automaker revealed. 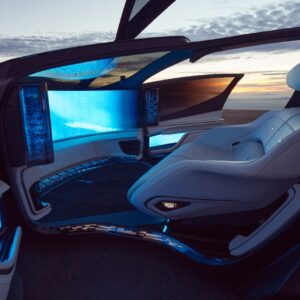 Its sleek exterior reveals a bonafide luxury lounge on wheels on the inside. To get inside the unusually spacious coupe, the large doors open up, and the roof panel rises for easy access. The seats swivel outward to welcome the passengers. Pop-out ottomans for the loveseat invite passengers to rest their legs or use them as additional storage space. Panoramic glass on the roof and part of the body sides allows for unimpeded views.

AI-driven biometric input and interfaces further redefine the journey. Instead of a windshield, there’s an immersive and panoramic SMD LED display with Augmented Reality capability giving passengers the chance to explore engagement, entertainment and wellness themes for their drives.

A wireless battery management system is spread throughout the concept vehicle, which allowed designers to optimize the cabin for spaciousness and serenity. This design freedom opened the door for a low-profile floor and seating position, akin to a sports car. 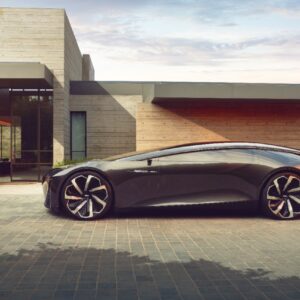 Even the InnerSpace’s tires are designed to contribute to its solace. Developed by Goodyear for electrified vehicles, they feature SoundComfort technology designed to help mitigate soundwave resonance within the tire for a quiet ride, while soybean oil and rice husk-based silica replaces petroleum-based oil as a key ingredient in their construction. And because autonomous driving takes away some of the driver’s connection with the road, Goodyear SightLine, Goodyear’s tire intelligence technology, conveys important information about pressure, temperature, load and other performance factors.

InnerSpace offers a new vision for 21st-century luxury driving, or shall we say, riding. While Cadillac does not have plans to put the two-passenger electric and autonomous luxury vehicle concept into production anytime soon, InnerSpace will go down as a bold and breathtaking display of American innovation and imagination.