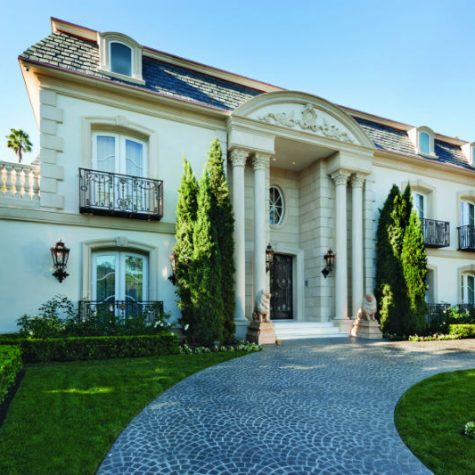 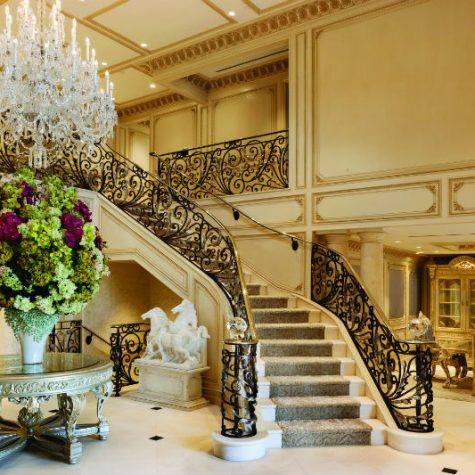 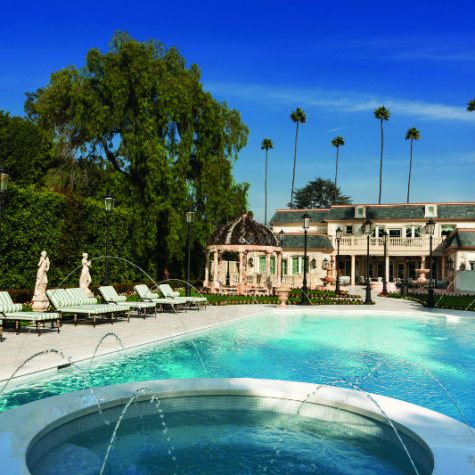 Maison 613 sets a new standard of luxury and elegance in the Golden Flats.

Set in the prestigious “Golden Flats,” one of the best-situated neighborhoods in  Beverly Hills on the south side of Sunset Boulevard is “Maison 613,” a French chateau-style home that paints immersive luxury with design elegance. When it comes to Beverly Hills real estate, it’s all about the Flats now — an area that has skyrocketed into multiple-acre price points and where some of the most expensive homes are offered. Yet, nothing compares to this French-infused California residence, which aspires to culminate in one of the most expensive sales in the Golden Flats. 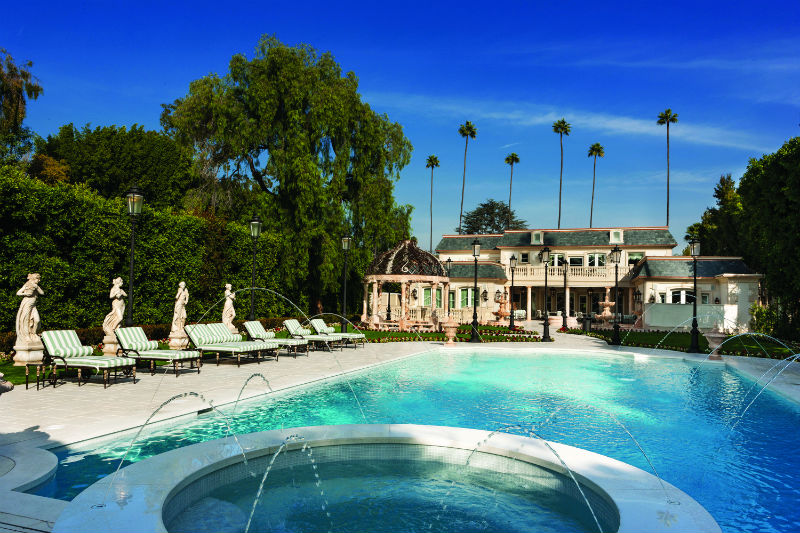 Although recently completed at the end of 2016, “Maison 613” already offers a dense history of creation. The home was born from the collaborative vision of the late Norbert Gehr, successful businessman and founder/CEO of the Los Angeles-based The Gehr Group, and famed designer Roy Sklarin, who became involved with the project 19 years ago, after Gehr purchased the property. At the time, the  property housed a 1920s Beverly Hills original, but now, a 21,000-square-foot-plus French beacon stuns on one of the deepest lots in the neighborhood.

“Part of the attraction of the property for Mr. Gehr, to whom I sold the property originally in 1998, is its security and walkability,” says Coldwell Banker Residential Brokerage listing agent Ron de Salvo. “People love the Flats because it’s south of Sunset Boulevard so you don’t have to cross the busy road and it’s family orientated — there are beautiful school systems.” 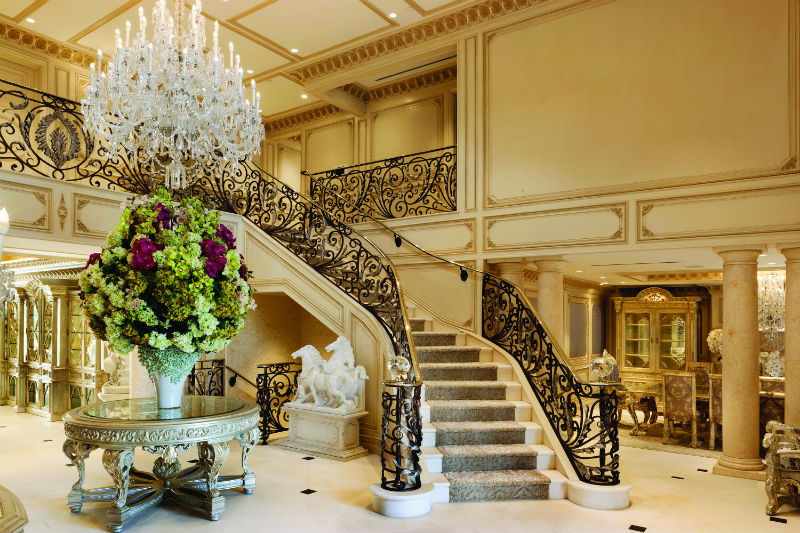 Consumed with his business holdings, Gehr sat on the property for years, until finally coming to Sklarin ready to begin building the home. “He kept saying to me, ‘My main concern is quality, quality, quality,’” recalls Sklarin. “He wanted the ultimate, perfect house.” So concerned with perfection, Gehr sent Sklarin on a trip to Europe where he climbed the mountains of Turkey to seek out limestone samples for flooring. Then, Sklarin studied French architecture firsthand in Paris, returning home with detailed observations and ideas.

“The home is true French Chateau. On the outside, especially, the home is true to French design and detailing. The inside is not antique French, but it’s a comfortable, warm interpretation of a beautiful French home with updated American qualities,” says Sklarin. “It has an excitement and presence that you don’t find easily. Not only does it have architectural value, but it encompasses all the features that everyone would want in a home — all of the amenities.” 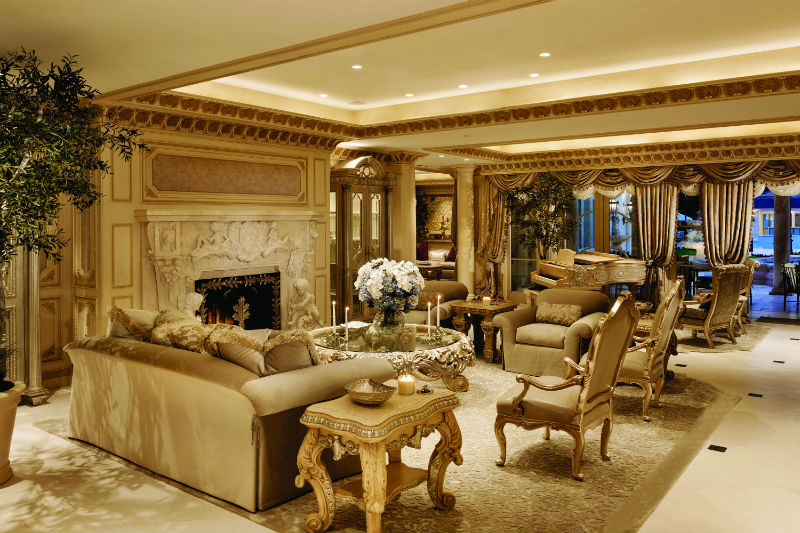 Behind the elegant facade, one may be surprised to find that the home is a clandestine resort refuge, with luxurious amenities you’ve only ever dreamed about having in a home: an indoor sports court, two-lane bowling alley, comfort-seating movie theater with a starry ceiling, commercial elevator, gym, two family rooms and a beauty salon. “You never have to leave the house. You have everything imaginable,” says de Salvo.

Three-quarters of a million dollars alone were spent on soundproofing, a predominant concern for Gehr, so when noise-producing amenities are in use such as the sports court and bowling alley, the sound will not travel through the house. Another unique feature of the home includes 20 zones of air  conditioning, so that each room has customizable temperature. Outside, the backyard’s focal point is one of the largest pools to ever be built in Beverly Hills, filled with special clear glass tile that cost $75,000. 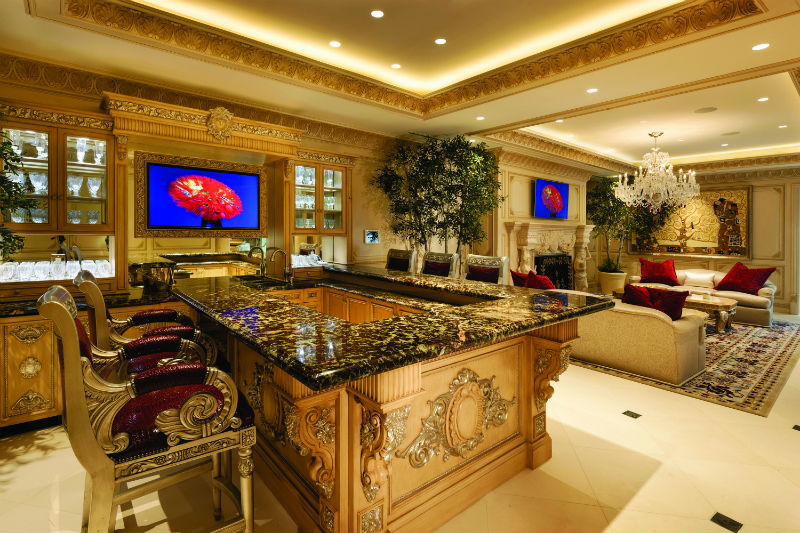 Notes Sklarin, “Mr. Gehr wanted to make it the finest building in the Flats.” Passing in February of 2015, Gehr left the rest of the home’s completion to Sklarin, trusting he understood his  design vision and could transform his aspirations into vivid realty, which came to life after a total of 3 years of hard work. “There’s a wonderful feeling that Mr. Gehr is looking down and making sure the home is perfectly maintained,” says de Salvo.

“Simply put, this house will appeal to someone who wants one of the largest and best quality- orientated houses in this particular area, the Flats,” says de Salvo. “The home offers great flexibility in creating a lifestyle that’s already put into place. This is a built-in, immediate lifestyle; people are willing to pay a lot of money for that immediate access.” 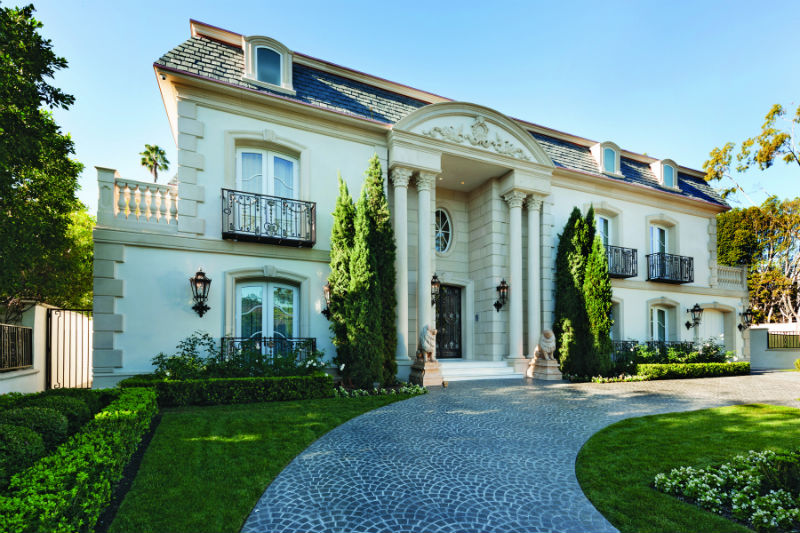 Article by Samantha Myers; This article first appeared in the Spring 2017 issue of Homes & Estates