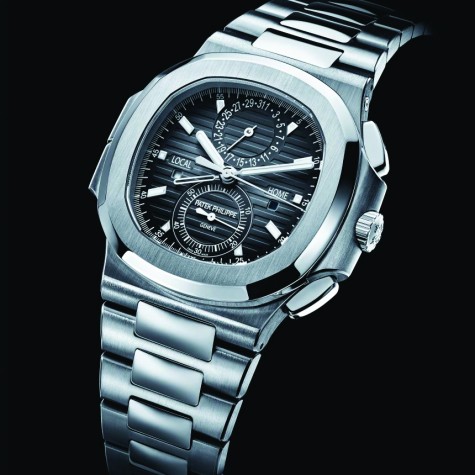 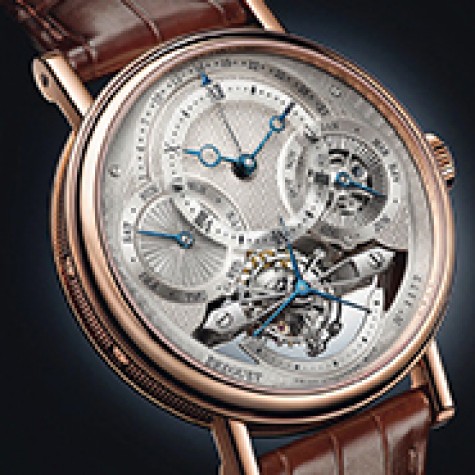 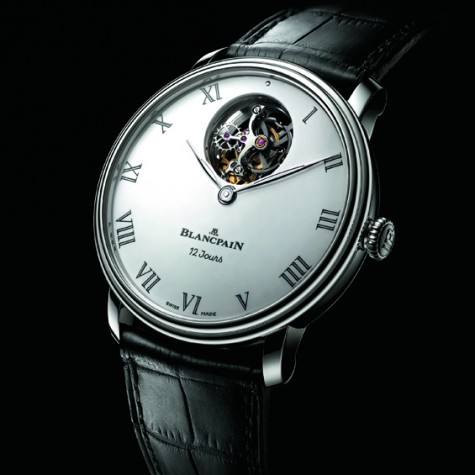 An earlier version of this story appeared in the Summer/Fall 2014 issue of Haute Time.

The debate between vintage and avant-garde is a favorite among watch lovers, but it’s no longer their debate. Brands are now chiming in on the subject, and the watches on display at Baselworld 2014 made strong statements for either side. Some reminded everyone of their rich heritage by adapting an iconic case, introducing modern materials to a tested movement, or by exploiting their expertise of a particular complication. For others, the only way was forward, with daring, futuristic and, some might say, provocative designs that would complement any collection nicely. The debate between vintage and avant-garde is far from settled, and the 10 watches in the following selection might not stand the test of time themselves, but they are the ones that impressed us the most this year. 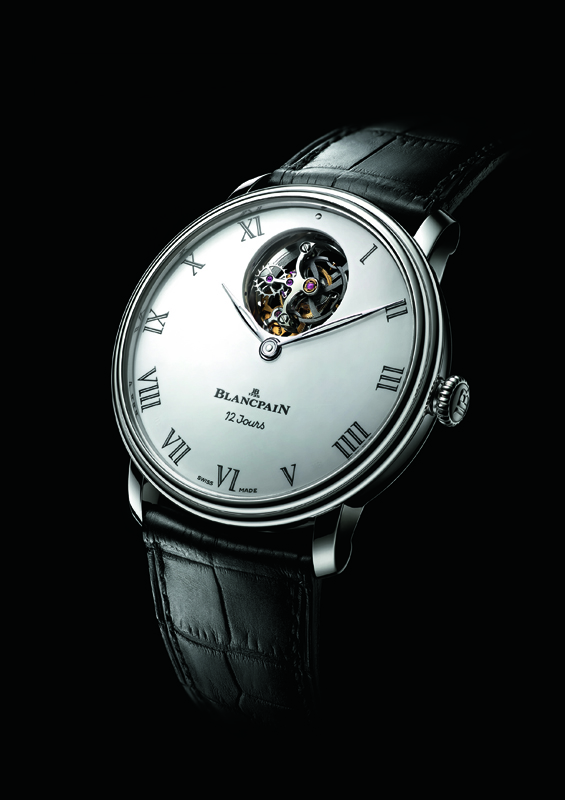 Housed in a double-stepped 42 mm case, this classic-looking timepiece features a grand feu enamel dial with painted Roman numerals and hollowed sage leaf-shaped hands. The highlight of the watch is the flying tourbillon at 12 o’clock. It houses the new self-winding Caliber 242, an ultra-thin movement developed by Blancpain that boasts a whopping 12-day power reserve. The watch is available in either 18K red gold or in platinum, and comes with a black alligator strap, lined with Alzavel calfskin and secured by a triple-blade folding clasp. 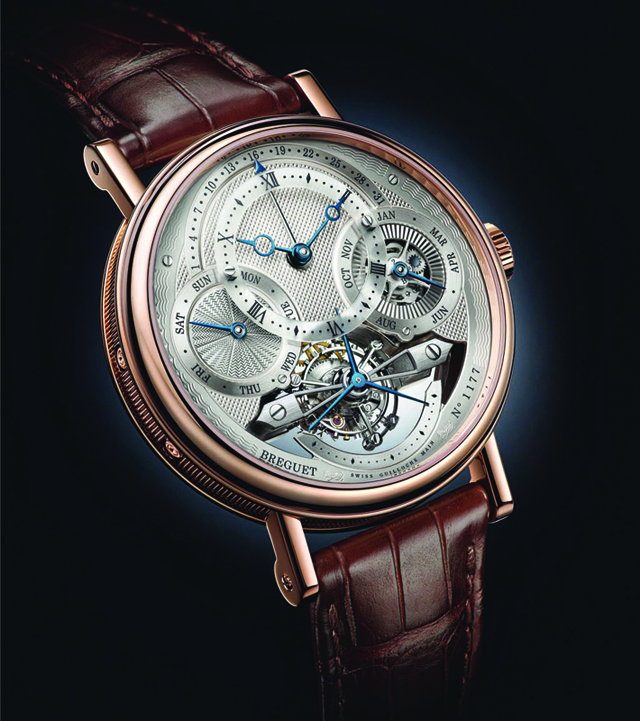 Reference 3797 is the latest perpetual calendar in Breguet’s Classique collection. It’s also one of the most complex, but its layered design creates a very intuitive display and great aesthetics. The time display is lifted on a sapphire disc to the foreground. It also features a tourbillon at 6 o’clock and a perpetual calendar with retrograde date at 12 o’clock, while a day counter at 9 o’clock, and a month and leap year counter at 3 o’clock complete the watch. At the back, a sapphire crystal glass reveals the finely decorated hand-wound Caliber 558QP2 movement, which beats at 18,000 vibrations per hour and offers 50 hours of power reserve. 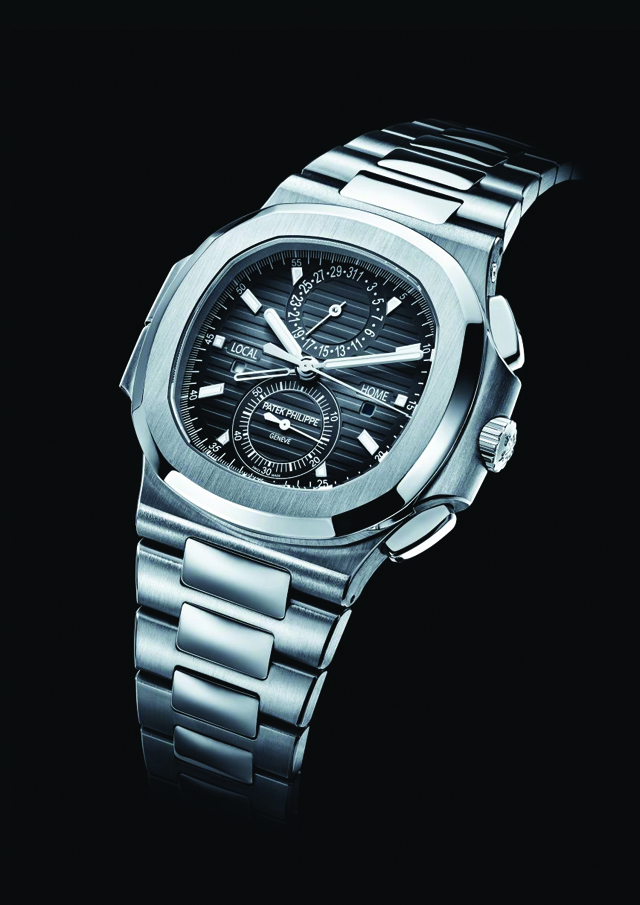 Patek Philippe expanded its Nautilus collection by adding a travel time function to Gerald Genta’s iconic design. The new function indicates the time in two different time zones at a single glance, via the “Home” and “Local” indicators at 3 and 9 o’clock, respectively. The 40.5 mm stainless steel case once again features large pushers at 2 and 4 o’clock for the chronograph functions, and the brushed stainless steel gives the bezel a more modern feel. The Ref. 5990/1A features the new self-winding Caliber CH 28-520 C FUS, with 45 hours of power reserve. 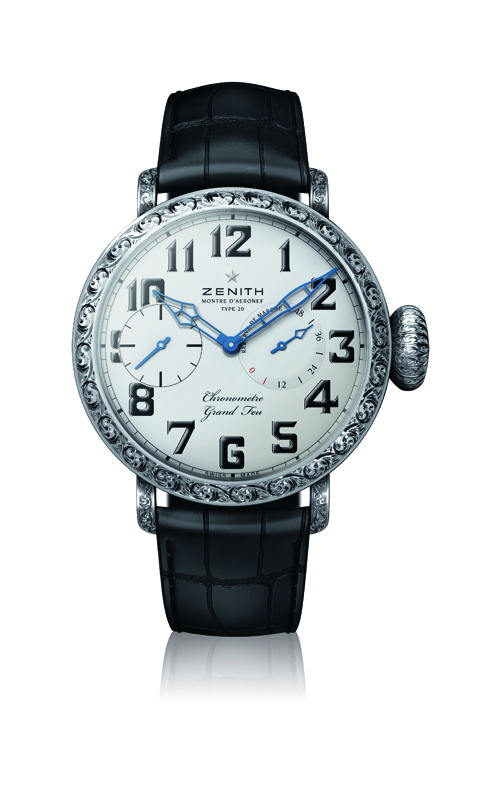 A spin-off of the 60 mm Zenith Type 20, this grand feu version in white gold features engravings on the bezel and lugs. This is the first sapphire case from Zenith, and it lightens what would otherwise look and feel like a brick of gold. The white grand feu enamel face features hours and minutes, as well as an indicator for the 48-hour power reserve at 3 o’clock and small seconds at 9 o’clock. It is powered by an original Zenith Caliber 5011K pocket watch marine chronometer movement, which was originally created in 1960. Only 10 pieces will be produced. 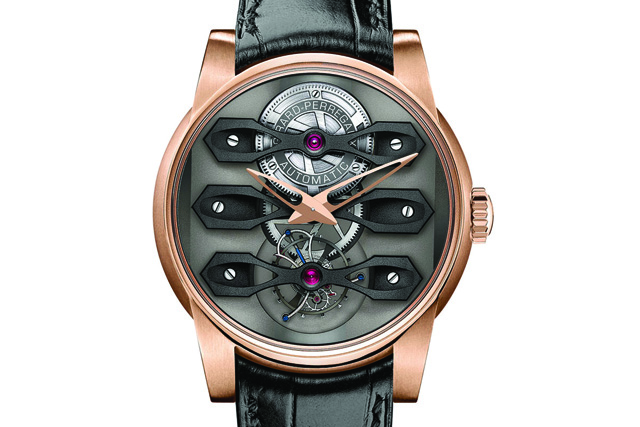 The Neo-Tourbillon represents a radical transformation of the Tourbillon with Three Bridges, an iconic timepiece created nearly 150 years ago by Girard-Perregaux. Created in rose gold, the 45 mm case of the Neo-Tourbillon houses the GP09400-0001 automatic movement, a caliber that is larger than, but similar in identity to, the Tourbillon with Three Bridges. It features a symmetrical design, an aligned gear-train, a tourbillon at the 6 o’clock position, and a micro-rotor mounted under the barrel at the 12 o’clock position. 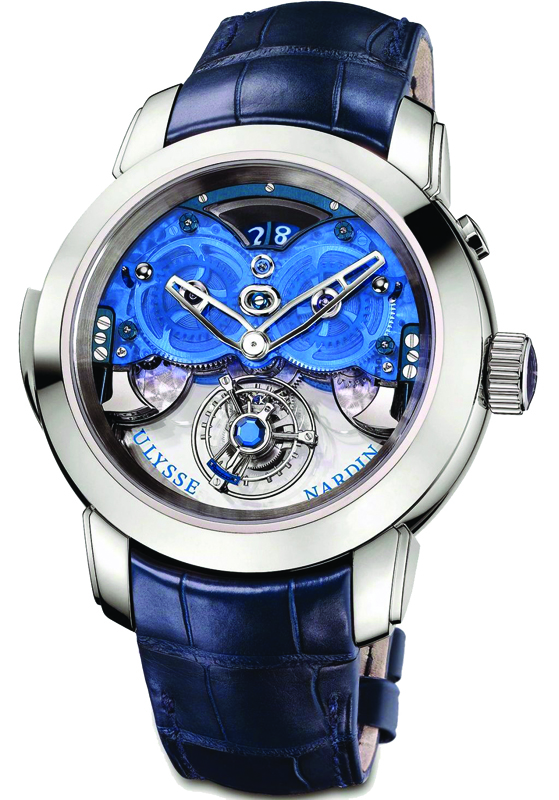 The Imperial Blue combines Ulysse Nardin’s talent for chiming watches, a complication very few manufacturers can boast to have, and a flying tourbillon. It features a Grand Sonnerie Westminster Carillon, which rings four notes (Mi-Do-Re-Sol) on every passing hour, as well as the hours, quarter-hours, and minutes on demand. The watch is powered by the Caliber UN-970, a manual winding movement that offers 50 hours of power reserve. The precious white gold case measures 46 mm in diameter and is water-resistant up to 30 meters. The Ulysse Nardin Imperial Blue Tourbillon is part of a very limited collection of only 20 pieces. 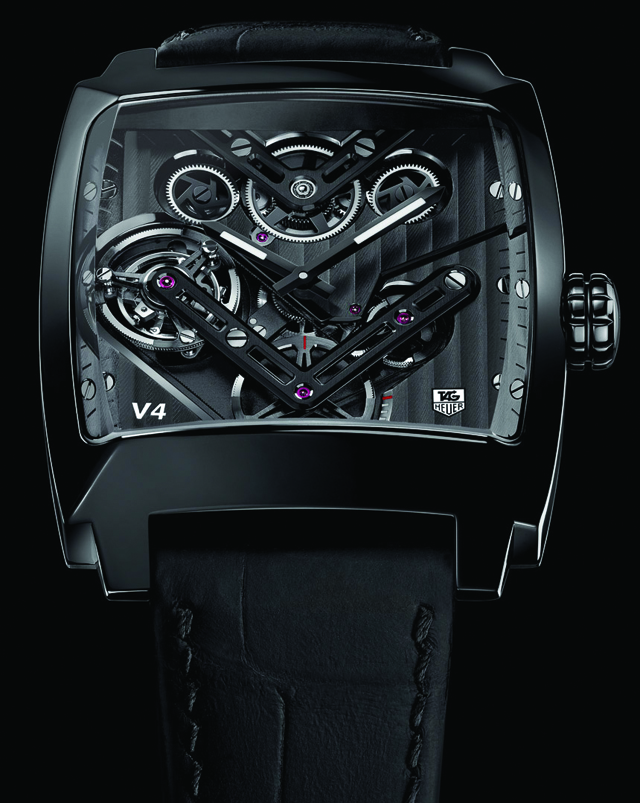 In 2004, TAG Heuer unveiled the Monaco V4 Concept, the world’s first watch with belt drives, linear mass and ball bearings. This year, TAG celebrated the invention’s 10-year anniversary by releasing the Monaco V4 Tourbillon, which features a patented belt-driven tourbillon movement. The mechanics of this timepiece are extraordinary and include four tiny belts used to power the tourbillon. This 41mm timepiece, made from titanium with black carbide coating, is slightly larger than the original V4. Just like its predecessor, the V4 Tourbillon was presented as a concept this year, but it’s planned to become a commercial timepiece next year. 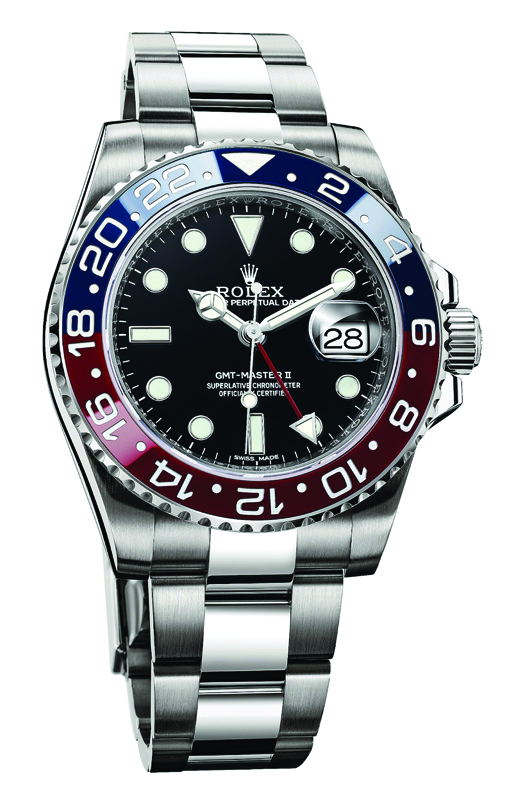 The GMT-Master II with “Pepsi” bezel finally made its much-anticipated comeback. Technically, the new Ref. 116719 BLRO is very similar to last year’s black-and-blue GMT-Master II, which also housed the Caliber 3186, but it came as a surprise when Rolex revealed this would be a solid 18K white gold timepiece. The new “Pepsi” Cerachrom bezel is made via a coloring process patented by Rolex. Otherwise, it still comes in the signature 40 mm Oyster case shape, with the combination of polished center links and brushed side links on the white gold Oyster bracelet. 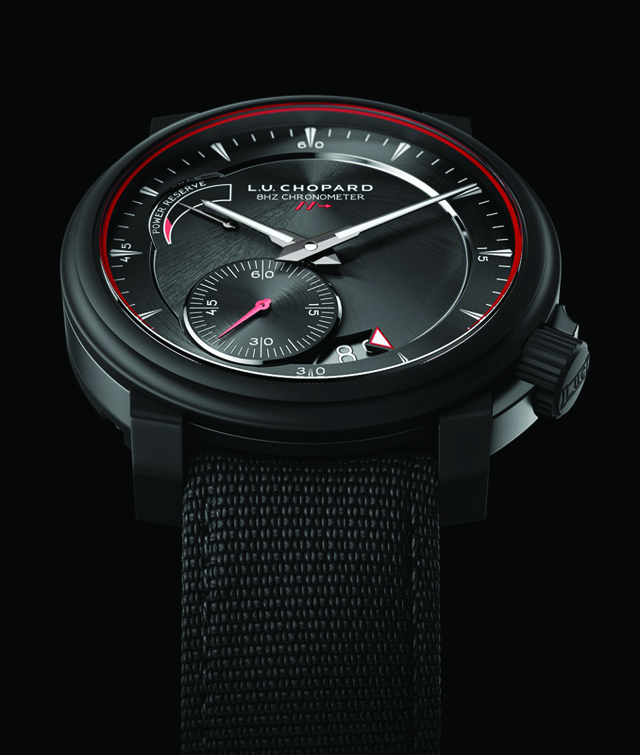 Chopard made a lot of new friends when it released the L.U.C 8HF at Salon QP in 2012. The avant-garde timepiece featured a movement beating at 57,600 beats per hour, or twice the speed of most modern movements. In 2014, Chopard added a power reserve indicator to the 8HF and gave it a brilliantly versatile and modern design. The new timepiece comes in a solid matte black ceramic and DLC titanium monobloc case that incorporates the lugs, and it hugs the wrist nicely. Limited to 250 pieces, this model is in a league of its own. 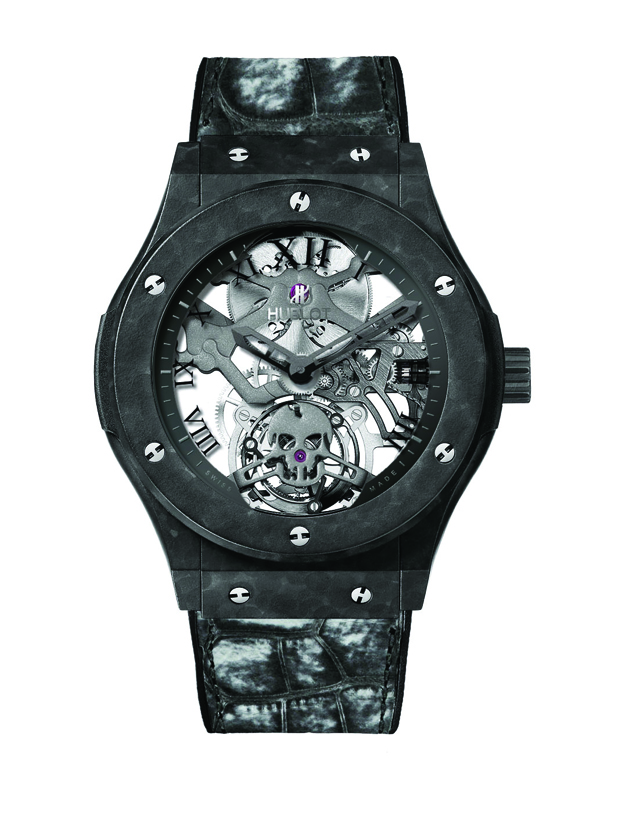 Hublot expanded on the “vanitas” theme by releasing the Classic Fusion Tourbillon Skull, a striking watch with a ceramic-coated aluminum case. The openworked dial features hours and minutes, and showcases the manufacturer’s famous HUB6014, a hand-wound skeleton tourbillon movement, which boasts a five-day power reserve. A closer look reveals the 3D machining and electroplating process used to create bone-shaped bridges. The skull motif is also incorporated into the tourbillon barret, which rotates fully in one minute. One last small detail adds further interest to the piece: the indices are in Roman numerals, which is a first for Hublot.

Baselworld: Ten Wonders from the Temple of Timekeeping

Baselworld: Ten Wonders from the Temple of Timekeeping