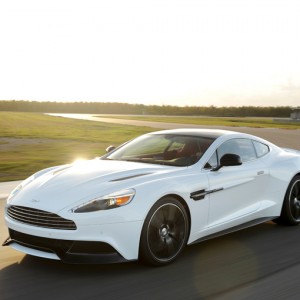 The elegantly rounded curves. The layers upon layers of traditional leathers, wood and technical gadgetry. The heavenly howl of an engine capable of zipping from 0 to 60 in four seconds. Regardless of your style (driving or otherwise), Aston Martin has spent the last century perfecting its vision for blending power, beauty and soul. The iconic British brand has offered no compromise between speed and precision…or between performance and elegance. Perhaps it is the mark of being founded by a racecar driver and an engineer—or an enduring talent for choosing quality over quantity every time.

“An Aston Martin isn’t about a number,” explains Matthew Clarke, Aston Martin’s U.S. spokesperson, who notes that the company has only built 65,000 handcrafted vehicles since its inception in 1913. “It is about how it makes the owner feel.”

As the Aston Martin brand celebrates its 100th birthday this year, Previews® Inside Out recently spoke with Clarke about the luxury automaker’s unique heritage, racing pedigree, Bond and becoming a part of that rare breed of car enthusiast—the Aston Martin owner.

Premier events have been held all over the world to commemorate the iconic brand. Their flagship event in England recently took place at London’s Kensington Palace Gardens, where they established a new record for the largest number of Aston Martins on display in one place. (For the record, Clarke tells us it “was 550 cars worth approximately $1.75 billion”). The apex of their centenary activities arrived here in the United States during Pebble Beach Automotive Week, where they were the featured marque at the prestigious 2013 Pebble Beach Concours d’Elegance.

Writer Ezra Dyer observed earlier this year, “A rational man might contemplate a Lamborghini and think, ‘That’s not quite for me,’ but Astons exude a universal sex appeal.” Is it any wonder, then, why the brand has been the sexiest spy’s preferred mode of transportation since 1964? Starting with the classic DB5 in “Goldfinger,” the relationship with the James Bond franchise spans over 11 films, most recently culminating in a 3D “reappearance” of DB5 in “Skyfall.” Arguably, the DB5 is one of the most famous cars in the world. Adds Clarke: “Bond is synonymous with the Aston Martin brand. The connection has certainly helped increase our global visibility in areas of the world where our brand would otherwise be less well known.”

Aston Martin made its racing debut in the 1922 French Grand Prix and later in the 24 Hours of Le Mans race in 1928. What followed was decades of wins, including a 1959 World Sportscar Championship and a 2008 GT1 Class victory for the DBR9 at Le Mans for the second consecutive year. In 2012, the Vantage GTE scored a podium finish in the 12 Hours of Sebring as part of Aston Martin Racing’s World Endurance Championship program. It also scored a third in class position at the 24 Hours of Le Mans that same year and finished second overall in the World Endurance Championship. “Motorsport is a key part of our DNA,” says Clarke. “It is what Aston Martins were first created for and it is important that we have a competitive, global racing presence.”

Even if you are not an adrenaline connoisseur, there is one passion that every Aston Martin owner shares: driving. When you become an Aston Martin owner, you join one of the most exclusive clubs in the world—a world of 007 luxury and a legacy of speed.  With 12 current models to choose from, you’ll certainly make a mark on the streets—but it’s the question of how and where. The most popular models, Clarke tells us, are generally the V8 Vantage or DB9. For those drivers who might find themselves navigating the hills of France or the curves of California’s Highway 1, he says that a GT car, “such as a Vanquish, a DB9 or a Rapide S (if you have more than two people) are best.” But if you ever find yourself on the streets of London, Dubai or Miami, it’s all about the Vantage! As for the model that represents Aston Martin’s future design vision, the CC100 Speedster Concept, unveiled ahead of the 24 Hours of Nürburgring race this past May, hints at a possible new face for the company. The sleek, butterfly- roadster is powered by the automaker’s renowned naturally aspirated 6.0-liter V12 and six-speed sequential manual paddleshift gearbox, giving estimations of 0-60 in four seconds and a top speed of 180 mph. If the first 100 years of Aston Martin are any indication, we’re looking forward to the next 100. 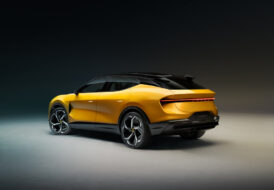 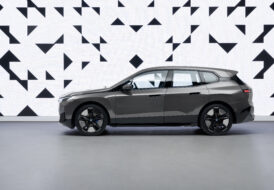