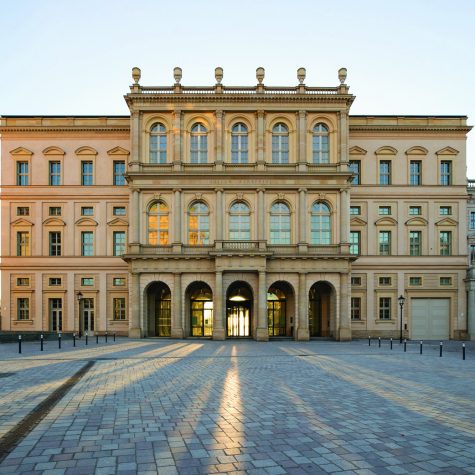 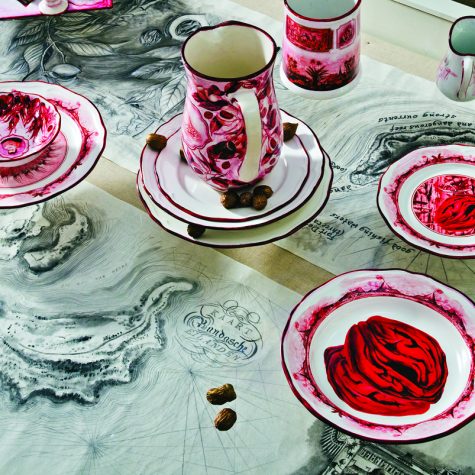 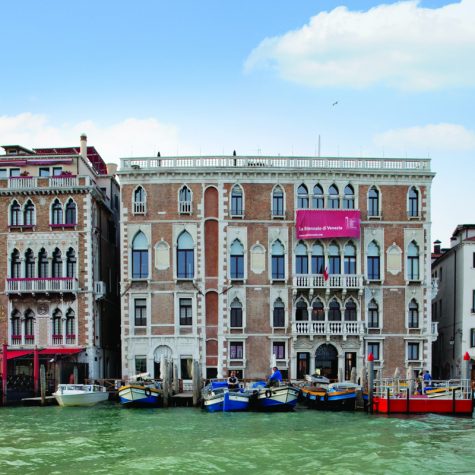 From the 57th Venice Biennale, to a traveling exhibition allowing viewers to experience infinity, all the way to the shores of Cape Town for the opening of Africa’s first contemporary art museum of its kind, these are the most talked about events in the art world. Perhaps a few of these happenings will coincide with trips already planned … or even inspire a vacation of its own. 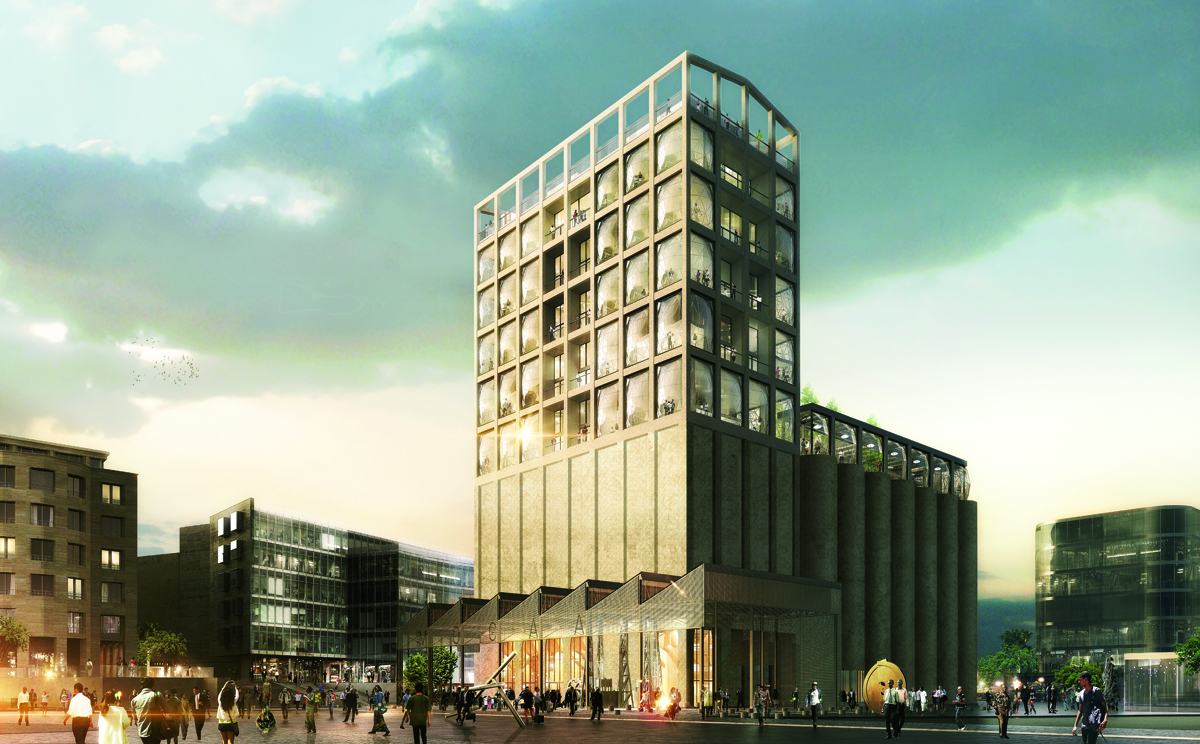 Widely considered as the most significant museum to be built on the African continent in more than 100 years, Zeitz MOCAA will sit on Cape Town’s Victoria & Alfred Waterfront and occupy a historic grain silo complex originally built in 1921. Previously the tallest building in Cape Town for half a century, this grain silo played a vital role in the country’s agricultural economy. Developers of Zeitz MOCAA hope to honor it as an historic landmark all while physically and conceptually reinventing it as a non-for-profit cultural institution dedicated to serve the public and epitomize civic significance. Zeitz MOCAA is a collaborative achievement between Jochen Zeitz and the V&A Waterfront, as well as Executive Director and Chief Curator Mark Coetzee, and Heatherwick Studio. The 100,000-square-foot museum will cover nine floors and feature 80 galleries with a mission to collect, preserve, research and exhibit cutting-edge Contemporary art from Africa and beyond.

Museum MACAN (Museum of Modern and Contemporary Art in Nusantara)

“While there is a thriving Contemporary art scene in Indonesia, there has never has been a museum here like Museum MACAN,” says Aaron Seeto, director of the ambitious 43,000-square-foot, under-construction museum that will provide public access to a significant and growing collection of art from Indonesia and the rest of the world. Built and financed by Indonesian businessman and collector Haryanto Adikoesoemo, Museum MACAN will be home to his collection of over 800 artworks acquired over the past 25 years.

“In addition to making our founder’s significant collection of international modern and contemporary artworks accessible, we are committed to curating and presenting a diverse exhibition program, and supporting artists in the creation of new work,” Seeto tells Homes & Estates. “Museum MACAN will be a key contributor to the cultural ecology of Indonesia and will place Indonesian art further in dialogue with the world, and vice versa.”\ 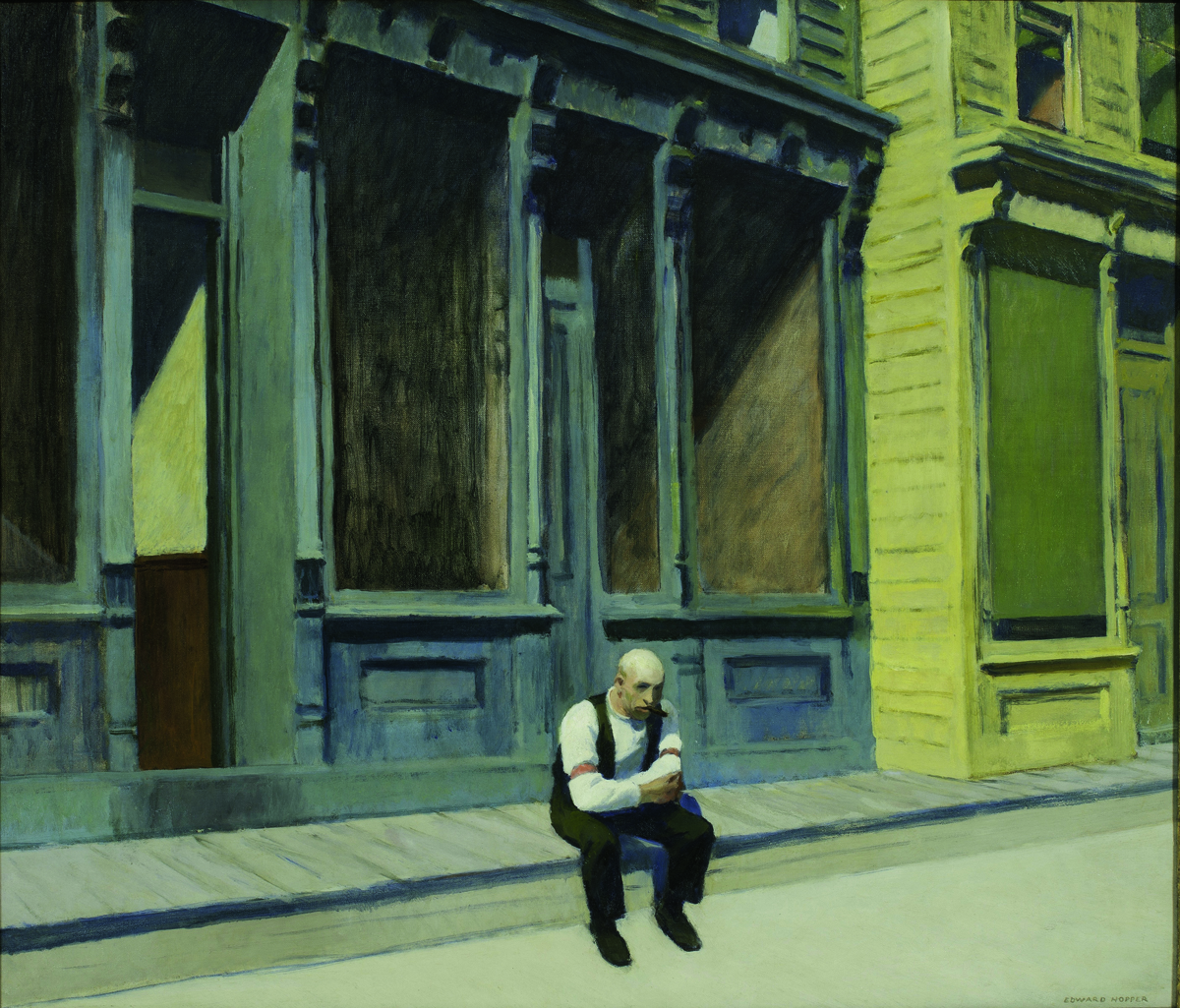 Opening its doors in January 2017, Museum Barberini is a new museum with an already rich history. Barberini’s founding collection comes from billionaire German businessman and art collector Hasso Plattner. It houses paintings such as Edvard Munch’sGirls on the Bridge (1899), sold in November 2016 for $54.5 million, and part of the inaugural exhibition Modern Art Classics: Liebermann, Munch, Nolde, Kandinsky (until May 28) as well as Impressionist and modern artworks. The palatial museum was built on the location where Palais Barberini, named after Palazzo Barberini in Rome, was destroyed in a 1945 air attack and has restored the palace’s architectural facade to its exact original dimensions. With exhibitions already planned for the next two years, in June, From Hopper to Rothko: America’s Road to Modern Art will feature 78 pieces from The Phillips Collection in Washington, D.C., focused on the progression of art from Impressionism to Abstract Expressionism. 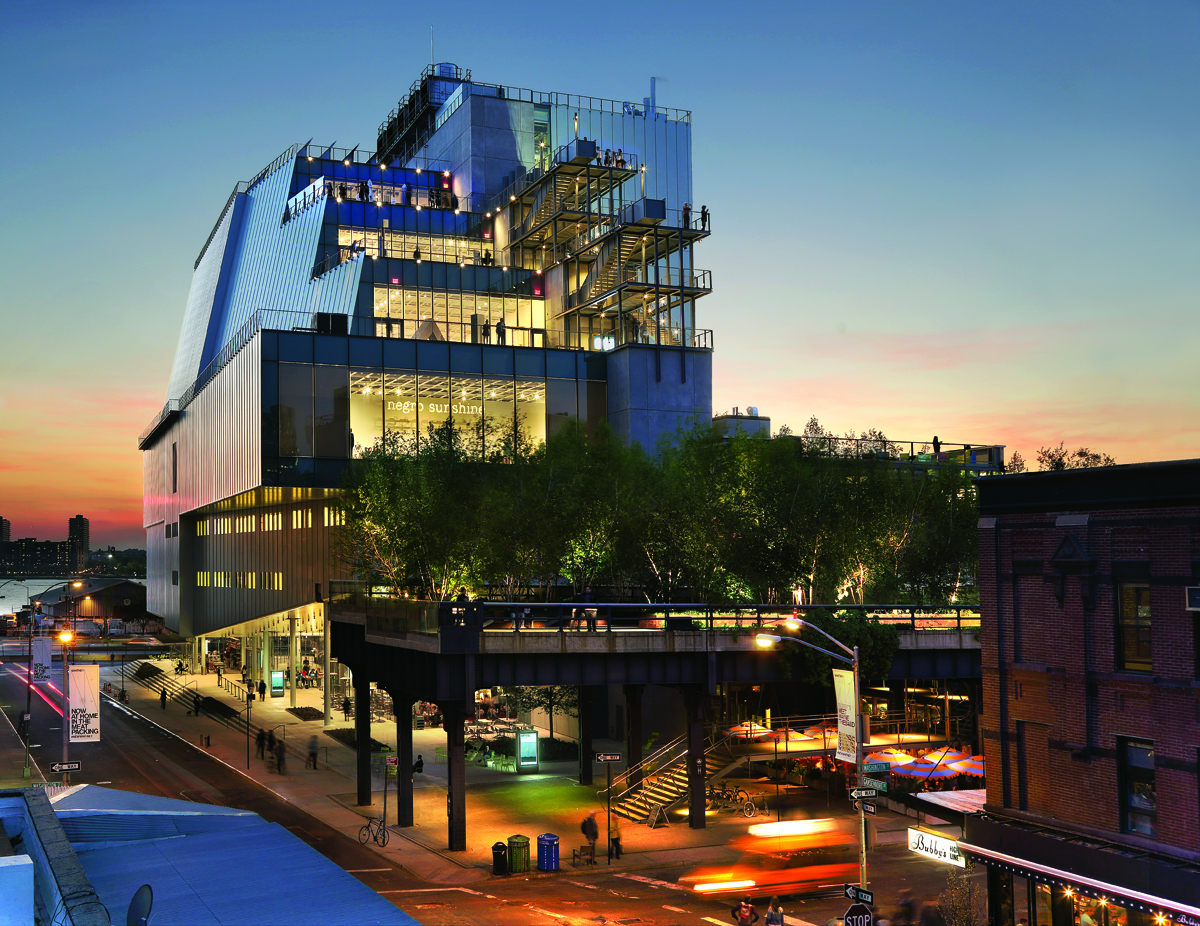 Taking place at the museum’s new downtown Meatpacking District location for the first time, the 78th Whitney Biennial will be co-curated by Christopher Y. Lew and Mia Locks. After searching the country for artists, 63 participants were chosen for a show that will address overarching themes concerning “the formation of self and the individual’s place in a turbulent society.” Per tradition, the Contemporary art survey will include both emerging artists as well as established names in a range of artistic media, including technology. This year’s Biennial will be the largest ever in terms of gallery space.

The International Venice Biennale returns for its 57th ceremony with  Christine Macel as the main curator of its focal exhibition titled VIVA ARTE VIVA, which Macel explains was inspired by humanism, and very much “designed with artists, by artists for artists.” Surrounding the 120-artist main exhibition is a contemporary visual art feast including 85 pavilions of participating countries, each with its own curator.

“The role, the voice and the responsibility of the artist are more crucial than ever before within the framework of contemporary debates,” proclaims Marcel. “It is in and through these individual initiatives that the world of tomorrow takes shape, which though surely uncertain, is often best intuited by artists than others.”

Los Angeles-based Abstract painter Mark Bradford will be a representative for the U.S. pavilion. “This year’s Biennale is dedicated to celebrating, and almost giving thanks for, the very existence of art and artists, whose worlds expand our perspective, and the space of our existence,” says Venice Biennale President Paolo Baratta.

Head to the Hawaiian capital’s dreamy beaches for the inaugural Honolulu Biennial, a multi-site contemporary art festival seeking to highlight the state’s multicultural history. Featured art comes from both local and international artists, including those hailing from Hawaii, the Pacific Islands, Asia, North America, Australia and New Zealand. Take breaks visiting venues such as the Honolulu Hale (City Hall) or the Foster Botanical Garden with a relaxing walk on the beach and a dip in the water.

Botticelli and the Search for the Divine

First on view at Muscarelle Museum of Art in Williamsburg, Virginia,  Botticelli and the Search for the Divine, the largest and most important display of work from ItalianRenaissance master Sandro Botticelli (b. 1445, d. 1510) will then travel to Museum of Fine Arts Boston. This is the first time an isolated Venus (Venere) painting by Botticelli, known for his masterpiece The Birth of Venus, will be on view in the United States. MFA Boston’s Virgin and Child with Saint John the Baptist, along with six rare paintings by Botticelli’s master Filippo Lippi, and only pupil of Masaccio, will be among the exhibited works.

Damien Hirst, Treasures From The Wreck Of  The Unbelievable

Palazzo Grassi, Punta della Dogana
Venice, Italy
April 9, 2017 to December 3, 2017
This exhibition marks the first time that both Venetian venues of the Pinault Collection will dedicate their spaces to a single artist. Moreover, this is the first major solo exhibition for British mega-artist Damien Hirst (b. 1965) in Italy since his 2004 retrospective at the Museo Archeologico Nazionale in Naples. The highly anticipated project has been in the making for 10 years, with only minimal information yet released, proving that the exhibition will be one to head to Venice for, especially since it’s sharing the city at the same time with the Venice Biennale. 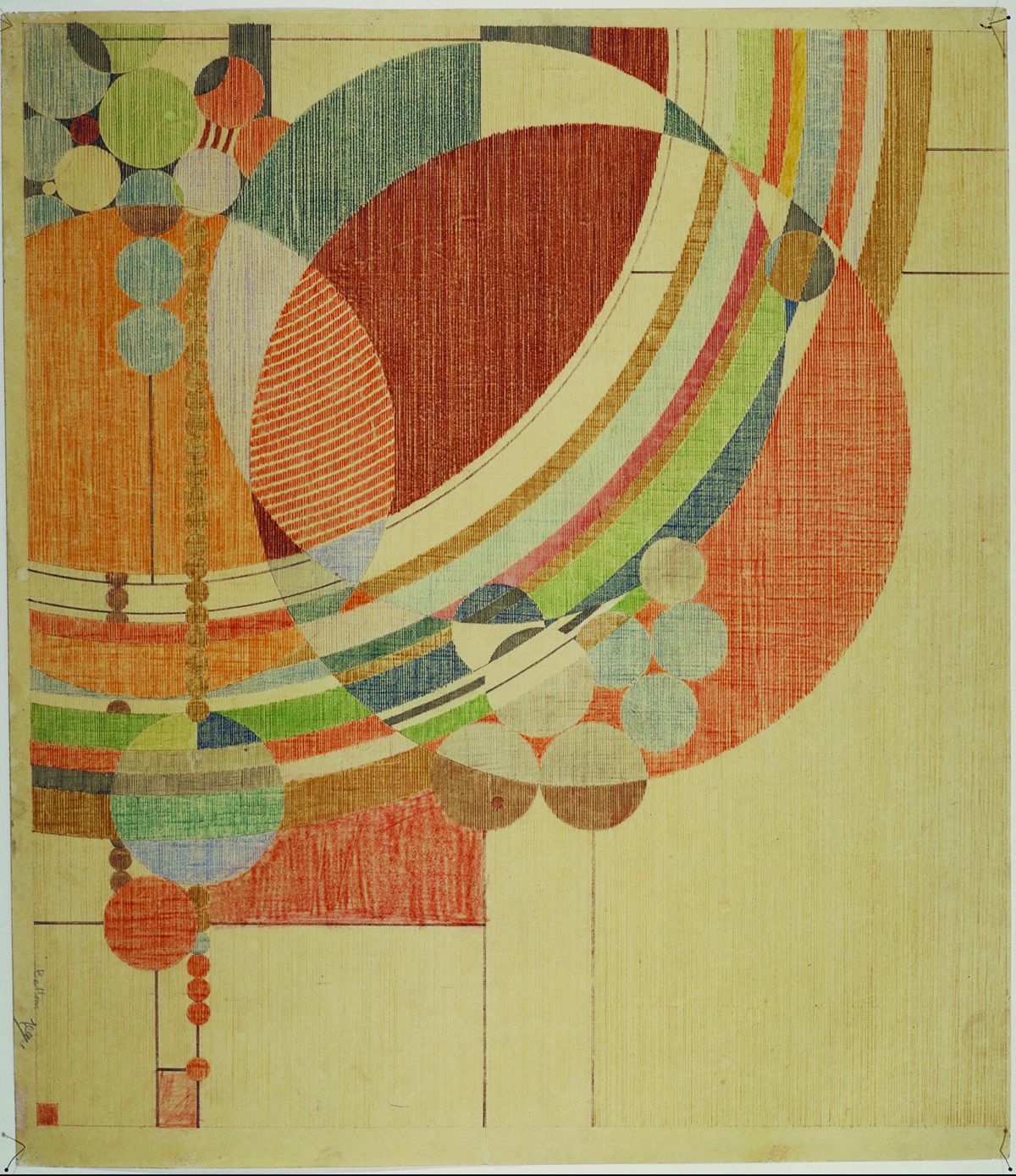 Marking the 150th anniversary of the prolific American architect Frank Lloyd Wright’s (b. 1867, d. 1959) birth, Frank Lloyd Wright at 150: Unpacking the Archive offers an anthological approach to Wright’s work, with intentions of provoking critical discussions of his most prominent motifs. The exhibition will feature a variety of associated media from the 1890s to the 1950s, some of which is rarely shown in public, including architectural drawings, models, building fragments, films, print media, photographs and paintings, among others. 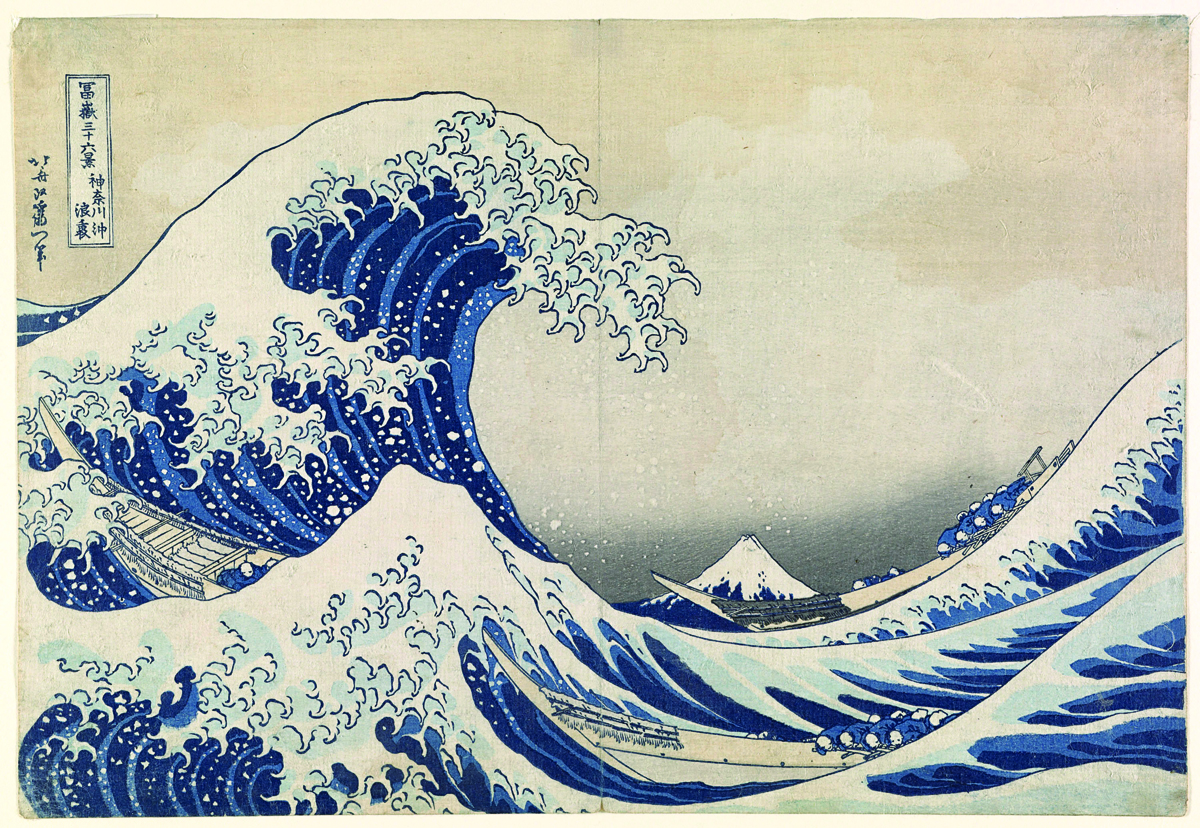 Undoubtedly one of the most influential artists in the history of Japanese art, Katsushika Hokusai (b. 1760, d. 1849) was a ukiyo-e printmaker and painter of the Edo period known most for his woodblock prints. This Hokusai exhibition will feature 129 of his prints, four paintings and ten rare books on loan from the Japan Ukiyo-e Museum, Matsumoto. Some of Hokusai’s most celebrated works will also be on view, including his series of landscape prints titled Thirty-six Views of Mount Fuji from the NGV  collection, including its timeless iconic image, The Great Wave off Kanagawa. 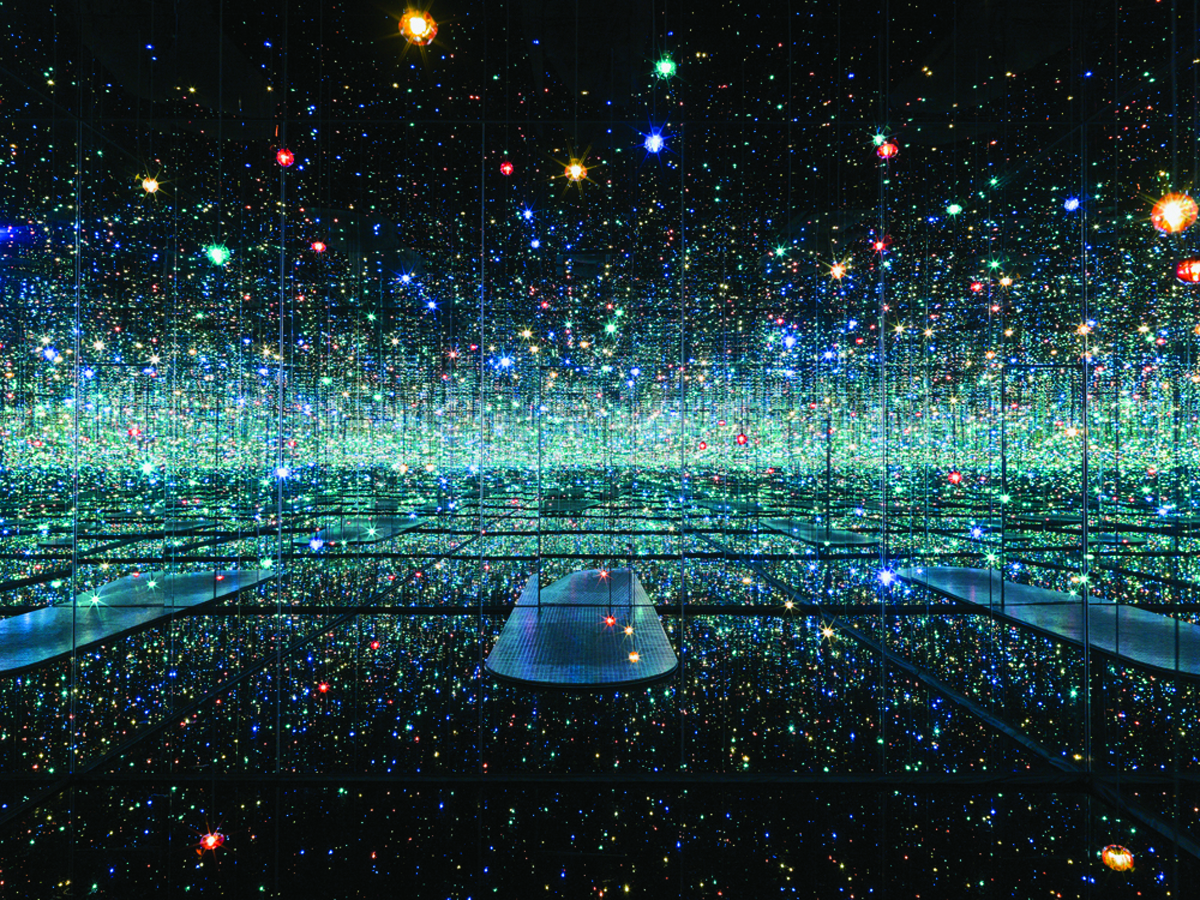 The most talked about art show of 2017 is Yayoi Kusama’s traveling exhibition Infinity Mirrors, where the 88-year-old, Japanese-born artist (b. 1929) displays her series of mirror-lined chambers and kaleidoscopic environments alongside other key works. The show also brings the North American debut of All the Eternal Love I Have for the Pumpkins (2016), a whimsical room featuring yellow, dotted pumpkins. A single-installation version of Kusama’s Infinity Mirrored Room, has been on view at The Broad since 2015 and features endless LED flickering lights in total darkness, conceiving an extension of space and a disorientating experience for viewers. If you can’t catch the impressive exhibition at The Smithsonian’s Hirshhorn Museum and Sculpture Garden (Feb. 26 to May 14), or The Seattle Art Museum (June 30 to Sept. 10), then head to The Broad this October.

The Jazz Age: American Style in the 1920s

This unique exhibition will be the first major museum display regarding American style and taste in art and design during the 1920s.

“Against a backdrop of traditional historicist styles, a new language of design emerged to define an era of innovation and modernity — the Jazz Age — capturing the pulse and rhythm of the American spirit,” states the Cleveland Museum of Art. This multi-media experience will show more than 400 examples of interior  design, decorative art, jewelry, fashion, art, architecture, music and film.  Co-organized by Cooper Hewitt and the Cleveland Museum of Art, The Jazz Age can also be seen at New York City’s Cooper Hewitt, Smithsonian Design Museum  (April 7 to Aug. 20).

Art Worth Traveling For

Art Worth Traveling For