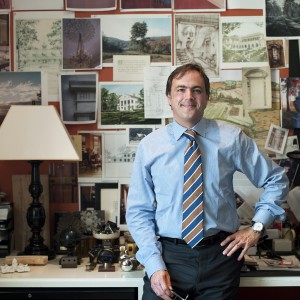 It could be argued that history is not always told in words—but in the homes of our families and ancestors. The homes by acclaimed traditional architect Gil Schafer have their own language. Rich moldings, rugged fieldstone and weathered cedar shingles tell storied pasts from 18th century New England and 1915 Tennessee…treasured American relics from eras we read about in high school history class. 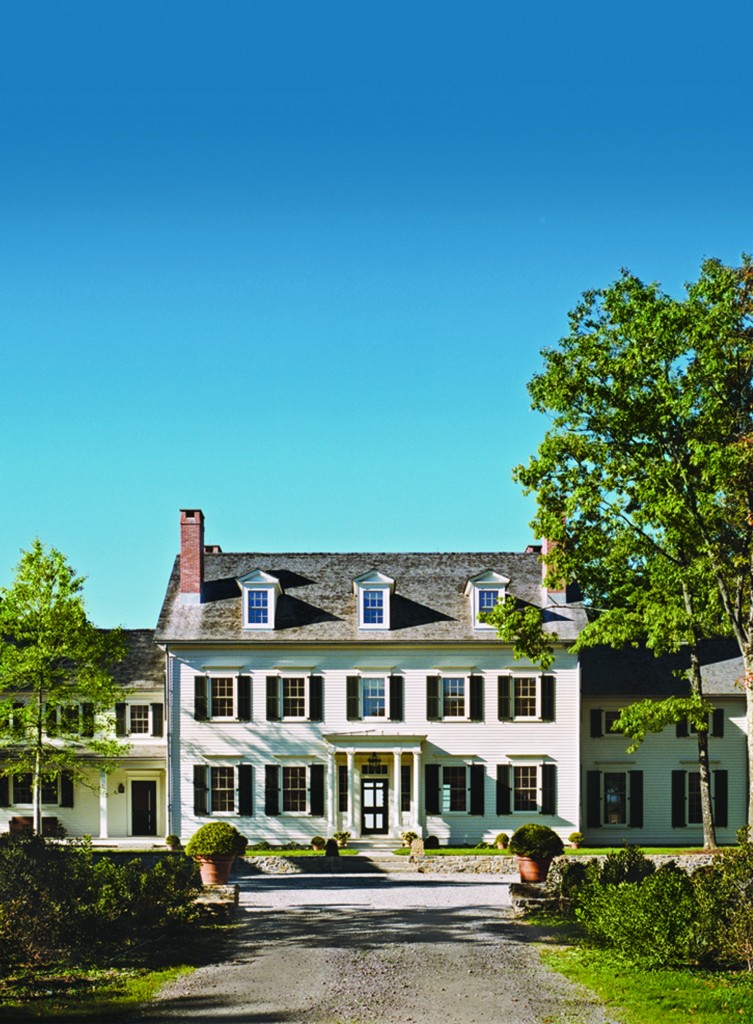 A frequent presence on Architectural Digest’s AD100 list and in ELLE DÉCOR, Schafer is known for building “new-old” houses as well as renovating historic homes. In fact, his creation of a 400-acre working farm and farmhouse in New York’s bucolic Dutchess County recently caught the attention of Architectural Digest, with its elegant blend of Federal, Greek Revival and neo-Victorian stylings.Previews Inside Out recently spoke to Schafer about the Federal style and how to retain the character and detail of a historically significant home while modernizing it for the way we live now.

Previews Inside Out What is appealing to you about the Federal style?

Gil Schafer Architecture from the Federal Period (1780-1830) is so appealing to me because it feels so American.  More refined and delicate in its detailing than the “Georgian” style which preceded it, there is an exuberance of decoration that I love in the Federal Style. Also, the more attenuated proportions give it a lightness that I find very appealing.  Where the Georgian period architecture in America was influenced by Ancient Roman (and Palladian) architecture—and therefore had heavier, bolder proportions, the Federal Style was the beginning of a synthesis of Roman precedent with the exciting archaeological discoveries that were being made at the time at Pompeii and Herculaneum, as well as in Greece.

Previews Inside Out What have been your three most memorable Federal style projects?

Gil Schafer Our work is always based in some form of historic precedent that feels appropriate to the house’s setting and suits our clients.  Because we do a lot of farmhouses in New England and Upstate New York, where you find historic examples from that period, we are often referencing it.  We have built two different new farmhouses in Dutchess County, New York that look to the Federal Period for inspiration, and we have restored a Charles Platt house in Nashville, Tennessee that has a lot of Federal influence in its moldings and overall proportions.

Previews Inside Out How might one go about modernizing a Federal home to meet a 21st century lifestyle?

Gil Schafer Whenever we “modernize,” we are always careful not to overwhelm the essence of the original character of the house with our interventions—we don’t want to lose the “soul” of an old house by renovating it.  So we try to stay true to the original proportions and detailing when we renovate.  There are several things that are different about the way we live in our houses now. One of the biggest is the importance of the kitchen as a hub of family life.  So we try to use the spaces around a kitchen to create more open, family-oriented rooms directly connected to the kitchen—like family rooms and breakfast rooms.  Another important facet of the way we live now is that we like the spaces in our houses to be more interconnected. So we try to improve the flow from one room to another.  Sometimes that means opening up new doorways between rooms and creating “enfilades” —a series of doors from room to room that line up—from one end of a house to the other.  Sometimes it can simply mean slightly widening the existing openings and raising their door head heights, which automatically creates a sense of greater spaciousness and flow.  The key thing to remember is to maintain as much of the original proportions, or it will just look like you made a clumsy mistake.

Previews Inside Out Have any historic Federal buildings inspired your work?


Gil Schafer There are so many extraordinary Federal Style houses from history that are inspiring, but I will pick two that I love in particular: Tudor Place in Georgetown outside Washington, D.C. and Boscobel in Garrison, New York.  Both have a real strength to their overall form and incredibly beautiful detail.  They also engage their views in a wonderful way with big windows that actually feel very contemporary.

Previews Inside Out How does one go about building a new “old” house?

Gil Schafer By siting it well, creating a landscape around the house that makes it feel like it “belongs” in its spot—that its siting feels inevitable; by getting the proportions and details right—for the period you are trying to evoke; by allowing those wonderful, quirky “accidents” that happen in an old house that grew over time—like a door slightly off center, or a funny small room in the plan, or rooflines that step down from wing to wing and don’t seem too perfectly coordinated; by using wonderful hardware that connects to the period your house is referencing; by using salvaged antique material where possible—like reclaimed floor boards or old beams.

Previews Inside Out If you were going to purchase a historic Federalist style home today, what would be the one element you would look for?


Gil Schafer The overall detailing—does it have good bones?  The staircase—staircases in Federal Style houses were often one of the places where the original detailing was at its most exuberant, and that is a harder thing (more expensive) to replicate.

Previews Inside Out What are the three essential cornerstones of creating a great traditional house?


Gil Schafer I think that “great houses” are that way because their architecture, their decoration, and their siting and landscape all work together in harmony to create a special experience.  When those three elements are working together, the outcome is much greater than just the sum of the individual parts.  Also, a great traditional house is really one that you can ultimately feel at home in—one that can tap into your own memories of home and create opportunities to form new ones.

Previews Inside Out How might you infuse a sense of luxury into a historic home?


Gil Schafer Great bathrooms and closet space!  We often achieve that in an old house by taking over an adjacent room to gain more space and thereby create a more elegant layout of the components. One of my pet peeves is the huge tub laid out at an angle in the corner of a bath because there wasn’t enough room to fit everything in otherwise.  If you have more room to work with, you can create a very elegant room that will keep with the character of the house but have a real 21st century luxury to it. 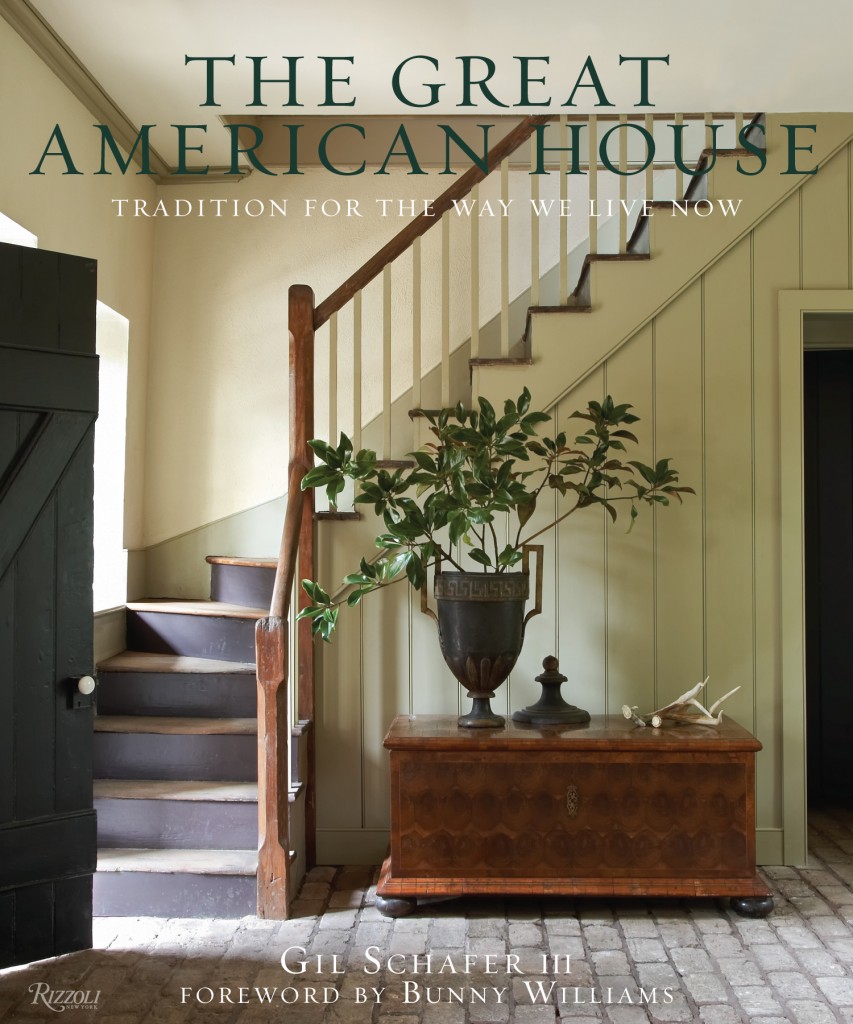