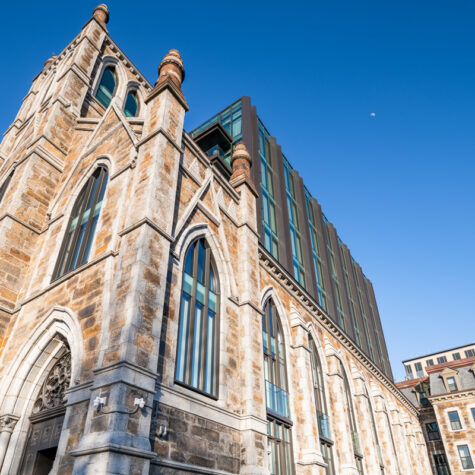 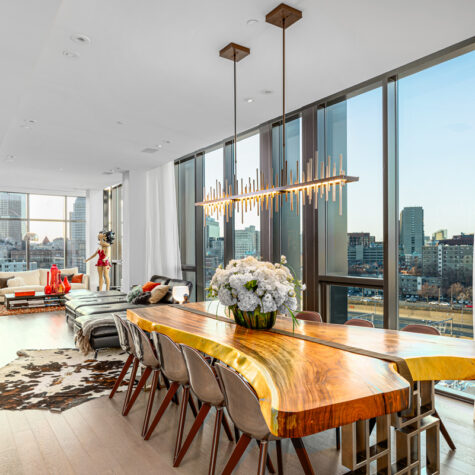 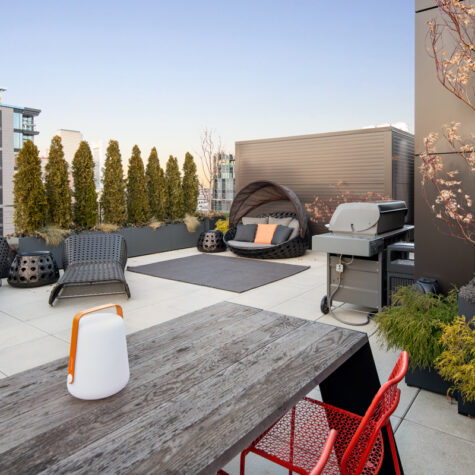 Natural light. Outdoor space. Square footage. Even just one of these desirables can elevate a home in an urban setting like Boston. To have all three united in a single-level penthouse spanning over 2,600 square feet with epic city views is especially rare. That’s what makes Penthouse 8A one of the city’s most sought-after new real estate offerings. Explains listing agent Ricardo Rodriguez of Coldwell Banker Realty in Boston-Back Bay: “Square footage in Boston only happens vertically. To have it all on one floor is a big deal.” 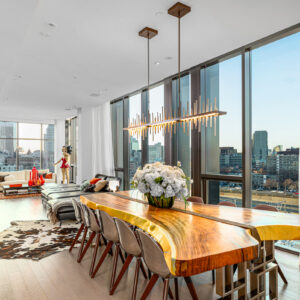 Rising above the South End, the $4.85 million luxury condominium is uniquely perched on the 8th floor of The Lucas, a 33-unit architecturally acclaimed building converted from a 19th century Gothic-style church designed by Finegold Alexander Architects. The design of the 33-unit boutique building made creative use of the historic façade, removed the roof, and fit eight stories of units with a variety of interesting floor plans into the Gothic shell. “The Lucas is one of the most iconic buildings in Boston,” says Rodriguez. “It’s incredibly sought-after because of its history and architecture.” 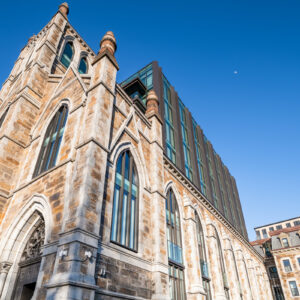 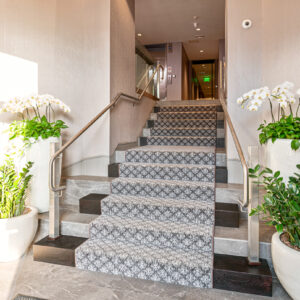 The current owners became enamored with the space after seeing it for the first time when Rodriguez listed it as brand-new construction in 2017. Their “modern sanctuary in the sky” encompasses three bedrooms with three ensuite baths plus a powder room in approximately 2,623 square feet — a little more than the average size of a single-family home. Volume ceilings and floor-to-ceiling windows flood the open one-level floorplan with natural light while creating a mesmerizing portrait of a city on the go. The couple says they are still captivated by the golden sunlight as it hits the living room during sunsets. “Living in 8A, one can feel how the interior space is integrated with the exterior’s energy and movement of the city,” they gush. “Its views are a constant source of entertainment.” 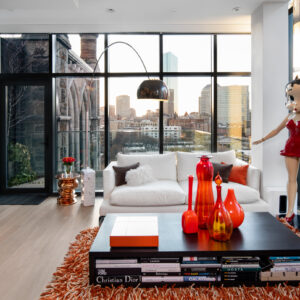 The open nature of the floorplan highlights the dynamic interior vision of Boston’s Alina Wolhardt of Wolf in Sheep Design, who sought to keep the color palette neutral so as to not draw attention away from the views or the building’s architecture. The state-of-the-art kitchen feels like a natural part of the space with a gorgeous waterfall island in natural stone, Wolf and Sub-Zero appliances and sleek custom cabinetry extending all the way to the ceiling so that everything looks as if it blends together. 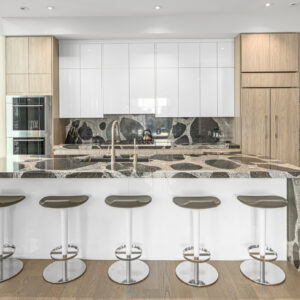 The layout prioritizes entertaining: a dining room complemented by a gas fireplace leads into the soaring living room, which opens up to a private terrace for outdoor entertaining. The spacious primary bedroom suite offers yet another private deck, plus a large walk-in closet and luxurious bath with double sinks, and shower. 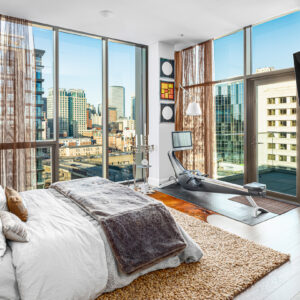 The owners have particularly enjoyed having access to the large outdoor terraces from the living room and primary bedroom, which both expand to impressive views. There is also a sizable private rooftop space, “perfect for large gatherings and outdoor living with an unobstructed eye-level view of downtown Boston.” 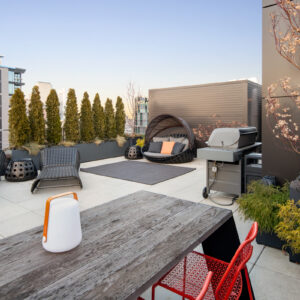 Despite the condo’s relatively new construction, the owners made numerous upgrades to the kitchen, lighting systems and more, in addition to converting it to a high-tech smart home with large TVs and a Sonos sound system in every room. “As soon as you enter the foyer, you can control the lighting, the climate and the A/V from an iPad,” says Rodriguez.

Private elevator access opens directly to the condo’s foyer and leads into the living area where the entire city unfolds right before your eyes. “You can park your car in the garage and go right up to your unit without having any contact with the common areas,” says Rodriguez. This feature proved to be essential for city living during the height of the pandemic last year. Even so, The Lucas offers a concierge and a laundry list of amenities, such as a gym, pet spa, clubroom, and a common outdoor terrace with grill and outdoor seating — if and when people are ready to return to socializing.

Between the architecture, natural light, access to the outdoors and undeniably spacious interiors, this artfully designed house in the sky truly rises above the rest. 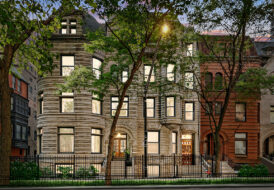 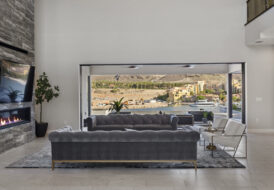 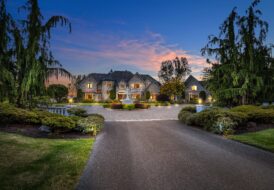 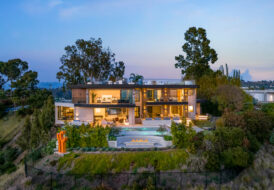