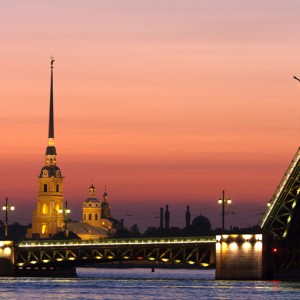 Looking to fill your summer calendar? Let Previews® Inside Out be your guide to the chicest events around the world. Whether you’re seeking a good old-fashioned British horse race at Ascot or the need for speed in Pebble Beach, there are plenty of posh events to keep you entertained this summer.

The town of Basel—situated at the border between Switzerland, France and Germany—is the unique setting for one of the most celebrated Modern and Contemporary art shows in the world. The 2014 exhibit brings more than 300 premier galleries from North America, Latin America, Europe, Asia and Africa to Europe, showcasing every medium of art from paintings, drawings and sculpture to installations, photographs and video. Expect to rub elbows with tens of thousands of art connoisseurs from across the globe as you take in this monumental gallery exhibition.

St. Petersburg comes alive during what is called “White Nights,” the 80 or so evenings from May to July.

Recognized worldwide as the “global forum for design,” the Design Miami fair is a not-to-be-missed event for high-end design enthusiasts. You can mix and mingle with the most influential collectors, designers, curators, gallerists and critics in the industry as you behold museum-caliber exhibitions of contemporary furniture, lighting and objets d’art. After you’ve exhausted your design passions for the evening, remember to indulge your culinary passions at one of Basel’s finest restaurants, like the Michelin-starred Cheval Blanc at the Grand Hotel Les Trois Rois. 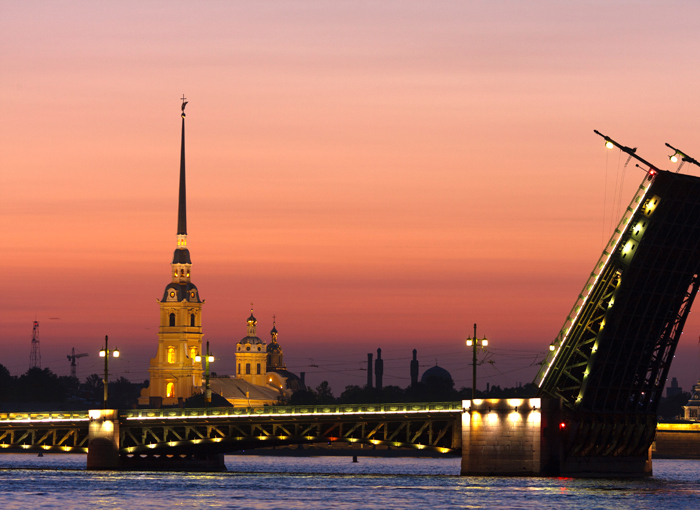 St. Petersburg comes alive during what is called “White Nights,” the 80 or so evenings from May to July, when the city awakens from its cold and dark wintery slumber to celebrate nearly round-the-clock daylight. The White Nights Festival, in particular, captures the spirit of Russia’s cultural capital with a series of classical ballet, opera and music events. Expect to stay up all night enjoying performances by Russian dancers, singers, musicians and actors, plus a surprise international star or two. (Nelly performed last year). Afterward, take a romantic stroll along the River Neva under the milky night sky.

Where else can you eat strawberries and cream among royalty while watching Andy Murray smash tennis balls on ryegrass? Wimbledon is the oldest and most revered tennis tournament in the world, and there’s a reason—it’s elite, it’s expensive and it’s one of England’s most coveted summer tickets.

The British Grand Prix at Silverstone—July 3–6

Renowned worldwide as one of the most thrilling sporting events on the Formula One™ calendar, the 2014 British Grand Prix is 100% pure adrenaline for the drivers—and the spectators. Teeter at the edge of your seat as world-class F1® drivers dash past you on a racetrack that even they call “insanely fast.” If exhilaration is your cup of tea, this is the ticket of the season.

The 101st Tour de France is unquestionably the most famous cycling tournament on the planet—and one of the most thrilling sports events you’ll ever see. Made up of 21 stages, the 3,656-kilometer race continues for weeks with 18 teams—and one yellow jersey, in particular—battling to be the first to cross the finish line at Paris’ Champs Elysées. And you, d’accord, want that golden Paris ticket to witness the finale in all its grandness.

Slip on your Philip Treacy hat (or gray top hat) for the Royal Ascot—Britain’s most prestigious horse race meeting. You’ll surely get the royal treatment: afternoon teas, five-course luncheons and, if you’re lucky, a glimpse of Her Majesty…all while betting on stallions of equally notable pedigree.

For the first time in 14 years, the 2014 PGA Championship is teeing off at the beautiful and newly improved Valhalla Golf Club in Louisville, Ky. The world’s top professional golfers will take on a challenging 18-hole course as fans quietly oooh and ahhh with every stroke. Last year’s winner was American Jason Dufner and in 2012, Ireland’s Rory McIlroy—and tickets are already selling out in anticipation of who will walk away with this year’s coveted Wanamaker Trophy. Get swinging if you want to be front and center for all the action.

Vanwooren. Aston Martin. If these legendary names aren’t enough to lure you to the iconic 18th fairway of Pebble Beach this August, then perhaps the promise of rubbing elbows with the likes of Jerry Seinfeld, Jay Leno and other elite car connoisseurs at the Pebble Beach Concours d’Elegance may move you to put pedal to metal.

End your summer in style with “The Classic.” Here, socialites and celebrities unite for one of the largest outdoor horse shows in the United States. Two don’t-miss moments: Grand Prix jumping, and shopping at the boutique garden, where you’ll find everything from Hermes to Parlanti showing off their duds. 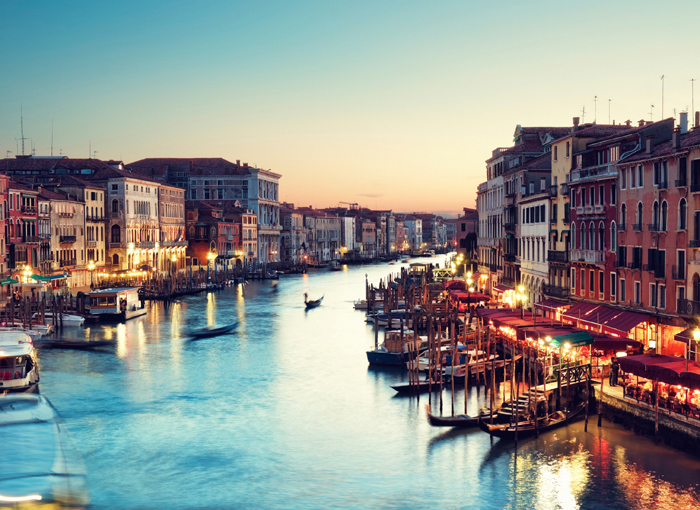 Truman Capote once said, “Venice is like eating an entire box of chocolate liqueurs in one go.” We’ll never know what he would liken to the Venice Film Festival, set in Palazzo del Cinema on Venice’s Lido Island (the world’s oldest film festival). But what we do know: you will have a rich pasticceria of international movie stars, film lovers and VIP parties that ooze Italian drama and romance during the two-week festival.

A Luxury Guide to Summer Events

A Luxury Guide to Summer Events