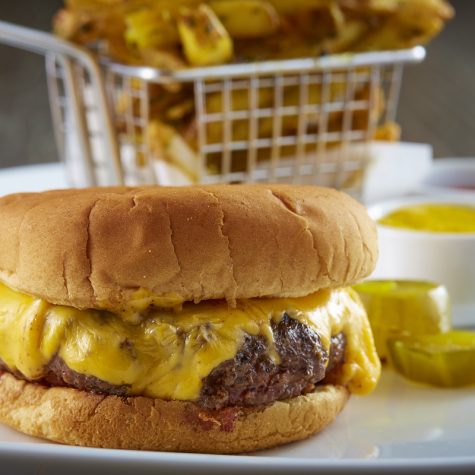 As he is apt to do, Chef John Tesar had a little bit of fun on social media in the days leading up to the first episode of “Top Chef,” Season 14 in Charleston, South Carolina, which premiered on Thursday, Dec. 1. And by “fun,” we mean made a surprise appearance on a Facebook thread on the “Top Chef” page promoting his return to the show. And by “made a surprise appearance,” we mean he thanked a few fans for their support, reminded a few others that confidence isn’t cockiness “if you can back it up” and may have even reignited a five-year-old pickle controversy by announcing he “still has all” of them.

It was vintage Tesar in all his arrogant-gracious glory, stirring the (proverbial and literal) pot and further proving why he was a shoo-in to return to a “Top Chef” season pitting eight “Fan Favorites” against eight rookies. That, and his food chops. Despite an “awful meal” that got him eliminated from his first “Top Chef” go-round in Season 10, Tesar is known for creating food that’s every bit as complex as he is. The three-time James Beard “Best Southwest Chef” semifinalist collects accolades like anecdotes, earning two 5-star awards in his time as executive chef of the Rosewood Mansion on Turtle Creek and numerous more for his popular and critically acclaimed Dallas steakhouse, Knife.

On the Season 14 premier, Tesar took us through a “Top Chef” pantry full of emotions, losing the quick fire with his version of shrimp and grits; reflecting on his mother’s role as a civil rights activist in the 1960s as they approached Boone Hall Plantation, site of the sudden-death cook-off; showing compassion and restraint by not trying to get in the head of cook-off foe Gerald Sombright; and then giving us a glimpse of Tesar gamesmanship by producing (in accordance with show rules) a truffle he’d brought in from home to showcase atop his cream-poached oysters. The dish kept him in the competition and sent Sombright off to Last Chance Kitchen.

“On Day One, to be the loser of the the quick fire and the winner of the cook-off — it gives me that full-circle energy that you can be on the bottom but you can survive,” he said to close the episode.

It’s a metaphor for Tesar’s career and his life thus far, really — a trajectory that’s just one of the topics we covered in Part Two of our two-part interview, in advance of tonight’s second episode. (You can read all about his “Top Chef” experience: what happened on Season 10, what he’s learned since then, what it meant to come back as a Fan Favorite and why he calls this the “best season ever,” in Part One.)

There has been a lot written about you walking away from your partnerships in Dallas restaurants El Bolero, Oak and Royale Magnificent Burgers this year. Many chefs at your level are looking to parlay their success into other endeavors and diversify as much as possible. Why pull back?

I walked away because I didn’t feel good about what I was doing. It wasn’t working. I know now that if I’m going to diversify, I need to do it on my own. Working with Apheleia Restaurant Group was a great experience for me, certainly from an income perspective, but there’s also a lot of liability and lack of control involved in taking over for someone. It’s more complicated than starting your own thing, because you often have to undo layers of problems. 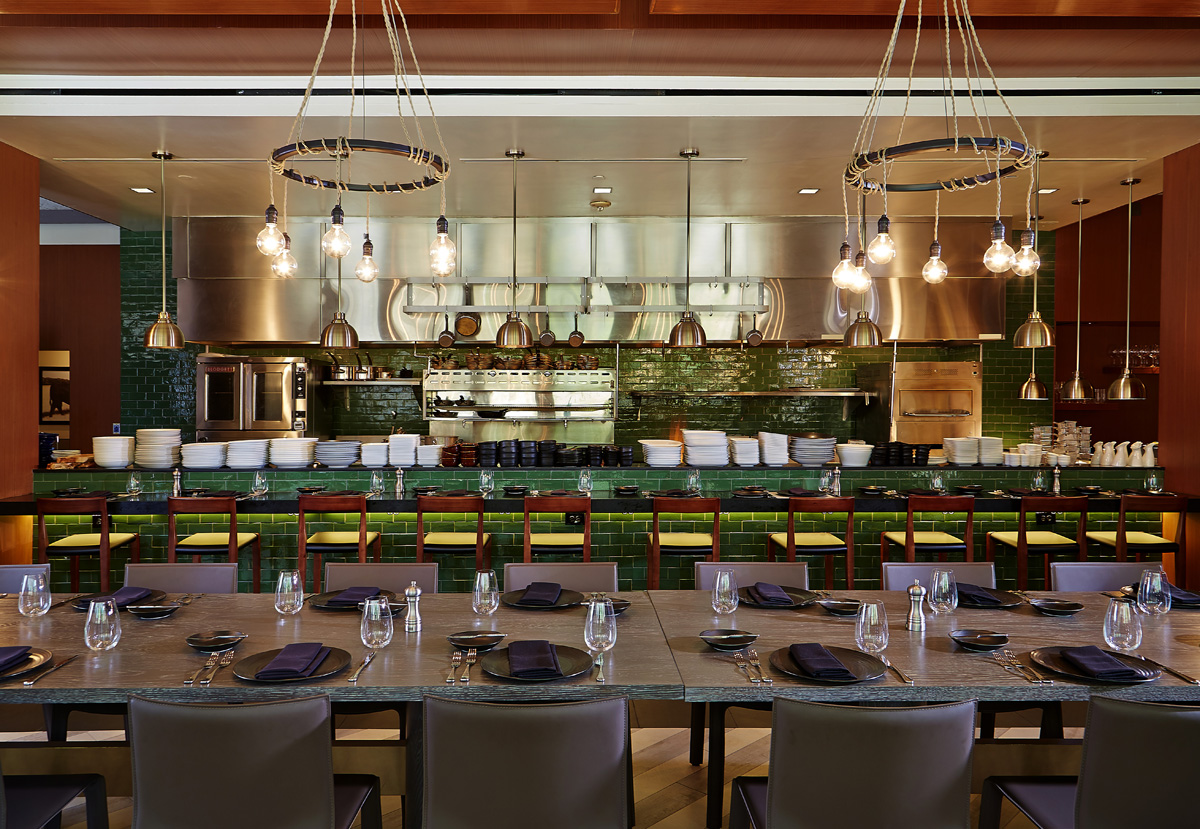 Was there a seminal moment when you thought, “This just isn’t me?”

The “aha” moment was realizing that I didn’t have control, and that wasn’t respectful to what I’ve done for the last 30 years. Rather than take the money and stay in something that wasn’t working, I decided to learn how to have less money and fewer headaches, and let the guy who owns the restaurants run them and not let him use me as a crutch and not use him as a crutch.

Any truth to the rumors about your Dallas steakhouse, Knife, possibly expanding to other cities?

I have several opportunities to open Knife in other areas, and they’re being explored. I love having the opportunity to create my own destiny. I’ve been validated here. Why try to create another genre of food? Why not take what works and what I love to other places that don’t have it?

It’s a façade — a lot of what’s out there from celebrity chefs. They open a restaurant and then go out and borrow money to open more restaurants before they’re even making a profit. It’s fool’s gold. It’s not for me. 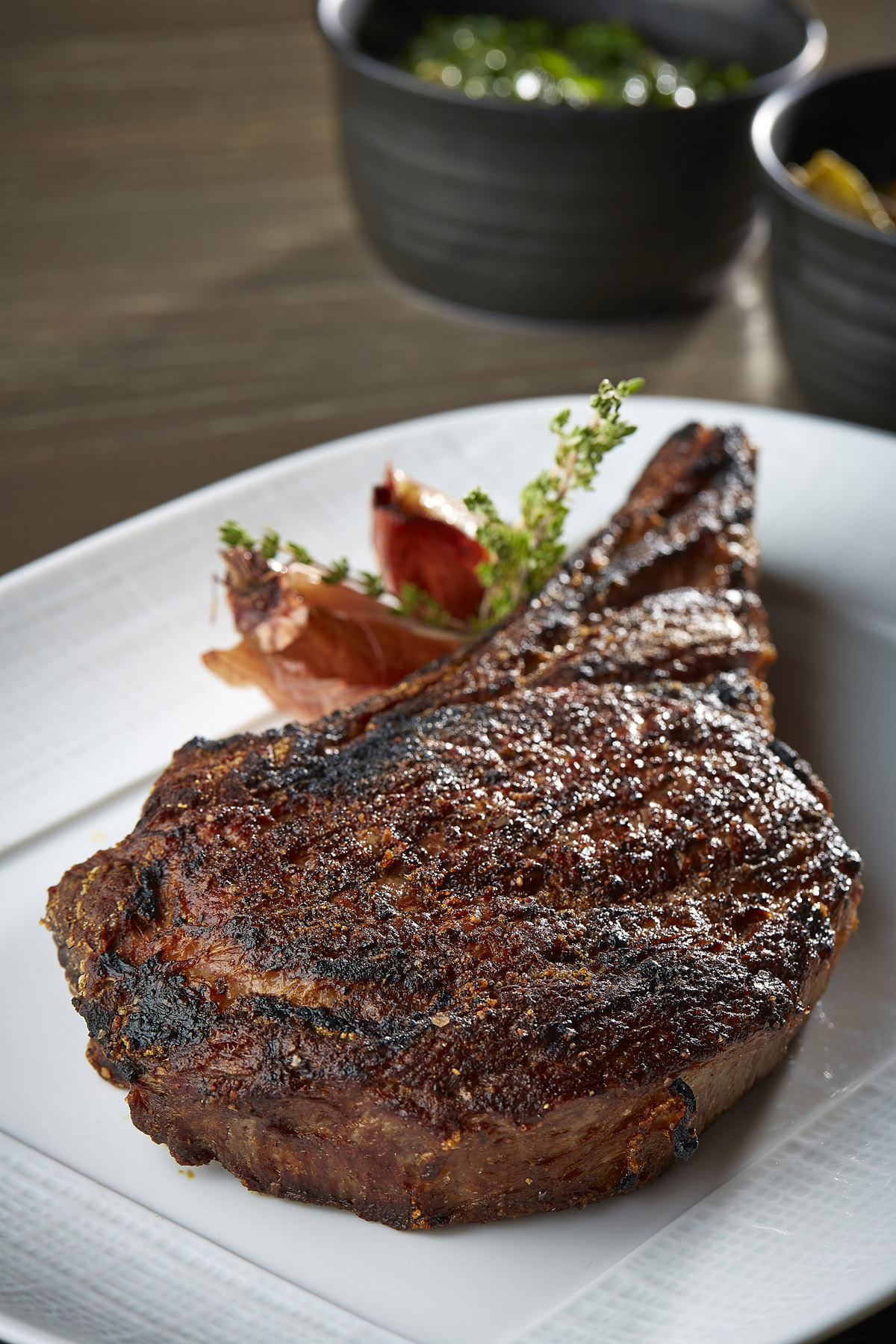 You’ve been called everything from “The Sharpest Knife in the Kitchen” to the “Most Hated Chef in Dallas.” Is one more accurate than the other?

It’s amazing to go from being the most-hated chef to the most beloved. I came here on a magic carpet 11 years ago, replacing Dean Fearing at Rosewood. After I left, there were some politics locally with a magazine writer, and it all blew up after (restaurateur) Nick Badovinas came into my former restaurant, The Commissary, and started a fight. It was very prevalent in the Internet world several years ago, but it’s calmed down now. That situation and all the drama around it led to my being called the Most Hated Chef in Dallas. It propelled me to some kind of notoriety. People who meet me now say, “You’re not that guy at all.”

Would you say you were better prepared for the fallout because you had already made it through some tough stuff earlier in your career?

I’ve had reckless times, and I’m a testament to the idea that there’s life after everything. I’ve been working in the restaurant business since I was 17 years old. I started working at a place in The Hamptons, became chef de cuisine there at 19 and then bought the restaurant at 24. So I owned this restaurant in the 1980s during the prime “Wolf of Wall Street,” disco, Studio 54 scene. It was a long, crazy ride for a good period of time, with a lot of success and partying, and then it all fell apart.

After I sold the restaurant in The Hamptons, I went to New York City and had a deal fall apart. The Hamptons is a million miles away from Manhattan in the fall — and I went broke. That experience and other ups-and-downs over the years play into what I do every day. I can appear abrasive because I open up to people. Many of them can’t fathom what I’ve been through.

That was the basis of my adolescence and the start of my career. I didn’t know then that I had the abilities I recognize now — the texturing, the ability to create what I see in my mind and the cooking skills. 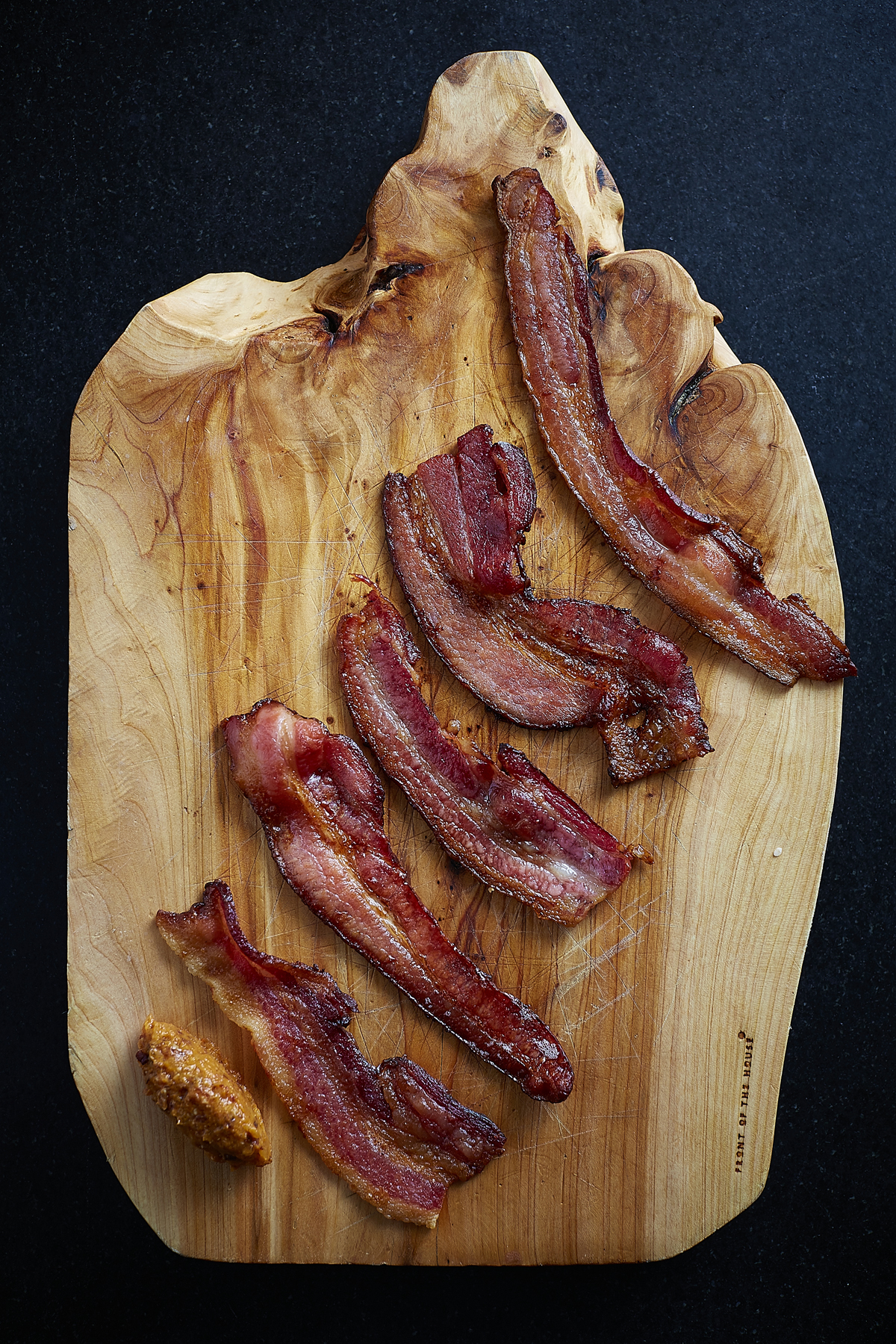 Knife has been embraced by both critics and the public. What does it bring to diners that they’re not getting elsewhere?

I think Knife is just the perfect storm. I was asked to create a steakhouse, and I knew that would be a huge challenge for me in Texas. Mediocrity and an old-school mentality had settled into that genre, and it’s something I felt strongly about. I went out to eat in all the major steakhouses across the country, thought about it long and hard, looked at current trends in the dining scene, studied the aging process and the products, and tried to put a spin on the concept so that it’s not necessarily a steakhouse but, rather, a restaurant that serves meat. Superior meat.

I’m a great steak lover, but some of the steakhouses I tried had “eh” meat. Knife is about sourcing and a technical and intellectual approach to meat cookery. The beef is what makes the difference; you’ve got to have a great product to begin with, which is why we use grass-fed, organic beef from 44 Farms and Niman Ranch. If you have that, you only need a great crust on the outside and salt and pepper. At Knife, the foundation and the roots of classic French cuisine are there. The great bordelaise, the onion rings with real tempura batter — because I hate when I eat onion rings and the little onion comes out. If you’ve eaten here, you’ve seen the difference in the quality, plus a little showmanship, a lot of thought and a ton of research and development. I did a year and a half of R&D while I was waiting for the deal to be finalized.

What can you tell us about “Knife: Steakhouse Meals at Home,” your book that’s coming out next year?

It’s about what we do here at Knife and how you can do it at home. It’s educational and story-driven in the first four chapters, talking about how we met 44 Farms and demystified the beef business, and then there are actual recipes. I’m very passionate about the business and steak and how to cook steak. With certain cuisines in America, we want to be sophisticated and progressive, but, at the end of the day, why are Japanese, Chinese, and Mexican restaurants and steakhouses packed? There’s always going to be an audience for them. They’ve endured the test of time. You can have all the whimsy and arts-and-crafts crap in the world, but if you’re not creating a quality product and making money, what are you doing it for? It’s important to figure that out. It helped make me relevant when I found that balance.

When you look back on your early days as a chef, could you have predicted you’d be here now, running a renowned restaurant and invited back to a popular TV show as a Fan Favorite?