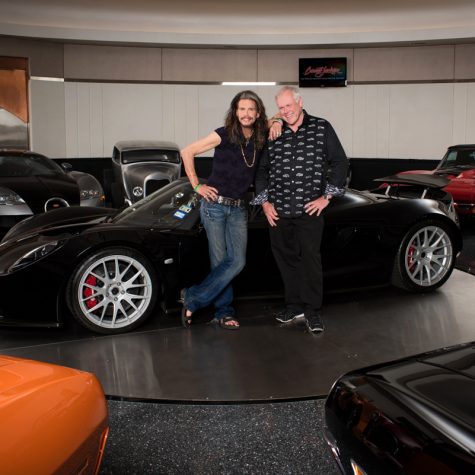 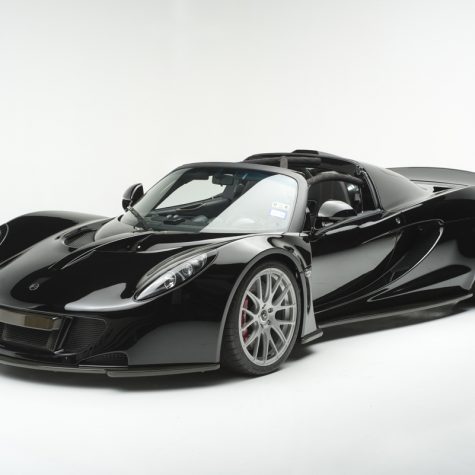 The 46th annual Barrett-Jackson Scottsdale Auto Auction kicks off its 2017 season with a “star-studded” docket on Saturday, Jan 14, and that applies to both the cars, and the stars. Among the 1,700 luxury, classic, muscle, and exotic cars being auctioned at WestWorld of Scottsdale through January 22 are several that come with an impressive pedigree, and some of the most famous names in the world either own them, will be participating in auctioning them, or both.

The Aerosmith frontman, a four-time Grammy-winner and Rock and Roll Hall of Fame inductee, will be in Scottsdale to auction his rare 2012 Hennessey Venom GT Spyder (Lot #3003) with no reserve. This $1.5 million supercar is one of only 12 that were ever created, is the first convertible, and, with a top speed of 270 miles per hour, is one of the fastest cars in the world. Better yet: The sale will benefit Tyler’s charity, Janie’s Fund, which supports abused and neglected girls. 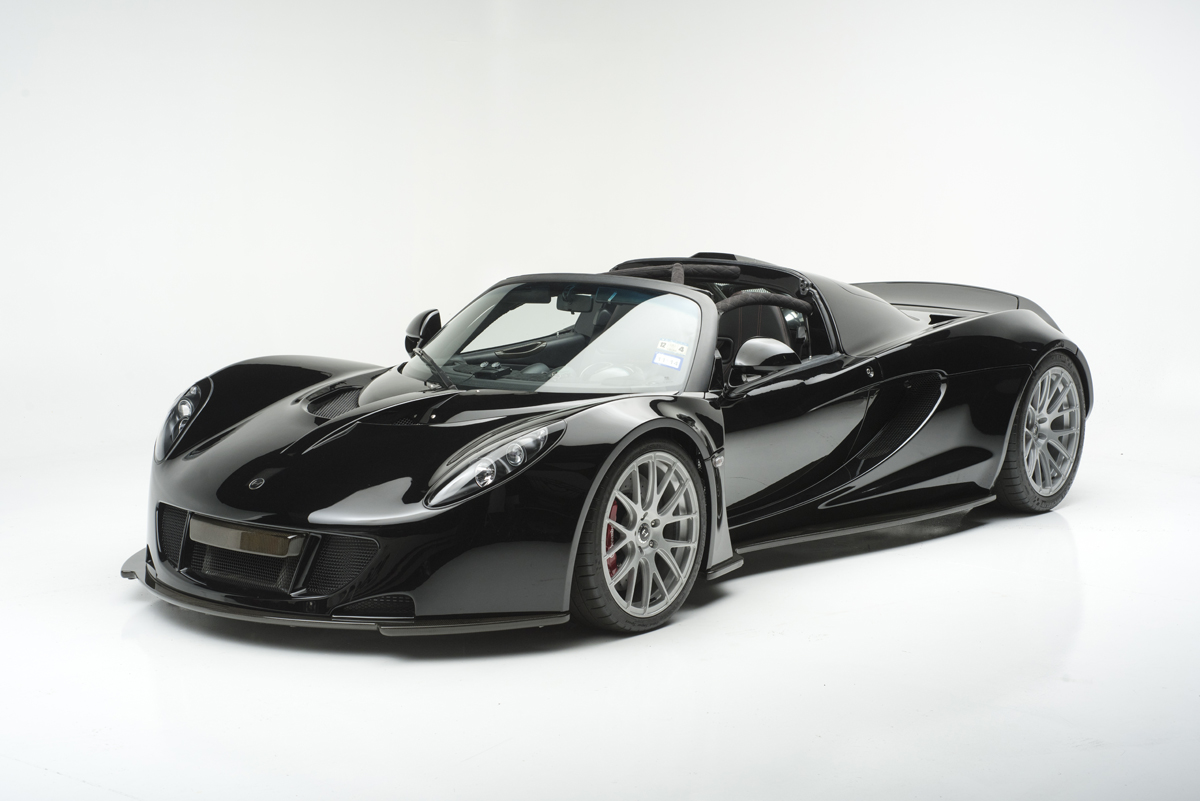 “We’re going to fuel the excitement we built up during our 45th anniversary year with our 2017 Scottsdale Auction,” said Craig Jackson, chairman and CEO of Barrett-Jackson. “Charity remains a pillar of our organization, and after our success in 2016 we surpassed $91 million raised for charity to date. We’re looking forward to another great contribution when Steven Tyler drives his personal Hennessey Venom GT Spyder across the block to benefit Janie’s Fund. I’m confident this, as well as the more than 1,700 collectible vehicles we’ll have in Scottsdale, will set the stage for another banner year at Barrett-Jackson.”

The NASCAR legend is also expected to be in attendance in Scottsdale for the first time, auctioning two cars, with 100 percent of the hammer price benefitting the Nationwide Children’s Hospital, a pediatric care facility and research institute. His 2014 Chevrolet #88 race car (Lot #3006.1), was driven by Earnhardt, Jr. in six NASCAR Cup Series races from 2014–15. The second is a black diamond 1970 Chevrolet Chevelle (Lot #3006) that built on the muscle car’s original frame to create an entirely new knockout of a car.

Justin Bieber’s famous 2011 Ferrari 458 Italia F1 Edition is said to be valued at $175,000, and does have a reserve. If it doesn’t fetch a price far beyond its value, it should at least set records for decibel-level. That’s if Bieber shows up to the event, as has been rumored, and which will undoubtedly elicit the squeals of young girls accompanying parents to the auction (or the other way around). The car, custom-built by West Coast Customs, includes a Frozen Blue chrome exterior wrap, a wide-body kit, and a 2,000-watt, 10-inch subwoofer.

This spotless red 1934 Ford custom sedan (Lot #811) with the the original steel Ford body and a 350ci Chevrolet engine is as dynamic as one of Eddie Van Halen’s guitar licks. The Rock and Roll Hall of Fame member is auctioning the car with no reserve.

Beatles legend John Lennon owned the 1956 Austin Princess (Lot #1380) being auctioned with no reserve in Scottsdale. The former hearse was outfitted with two rows of airline seats, used extensively in the film “Imagine,” and later donated to the Austin Rock & Roll Car Museum, where it has been on display. 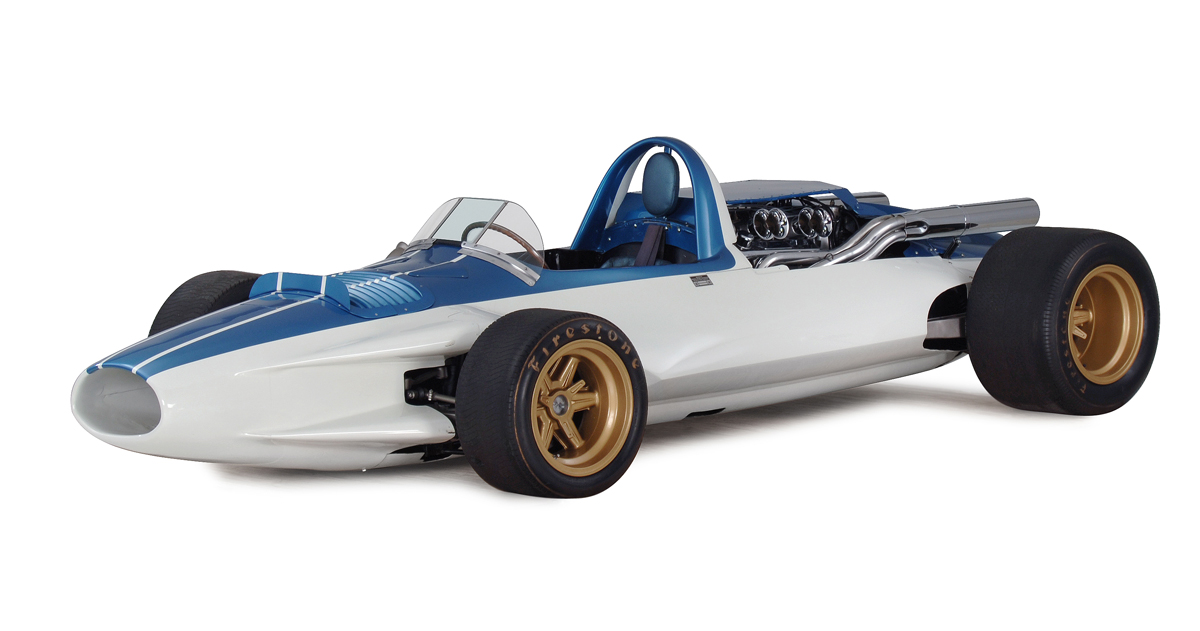 Don’t know the name? American car enthusiasts do. Zora Arkus-Duntov was known as the “Father of the Corvette,” and his 1960 Chevrolet Engineering Research Vehicle (CERV) 1 (Lot #1390) is historic, coveted, and one of the “most anticipated vehicles on the docket,” said the auction house. The car was Arkov-Duntov’s personal test model and was used by engineers in the development of the Corvette. 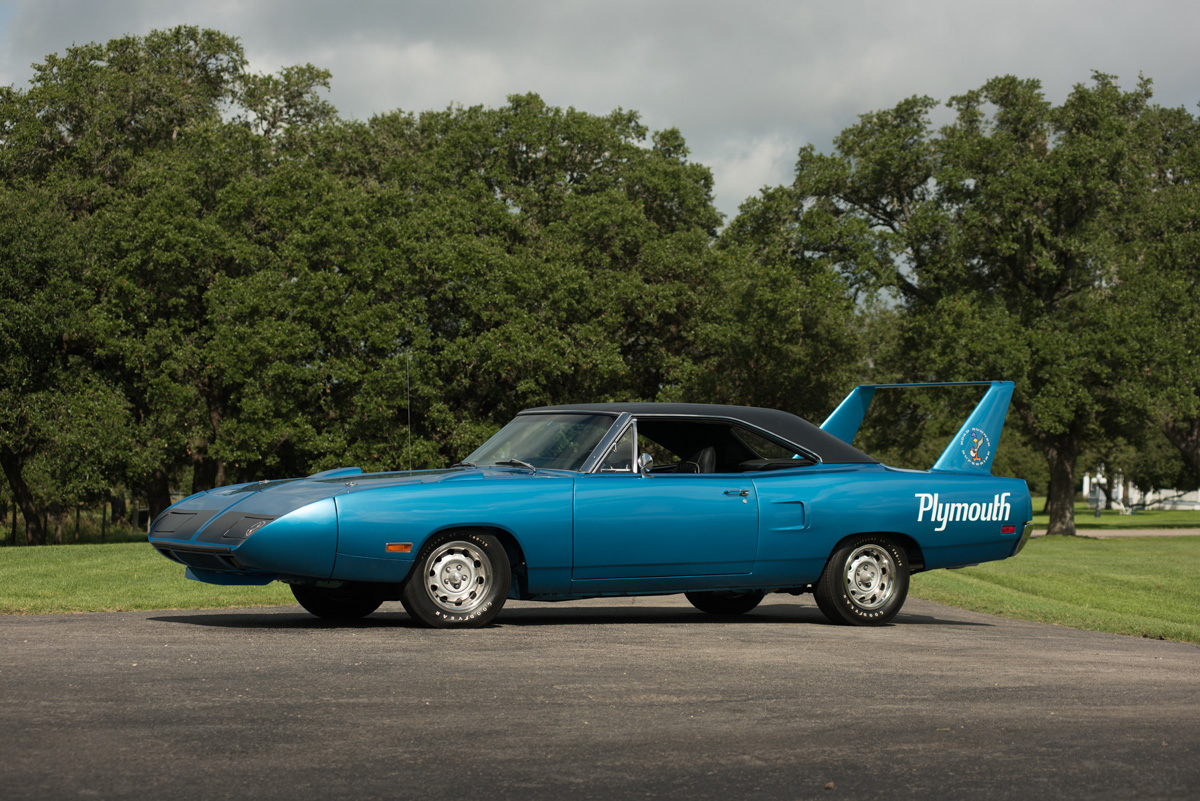 An automobile magnate, having owned about 50 dealerships, and the former managing partner of the Houston Rockets, Thomas is a car connoisseur with few equals. One-hundred-forty-five of his collectible cars, ranging from prewar classics, to American muscle cars, to European and high-performance autos, will be auctioned in Scottsdale, all with no reserve. (Technically, the collection puts our count of nine celeb cars to watch way over the stated number, but Thomas’ cars are best views as one incredible collection, so…a little leeway.).

9 Celebrity Cars to Watch at the Barrett-Jackson Auto Auction

9 Celebrity Cars to Watch at the Barrett-Jackson Auto Auction