“Each of these buildings offers innovative solutions to the needs for housing, worship, work or leisure,” said World Heritage Committee members in a news release. “Wright’s work from this period had a strong impact on the development of modern architecture in Europe.” 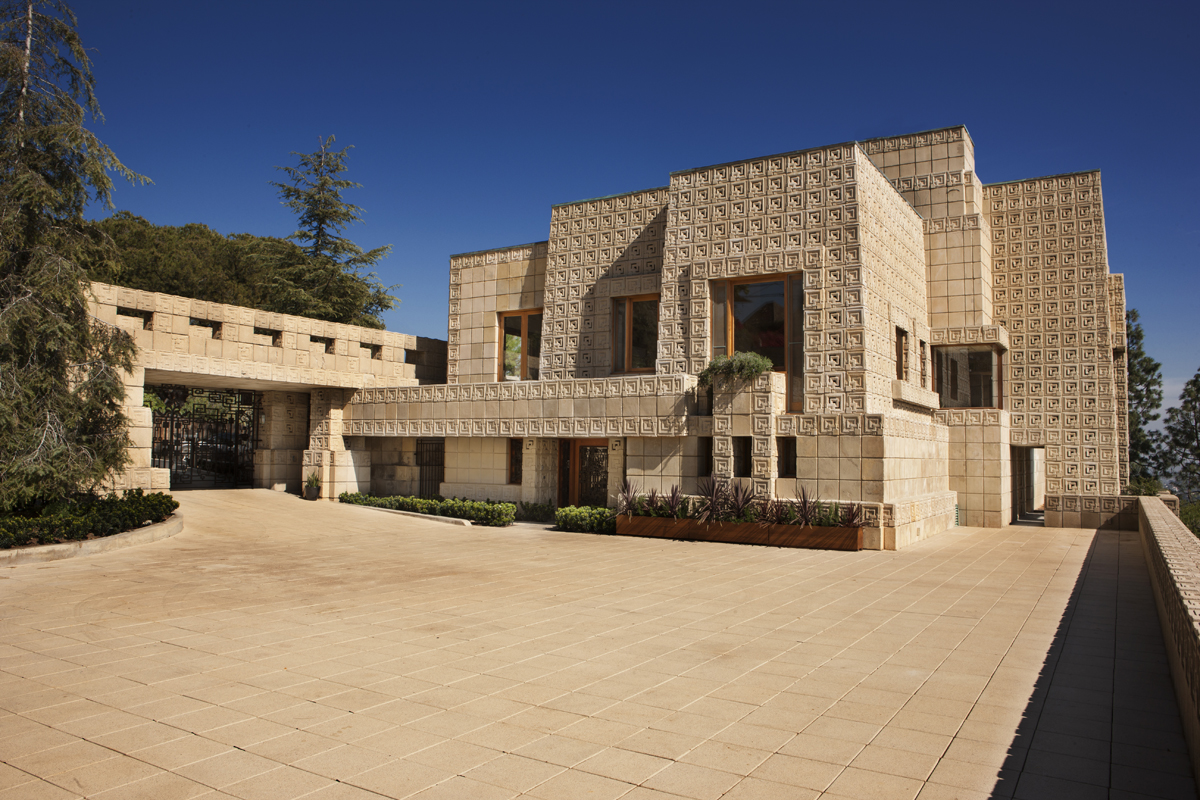 The Ennis House by Frank Lloyd Wright is currently listed for $23 million by Ron DeSalvo of Coldwell Banker Residential Brokerage in Beverly Hills.

The UNESCO designation has been bestowed on 1,000-plus sites including the Taj Mahal, Machu Picchu, the Pyramids of Giza, and the Statue of Liberty. And while none of the new Wright designees are for sale, enthusiasts can still capture his mystique in one of the architect’s landmark residences for sale—one that also happens to be listed on the National Register of Historic Places. The 6,200-square-foot Mayan Revival Ennis House is listed for sale for $23 million by Ron DeSalvo of Coldwell Banker Residential Brokerage in Beverly Hills. This four-bedroom, three-bath manse is not just an historic architectural treasure, but also a highly livable home reflecting both the ingenuity of Wright, and the spoils of a recent $17 million restoration.

Built in 1924 on a Los Feliz hilltop that affords breathtaking views stretching from downtown Los Angeles to the Pacific Ocean, The Ennis House is designed in a concrete block style—one of four houses the architect fashioned this way. It took more than 27,000 of these textile blocks, “all made by hand using decomposed granite extracted from the site,” to complete the home, according to the Los Angeles Conservancy. 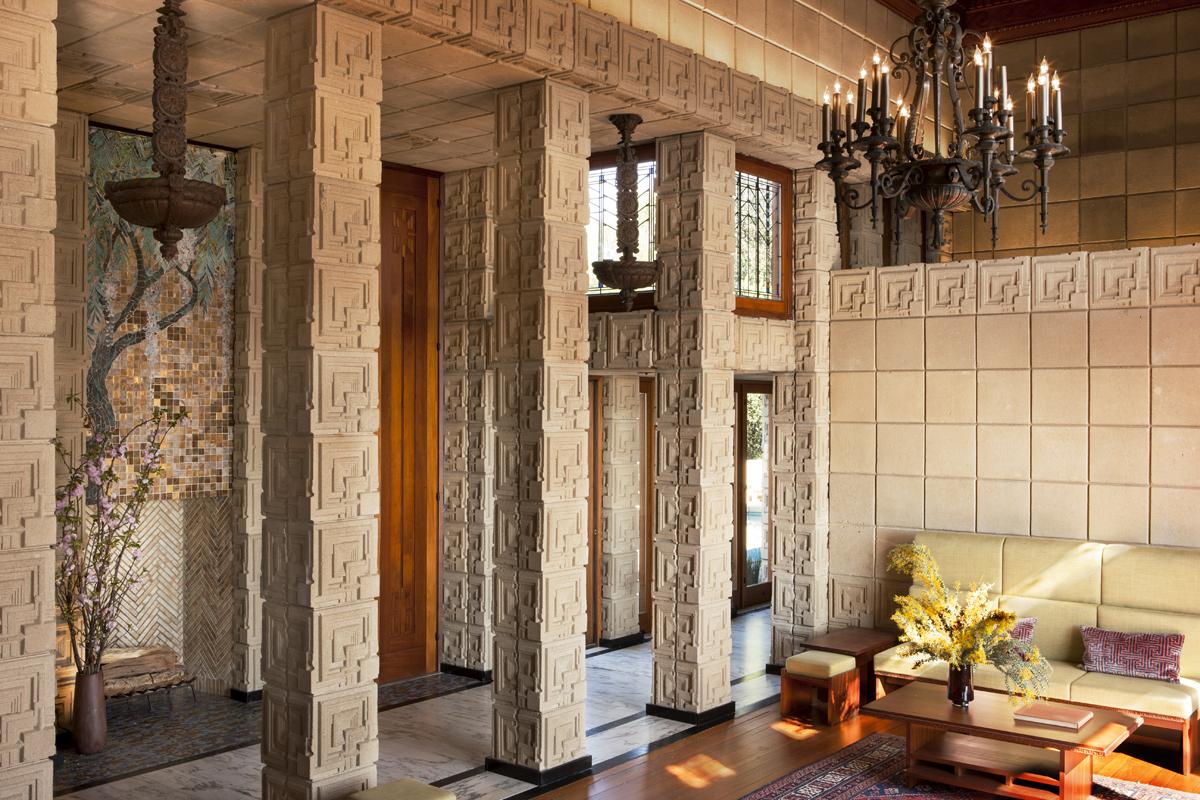 Additionally, three specially-designed corner windows have been carefully placed to frame the breathtaking panoramas; one such window looks out from the immense formal dining room directly onto glittery downtown L.A.
The home’s well-designed entertainment spaces also include a luxuriously appointed living room that opens to a view terrace and features a Wisteria glass mosaic above the fireplace—said to be the only surviving example of this type of work. Additional features include: a billiards room, numerous balconies, a large pool and pool deck, a fish pond, a courtyard, and guest quarters above the detached garage.

The one-of-a-kind residence home is also a bit of a movie star, having been featured in films such as Blade Runner, Rush Hour, Twin Peaks, and Mullholand Drive, and the television series Buffy the Vampire Slayer.