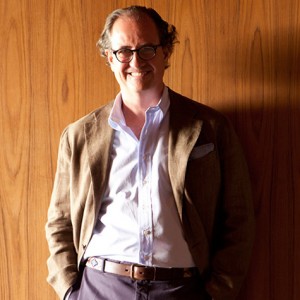 A version of the following article originally appeared in 1stdibs’ Introspective Magazine.  For more stories on today’s most influential designers and style-setters, visit  1stdibs.com.

When Luis Bustamante was 14 years old, he visited the Rijksmuseum in Amsterdam.  It was a defining moment in his life.  As he stood before the drawings of Rembrandt, marveling at the way the master artist used nothing but pencil to capture light, he knew that he too wanted to be an artist.  “The importance of that moment was profound – I carried it around with me in my memory from then on,” he says.

To all, distinguished and learned, Bustamante is one of those captivating speakers who can enthrall for hours.  We met in his Madrid studio, a converted period apartment in a handsome building in the Salamanca district of Madrid, which, at first glance, I mistook for his home.  In the salon, the walls are covered with black felt, a dramatic and tactile backdrop to 18th-century furniture, a collection of objects from antiquity and bold contemporary art, including works by Monolo Millares (the self-taught Spanish artist who became associated with the Madrid group known as the informalists), Dutch-born Jan Hendrix and the Catalonian abstract artist Joaquim Chancho.

Brought up in Madrid, Bustamante did indeed go on to study Fine Art at the University Complutense in Madrid.  A few solo exhibitions in Madrid and Barcelona followed before he decided to become a sculptor.  Then, at the age of 32, he changed direction once again.  Prompted by friends who admired his way of decorating and wanted his help with the styling of their own houses, he announced to another friend, the Barcelona-based interior designer, Rosa Rosselló, that, starting the next day, he too would be an interior designer.  “In that case,” answered Rosello, “you will be the most interesting interior designer I know.”

Those proved to be prophetic words, indeed.  Bustamante’s first commission came from the famed Catalan artist Antoni Tapies, who asked him to create the interior of the Antoni Tapies Foundation in Barcelona, which opened in 1990.  Tapies had known Bustamante as a sculptor – they inhabited the same social circle – and in turn Tapies was an artist Bustamante hugely admired.  “It is very hard when you start out – your clients put enormous trust in you, because you have no work you can show them,” he says.  “It was such a big responsibility to work for someone like Tapies, whose aesthetic I regarded so highly.”

At around the same time, Bustamante and Rosselló went into partnership together, based first in Barcelona, where he lived for eight years, and later also opening a studio in Madrid, the home city to which he longed to return.  He remembers these as golden years.

About 20 years ago, Bustamante set up his own independent design practice.  From the very beginning, the lion’s share of his work has been residential, and today his clients are found in such diverse locations as Madrid, Miami, Mexico, London, New York, Switzerland and the Dominican Republic.  “I try to translate dreams into reality,” he says, “the problem is that often people do not even know what their dreams are – it is like being on an island and hunting for treasure”.

The varied styles of the projects he undertakes, from traditional country to urban modern, proves that he’s not a designer who imprints his own ego onto a house or apartment.  “I design for real people, and I want my work to allow them to change and to grow within their homes,” he says.  Twice divorced and with two adult daughters, Bustamante well understands the fluctuations of modern family life.

To Bustamante, a room is both a piece of sculpture and a painting – a composition of scale and color, texture and pattern, balance and harmony, where lighting is also key to success.  The styles of his projects may be very different, but there are common threads running through: a love of classical symmetry and order, an appreciation of quality materials, monochromatic color schemes, a cool, controlled atmosphere with a hint of something wild about to burst forth just under the surface.  “I am both a passionate and a controlled man,” he says.  “That may sound a paradox but its true.”

It is impossible to separate Bustamante’s work from his love of art.  Everything he sees and experiences influences his work, but he cites Velázquez as a particular inspiration, most particularly because “he was not searching for beauty, but for perfection.”  He also admires the paintings of Francisco de Zurbarán (whom he calls “the Spanish Caravaggio”) for the subtle and wholly convincing gradations of color and texture caught in the folds of garments, often made even more memorable by black backgrounds.

He has a scholar’s love of ancient Greek civilization but is equally enthralled by his own era: For him, Picasso is the undisputed genius of all time.  Bustamante himself is an avid collector of modern art, his elegant Madrid apartment hung with works by, among others, the celebrated Spanish painter Joan Hernández Pijuan (1931-2005).

The other defining trait of Bustamante is his pride in Spanish culture and heritage – not just art, but poetry, literature, music, history and tradition.  Spanish interiors may not have the same recognizable signature as French, English or American rooms, but the handwriting is there nevertheless.  Bustamante compares Spanish style to Spanish cuisine: simple, local, high-quality ingredients, mixed together with flair, to create bold and confident effects.

His color sense is certainly signature Spanish: He loves black in the same way that Goya did.  However, in his hands it is not gloomy or melancholic but striking and vibrant.  Second to black, he loves cool white and deep blood red.  In his hands, a very little red goes a long way – it might be the edging on white linen curtains or a simple throw draped over an ivory sofa.  His monochromatic schemes, often enlivened with these jolts of red, create energetic and elegant backdrops to family living – albeit families who often enjoy collections of antique furniture and fine paintings.

As for materials, Bustamante favors the simple and natural – high-quality stone, wood, leather and linen in particular.  Forms are strong, simple and unembellished, but often he will throw something into the mix that challenges a too-harmonious scheme, while still retaining a sense of balance.  Symmetry is an obsession – two lamps, two screens, two chairs, two console tables – although he admits that “the client will inevitably and necessarily disorganize his own house.”  He dislikes both radically contemporary spaces and those that are stuck in the past, but what he abhors most is pastiche.  “It is very sad to go into someone’s house and for it to feel fake,” he says.  “Design must be of its time – the moment that you live in – but that is not a reference to fashion.  Nothing goes out of fashion as fast as fashion.”

What is perhaps most interesting about the interiors Bustamante creates however, is that they all have a feeling of permanence from the very first moment of their creation.  None of his rooms look new; rather, they seem to have evolved of their own accord.  As he sees it, his aim isn’t to provide clients with houses that are so “done” that there is no room to maneuver, but instead to give them homes where they and their families can graft their own personality over the years to come.  Ever thinking like an artist, he says, “I like to create a blank page on which my clients can write their future scenarios.”

4. Set of five chairs in the manner of Georges Jacob offered by Clinton Howell Antiques