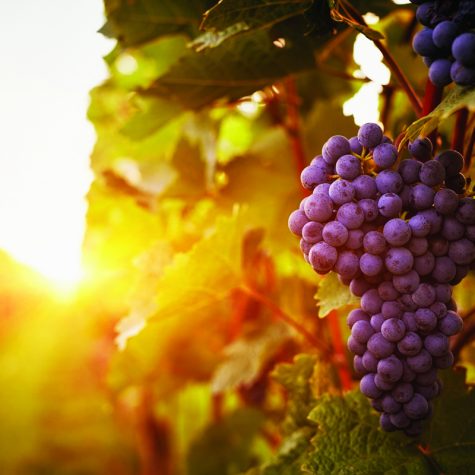 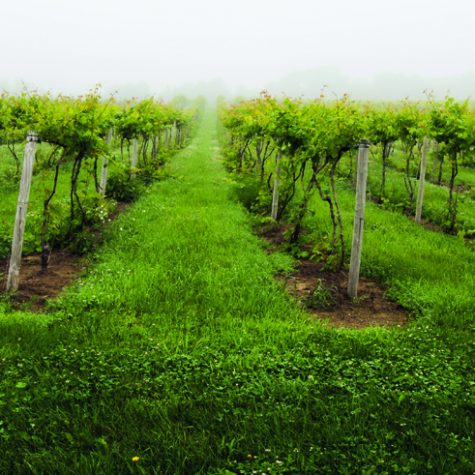 Wine has become a national passion, and one does not need to visit California to enjoy a winery tour. The Golden State may be home to the most acclaimed vineyards in America, but Washington, Oregon, Virginia, and New York all have well-established winemaking traditions. Now upstarts like Iowa, Pennsylvania and North Carolina are creating quality wines that deserve attention.

Currently, there are recognized American Viticultual Areas (AVAs) — bona fide wine grape growing regions that bring credibility to local products — in 33 different states and counting. Tourists can follow wine trails to multiple wineries and tasting rooms in unexpected places like the Ozark Highlands of Missouri or Escondido Valley of Texas. Washington, D.C.-based WineAmerica commissioned a study to determine the economic impact of wineries nationally, and found that it amounts to $220 billion annually in sales, jobs, taxation, and tourism.

Jim Trezise, WineAmerica’s current president, explains the organization advocates for public policies that improve the business climate for wineries, and insists the industry presents a unique opportunity to enhance economic development in rural areas. “Wine regions are like magnets for money,” states Trezise, explaining, “The tourism alone generates a multiplier effect that is great for the economy.” 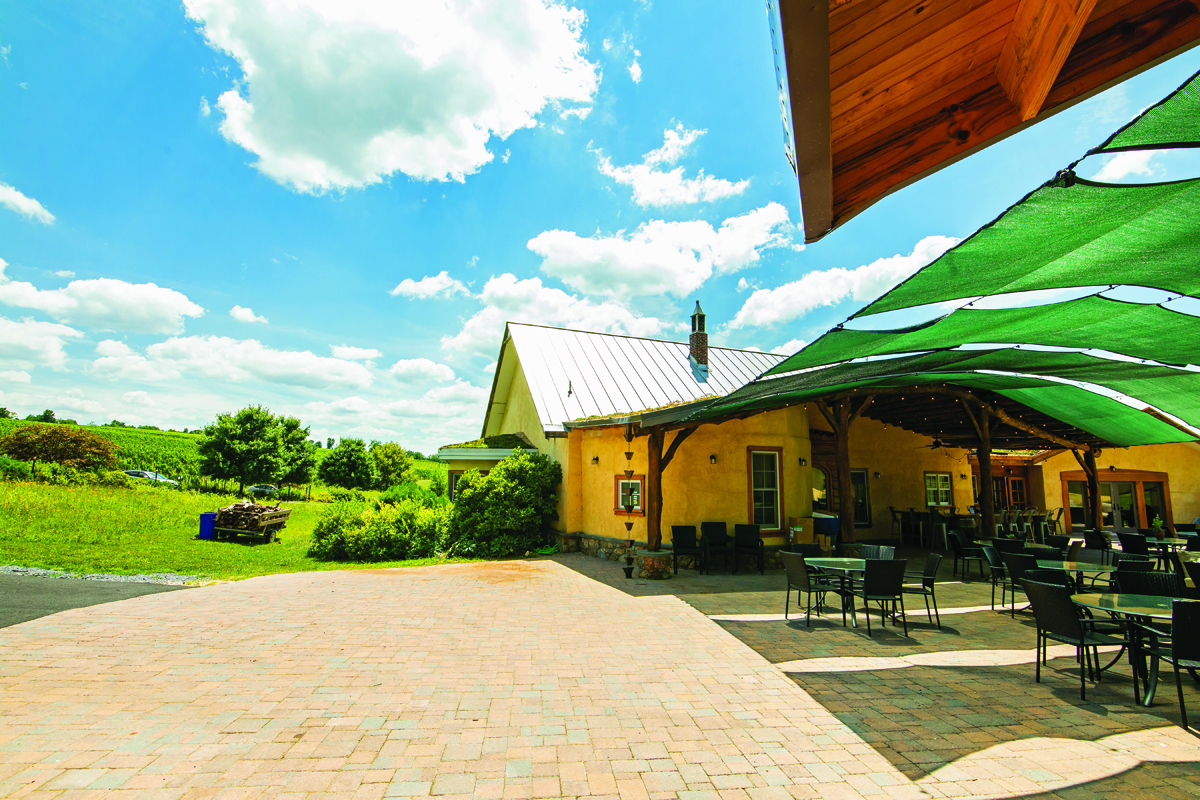 Maryland’s Chesapeake Bay may be best known for its blue crabs, but the area also has a thriving wine industry. In fact, the Chesapeake Wine Trail, one of 10 such trails designated by the Maryland Wineries Association, strings together more than a dozen wineries or tasting rooms. Founded in 2002 by Ed Boyce and wife Sarah O’Herron, Black Ankle Vineyards is located in another part of Maryland, in the Appalachian foothills less than an hour west of Baltimore. The couple’s 62 acres are planted with 11 varietals that include Bordeaux red wine grapes along with more eclectic white varietals such as Spain’s Albariño or Grüner Veltliner, a grape that has made Austrian wine trendy.

“It may take another 20 or 30 years, but I have faith we’ll have a great wine region here in Maryland,” says Boyce, who reports Black Ankle produced 7,600 cases last year and is actively acquiring new land for vineyards. “We concluded from our research that there’s a huge difference between wine regions in places where it rains and where it doesn’t, so we tend to look east to Europe instead of west to California,” explains Boyce, who reports his Rolling Hills Bordeaux blend has the natural acidity of a French wine, but the richness of a Napa Valley cab.

Michigan is another state earning praise for its wine industry, and despite its chilly climate the Wolverine State boasts nearly 150 wineries, even in the Upper Peninsula where vineyards are planted with cold weather-resistant hybrids like St. Croix and Frontenac. In other parts of the state, traditional European vinifera like Chardonnay, Riesling and Pinot Noir grow, as well as French-American hybrids Chambourcin and Vignoles.

Karel Bush, executive director of the Michigan Grape and Wine Industry Council, reports the state’s wine industry really began accelerating after 2000, and the number of wineries has doubled since 2010. “Farmers started to realize they could grow wine grapes and make money doing so,” she says, noting that most of the state’s wineries find that bottling wine from their own estate-grown grapes is the preferred business model. “Michigan white wines tend to be very crisp with a beautifully balanced acidity and are more like wines from Europe than California,” says Bush, who provides insightful tasting notes on her state’s products. “As more of our wineries enter competitions, they’re receiving an impressive number of national and international awards,” she adds, reporting 129 gold medals thus far in 2018. 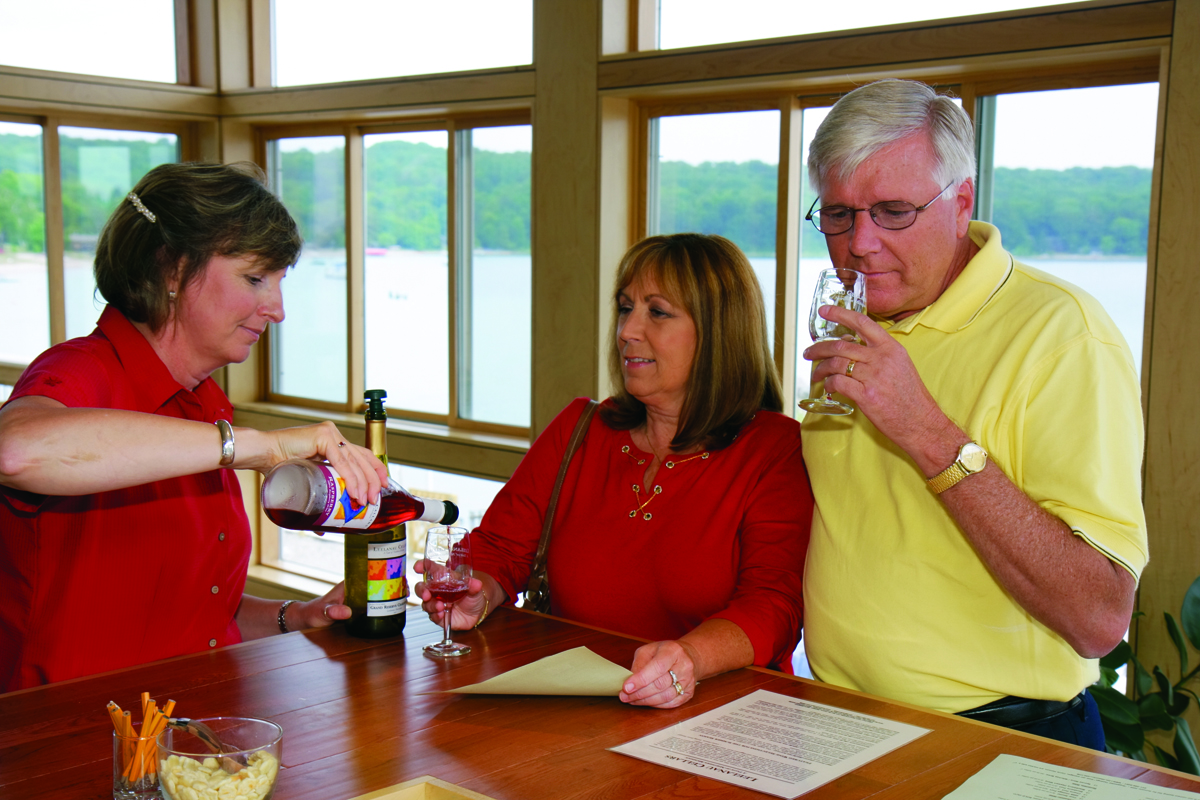 Michigan’s Bel Lago Vineyards & Winery — recognized by Wine Enthusiast magazine as one of four producers redefining American wine — grows an astounding 100 different varietals on its 32 acres and its tasting room features an idyllic view of Lake Leelanau. Proprietor and winemaker Charlie Edson, who is constantly experimenting with traditional vinifera as well as new generation hybrids, states, “We’re always on the hunt for cold-hardy, disease-resistant grapes that make great wine.”

Bel Lago was the first winery in the U.S. to produce a wine with the Auxerrois varietal on the label, a grape more common in Alsace, and last year they produced three different styles of it, including a sparkling version. Edson notes the industry in this northwestern part of the state has made its reputation on white wines, and reports, “As a group we’re making world-class whites.” Bel Lago’s premium red is a blend of 15 grapes called Tempesta, with a backbone of Cabernet Franc. Speaking to the future of Michigan wines, Edson says, “With decades of experience and some really talented winemakers, we’re starting to see a lot of national interest in the state’s wine.”

The Gruet family began producing Champagne in France in 1952, but after meeting other European winemakers who had success with vineyards in New Mexico, the family took a gamble on the distant American Southwest. Purchasing land near the aptly named town of Truth or Consequences in 1984, the Gruets’ vineyards have expanded to approximately 400 planted acres, all above 4,200 feet in elevation. The family continues doing what they do best, creating sparkling wines from their own grapes in the traditional méthode champenoise they used in France. 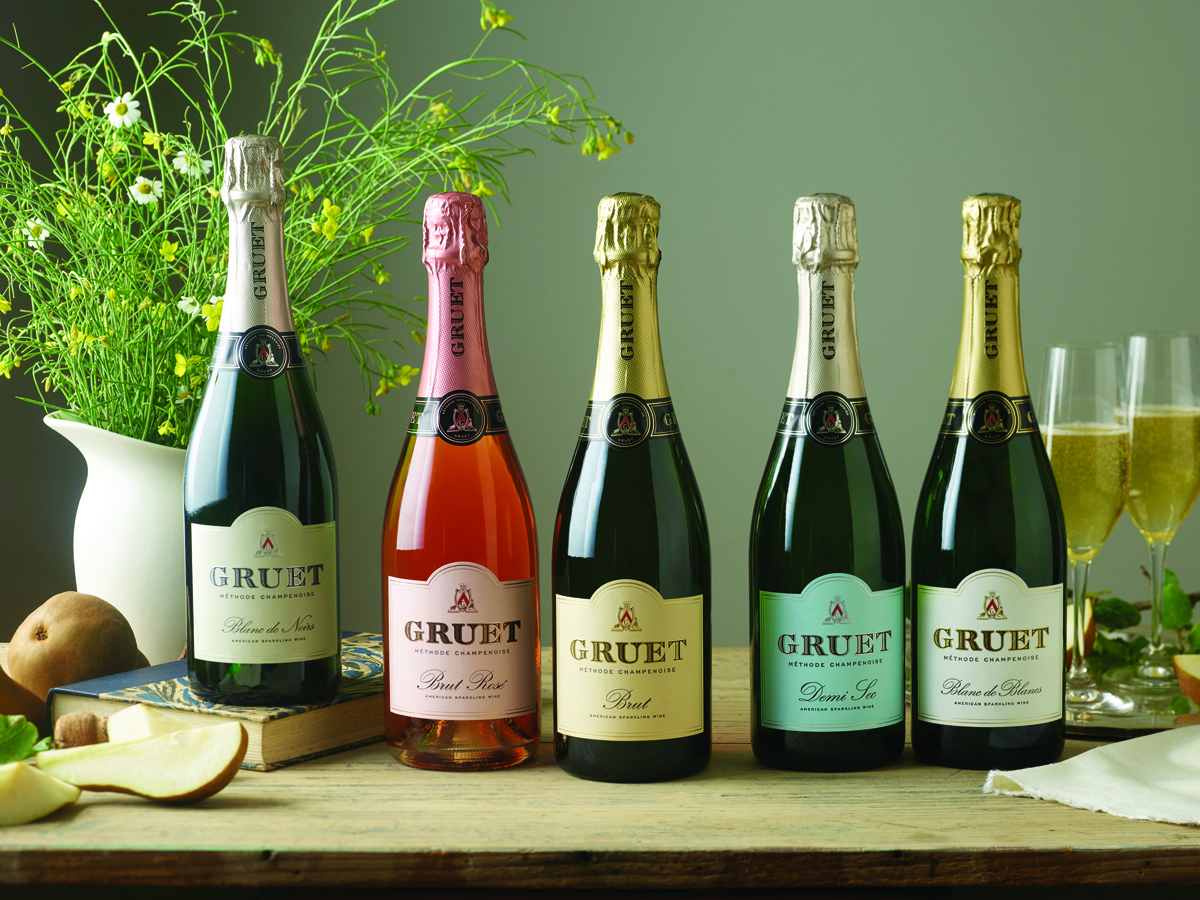 “The sandy loam soils, rich with magnesium, are perfect for growing Pinot Noir and Chardonnay, the principal grapes used in producing high-quality Champagne,” explains founder/winemaker Laurent Gruet, whose winery entered into a partnership with Seattle-based Precept Wine in 2014. New Mexico is far removed from France’s Champagne region, but the winemaker immediately recognized some commonalities. “While the soil type in my family vineyards in France may be different, the principals surrounding good drainage and positioning towards the sun are similar in both terroirs,” he says. In New Mexico, sweeping winds keep the pests away and naturally thin the canopy on the vine, a phenomenon that Gruet suggests enhances the quality of his wines.

Ohio is another burgeoning winemaking state, where the sight of vineyards is becoming more common in a region dominated by corn and soybeans. At Lola, the acclaimed Cleveland restaurant of celebrity chef Michael Symon (one of the Food Network’s “Iron Chefs”), the wine list features many of the world’s most prestigious labels, along with a proud representative from the Buckeye State.

Currently offered at Lola is an ice wine (grapes are harvested after they have literally frozen on the vine) called “Sweet Genevieve” from Laurello Vineyards in Ohio’s Grand River Valley AVA. Lola wine director Damir Terzic reports there are not too many high-caliber, estate-bottled Ohio wines available, but concedes, “That one is phenomenal — it pairs well with foie gras, blue cheese or dessert — and we’re very proud to support that winery.” The Laurello family, which has been growing grapes since 1944, also produces a Cabernet Sauvignon aged in French oak for 30 months, and a Riesling/Gewürztraminer/ Muscat Blanc blend with floral and citrus notes.

The Texas Wine & Grape Growers Association reports that the Lone Star State was the site of the first vineyard in North America, established by Franciscan priests around 1659, and that there are currently eight AVAs in the state. The history of McPherson Cellars dates back to 1976 when Dr. Clinton “Doc” McPherson — considered by many the father of the modern Texas wine industry — founded one of the first post-Prohibition wineries in the state. Today, McPherson Cellars occupies a former Coca-Cola bottling facility in Lubbock’s historic Depot District while the winery’s vineyards are located nearby in the Texas High Plains AVA. Winemaker Kim McPherson, son of the founder, is a native Texan, but studied enology and viticulture at University of California, Davis and learned the business in Napa Valley before returning home.

Noting his winery focuses on Rhône Valley, Spanish and Italian varietals, Kim McPherson says of the Texas wine industry, “We still haven’t found our niche and we’re still a tourism-driven state — everybody wants to have a tasting room — but if we’re going to grow the industry we’ve got to get more recognition outside Texas.” He is, however, buoyed by the 450 medals his wines have won in state, national or international competitions, and comments, “We’ve come a long way and we’re finally growing varietals that really fit our environment.” McPherson adds, “You’ve got to remember, we’re a very young industry, barely 30 years old, and there’re some winemakers in the Hill Country outside of Austin making really good stuff.”

Vineyards are even popping up throughout the American South, where the Mississippi Delta AVA covers portions of Tennessee, Mississippi and Louisiana. Wine has definitely become a coast-to-coast American obsession, with all 50 states — Alaska included, although their wineries tend to import grapes from the lower 48 — now participating in an industry that will continue to explode over the next decade.

Wine connoisseurs love to speak of terroir — the complete growing environment that encompasses climate, soil, topography, etc. — that influences the qualities of wine. With vintners overcoming harsh, inhospitable environments from Michigan’s Upper Peninsula to the American Southwest, the nation offers an incredible diversity of terroirs to challenge winemakers and intrigue wine lovers.